The longtime west Toledo staple for music fans is now set to bring the hits to historic location at former spot of The Paula Brown Shop. 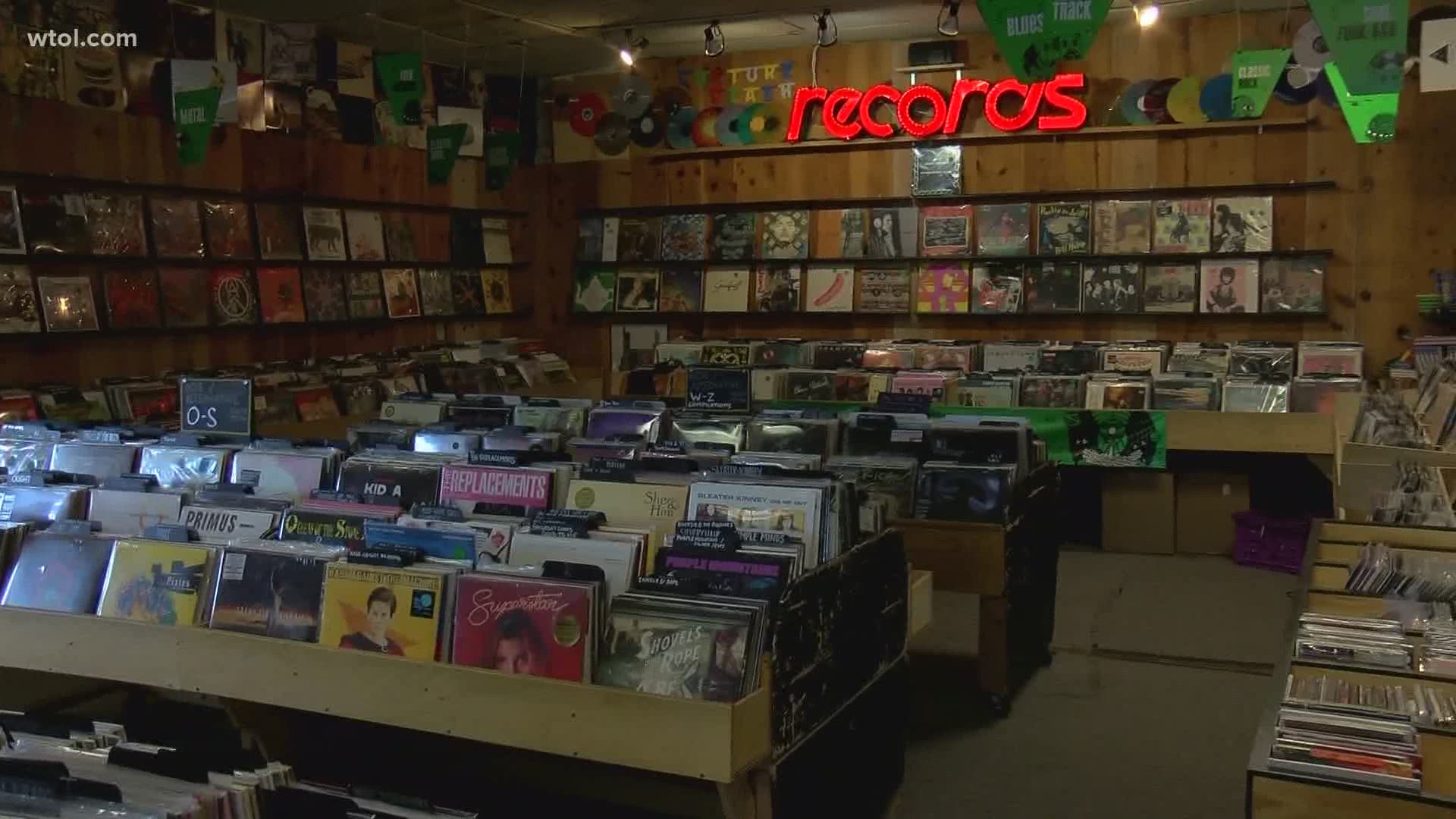 TOLEDO, Ohio — Changes are in store for a well-known staple of west Toledo. Culture Clash is making moves, spinning into a new location at a historic downtown spot on Monroe.

The record store has been around for years. In a way, it was first born as Boogie Records by owner Pat O'Connor, tucked in the strip mall that was demolished to become the new home of Costco and the rest of the re-imagined Westgate Village Shopping Center.

Boogie Records shut its doors just before, in 2004, before rising from the ashes as Culture Clash at Secor and Sylvania.

Culture Clash was hard to miss on Secor. O'Connor lined the roof with vinyl records, creating a visual icon that matched the quirky, fun atmosphere of the record shop that was uniquely "Toledo". It caused a stir at one point, but remained long enough for the lasting impression.

RELATED: Records to stay on roof of Culture Clash in west Toledo

The Secor location was a little less cramped, allowing for more live music and more space for the store's corgi to waddle around and greet customers. O'Connor continued on the spirit of spinning vinyl in an era when mediums changed from records to digital and he and his store were deeply woven into the community. After his death in 2016, Tim Friedman took over.

Even more live music resonated throughout the shop on Secor, with over 100 artists from locally and well beyond holding shows over the past three years.

But now, the future is bright, bold and downtown, according to today's announcement.

912 Monroe St. will soon be the new home of Culture Clash as the record store lifts its west Toledo roots to settle in a historic building in the heart of it all. The Paula Brown Shop closed its doors in 2019, leaving a vacancy next to their pub, which remained in business.

Peter and Paula Brown joined Friedman in a new vision for the building, which has stood for over 130 years. The plan is for a "cultural hub" as the Browns and Friedman partner up to keep the bands playing on.

Due to the ongoing pandemic, there will be no grand opening celebration. Instead, the reveal will come on an appointment-based, socially-distanced slow opening surrounding Record Store Day which this year spans three monthly Saturday events, starting August 29. Further details of the plan will be announced soon.

The existing Culture Clash storefront at 4020 Secor is to remain open for private browsing sessions of the thousands of records in stock through the first week of August. Bookings can be made at cultureclashrecords.com. Pre-ordering new music and curbside pick-up will also be available still until the store closes its doors and boogies on down to downtown. Information on Record Store Day releases from August to October will be posted to their website along with relocation updates.

Culture Clash's move to 912 Monroe St. is set to happen in August.