The call came in as an outdoor fire on Tuesday. A large area of shredded cars and scrap metal were burning, according to TFRD, and the EPA was called to the scene. 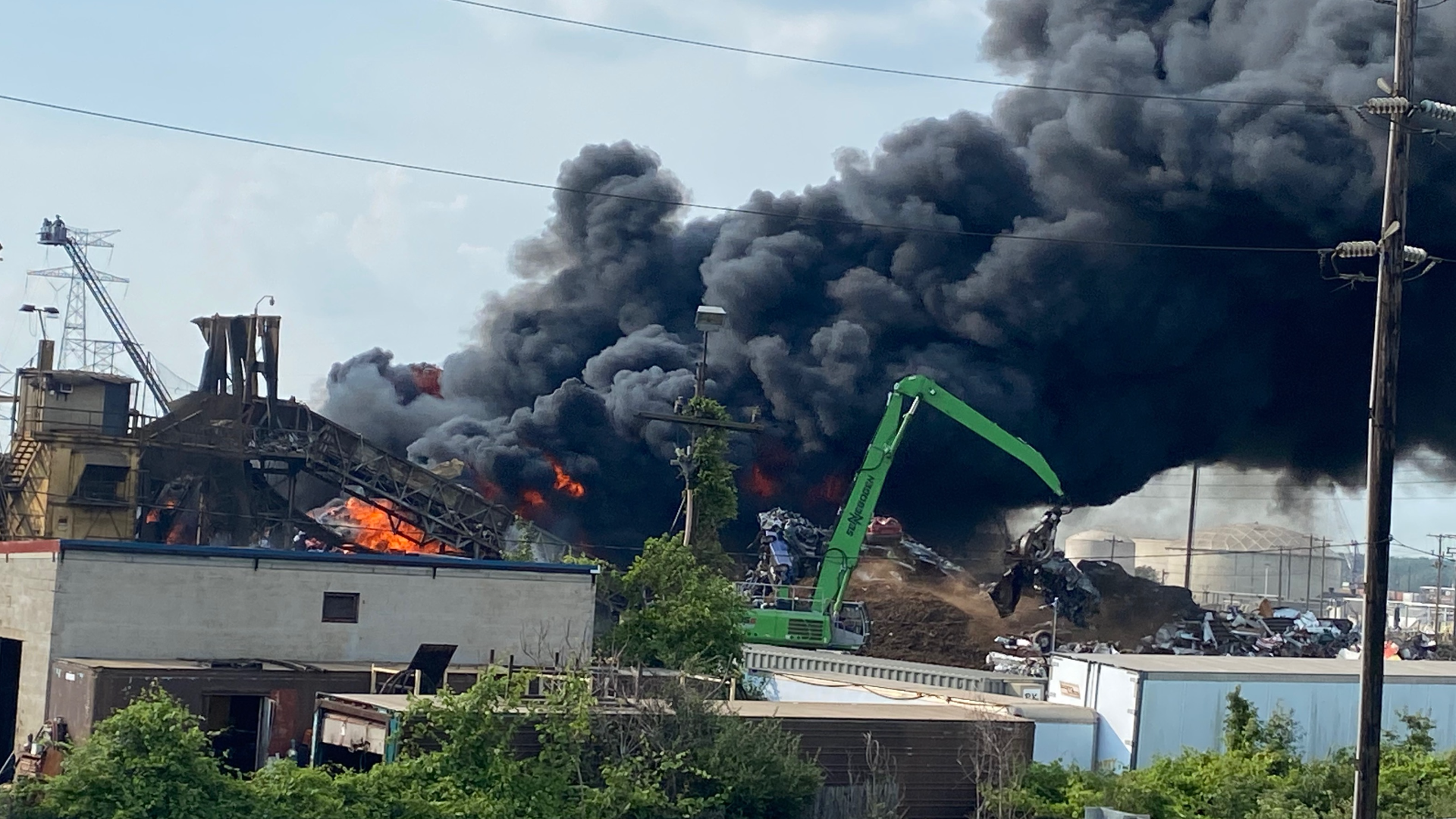 TOLEDO, Ohio — Toledo Fire and Rescue crews are still at the scene of Toledo Shredding Wednesday morning after being called here Tuesday evening for an outdoor fire.

The fire was still burning Wednesday morning, but now appears to be out.

A large area of shredded cars and scrap metal approximately 100’x150’ was burning, according to TFRD spokesperson Pvt. Sterling Rahe.

#ToledoFire crews responded at 5:00pm this evening to a large junkyard fire at Toledo Shredding on the east side. Although mostly contained at this time it initially created water supply and accessibility challenges. We would like to thank Toledo Refinery and BP Refinery for assisting us on scene as well as our neighboring departments that also assisted with mutual aid coverage within the city.

The biggest challenge was finding a water source to get water to the area, but crews were getting the fire under control around 6:45 p.m. on Tuesday, according to TFRD.

TFRD requested mutual aid with Toledo Refinery, who are utilizing their foam operation.

No structures are near the fire.

EPA and City of Toledo Environmental Services also responded to fight the fire.

No injuries are reported at this time.

See that spout on the ladder in the top left corner? They are putting foam on the fire right now at Toledo Shredding to try and knock down the flames.@WTOL11Toledo pic.twitter.com/IOZrVRDYh7

LIVE: Large fire at Toledo Shredding on the East side

This is what the Toledo Shredding fire looks like right now. I could see the black smoke more than 8 miles away on the highway.@WTOL11Toledo pic.twitter.com/kqV0n91NiQ

Credit: WTOL 11
Smoke visible from a fire at Toledo Shredding, seen from the WTOL 11 Fifth Third Cam in downtown Toledo.

Credit: WTOL
Winds near a fire at Toledo Shredding are blowing north and east, so smoke should stay out of the downtown area.