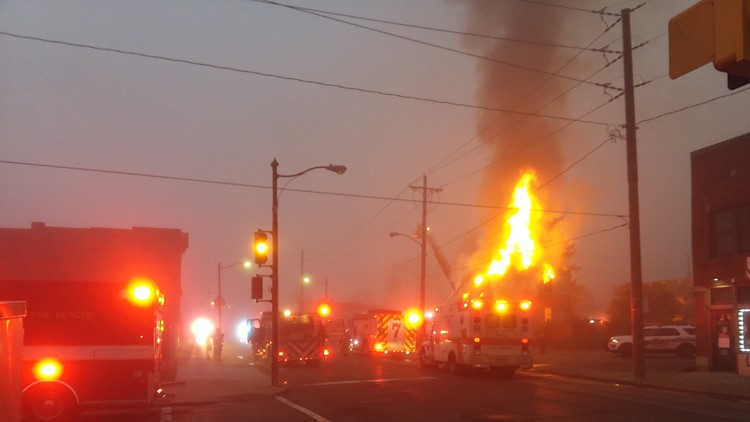 Officials on the scene said first responders were dispatched to the 1,990 block of N. Erie Street around 5 a.m.

There is no word if anyone was hurt but the house was vacant, according to crews at the scene.

All visible fire was out by 8 a.m., although crews were doing a final sweep through the house at that time.

Fire officials say the cause of the fire is unknown at this point and the incident is under investigation. They added the house will need to be demolished.

Calif. retail worker attacked by customer asks shoppers to 'be patient and show a little kindness'
Man who recorded shooting of Ahmaud Arbery arrested for murder