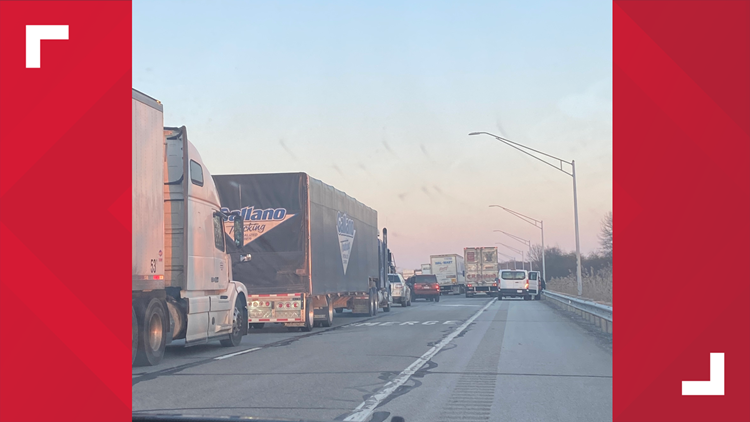 Two people were badly hurt after an accident on the Ohio Turnpike on Sunday evening.

The Ohio State Highway Patrol says 31-year-old Craig Nelson on New Mexico was driving a semi eastbound on I-80 when he rear-ended a Saturn Vue.

Donna was taken to ProMedica Toledo Hospital by air ambulance, while David was taken by Springfield Township EMS to St. V's.

Nelson was not injured in the crash.

Police say neither of the Ottos were wearing their seat belts.

Highway Patrol is still investigating how the semi came to collide with the vehicle. Alcohol does not appear to be a factor.

RELATED: Police chase ends with stolen car on fire on I-475

RELATED: One person dead after crash on Ohio Turnpike