Nick Komives says he wants police to be more easily identifiable. His proposal would require police officers to hand ID cards after every interaction with the public 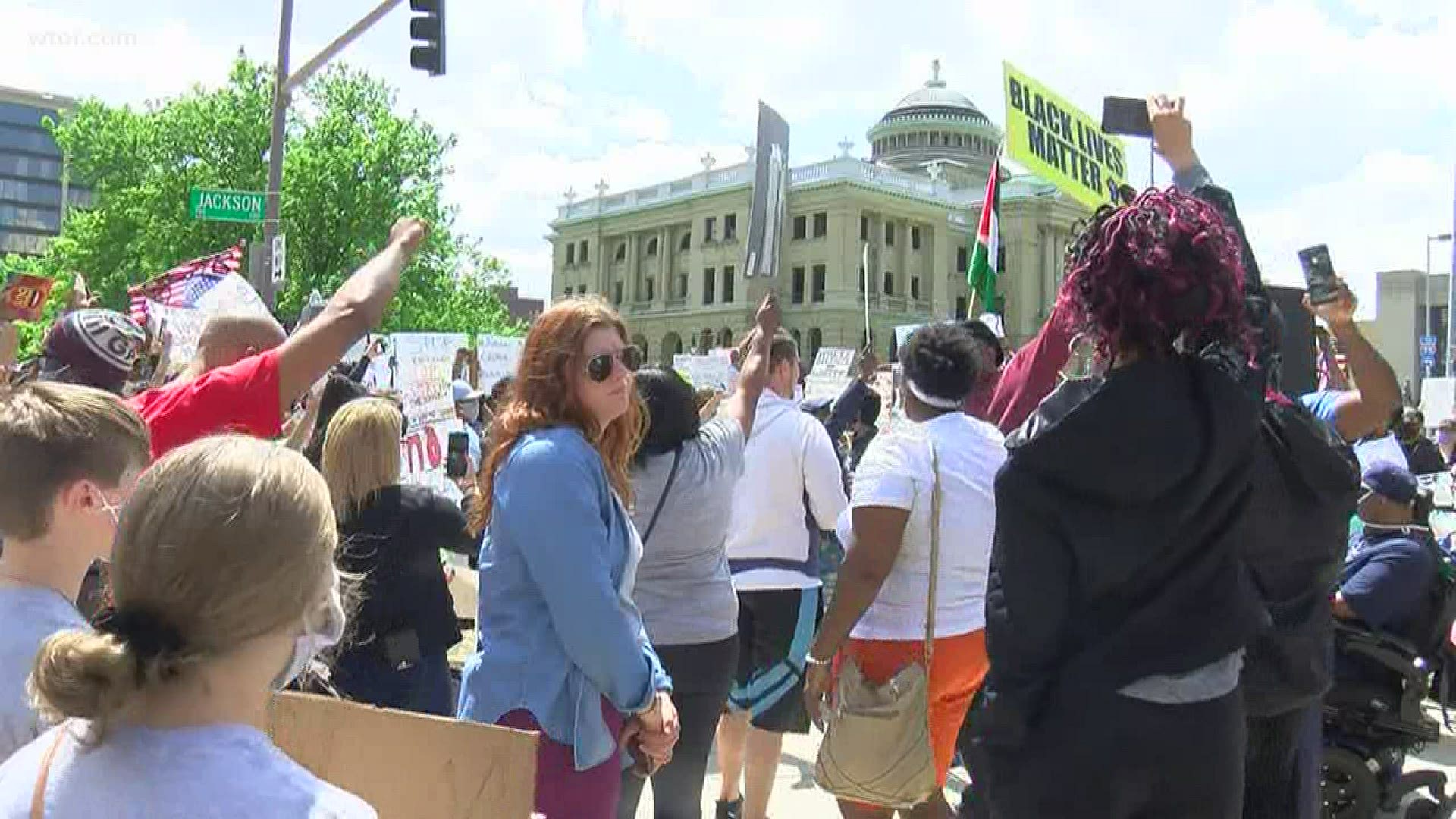 As demonstrators from Black Lives Matter gathered, so did Toledo leaders.

Toledo Council Members Larry Sykes and Nick Komives were two of the faces in the crowd at the protests on Saturday.

"It went well for a while, then it started getting a little agitated and people coming out there standing out front," Sykes said.

At Tuesday's city council meeting, many members spoke about what happened, but Komives announced a new idea sparked from what he saw over the weekend.

"I'll be introducing an ordinance that would require officers that come in contact with civilians to give them a card that has their name and their badge number, as well as a number for folks to call to share what their experience with that officer was like," Komives said.

He says he believes it's a way the community can hold officers accountable. Something he is concerned about after this weekend

"The fear and intimidation that some people feel at the hands of people that serve and protect them really concerns me," Komives said.

"The crowd got out of control and it wasn't all of them, but there were some, most of them were there for the peace, the protest, but then there was those who just wanted to edge it on," Sykes said.

Sykes is interested in Komives' idea, even though, right now, there are still a lot of questions and details that need to be worked out.