Matthews is best known as a talented role player for the Falcons women's basketball team from 2011 to 2015. 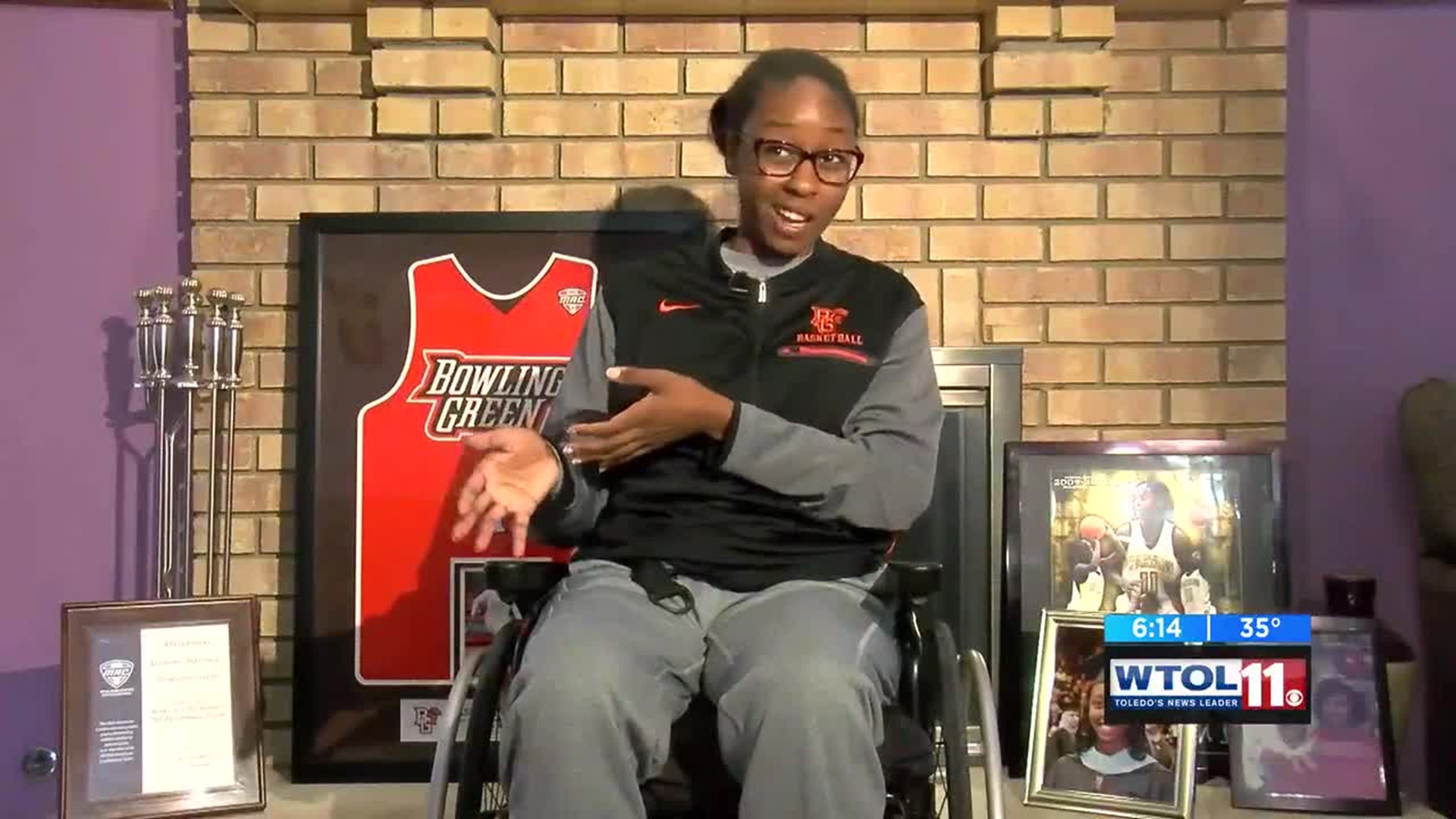 But “former” is the key word there. She's no longer a student, but even if she were, she'd be restricted to a wheelchair because of an autoimmune disease.

Matthews is best known as a talented role player for the Falcons women's basketball team from 2011 to 2015.

Fast forward to present day. Jasmine Matthews no longer plays basketball. That life is a thing of the past.

"I was diagnosed with MS in December of 2017,” she said in an interview with WTOL at her home in Matteson, Illinois, a southern suburb of Chicago.

MS, or multiple sclerosis, is an autoimmune disease that affects a person's brain and spinal cord.

The progression varies based on the person. For Jasmine, it was fast.

"Maybe three weeks later I lost everything,” she said. “Like I completely was disabled and I was scared because I was like, 'OK, I got diagnosed with MS and I know it varies person to person, but I know there are levels to MS.'"

Since then, Matthews has been working to once again learn to walk and use her legs through physical therapy, a slow and painstaking process. But she's holding out hope because there's a stem cell treatment she's eligible for that has previously yielded positive results.

However, the cost of the procedure is an issue for Matthews and her family.

“So if I was an ideal candidate, insurance would automatically clear it and they would pay for the transplant itself,” she said. “But because I’m not an ideal candidate, and I could, this is gonna benefit me, obviously because I am so young and so active, they can’t pay for it. So now I have to ask for help."

But a treatment isn't the end for Jasmine. It's simply a new beginning.

“Once I get my life back I plan on being a Division I official, referee,” she said. “I wanted to be a coach but I think I’m gonna go the official route.”