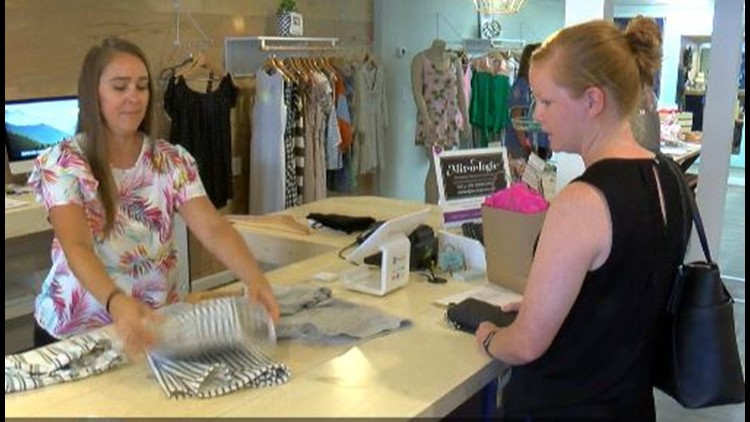 BOWLING GREEN, Ohio — Dozens of locals turned out in downtown Bowling Green Tuesday to support the small businesses that have been impacted by construction.

Sam B's is busier than they have been on Fridays this summer, all thanks to Tracy Hovest's grassroots idea for a cash mob.

"Kinda like a flash mob, but you don't dance, you just spend your cash in town. And with the fair in town and the construction being so impactful on our businesses, I thought it would be a good idea," Hovest said.

What started as a small girl's night out, soon spread around town bringing crowds. Many are heading to more than one location to spend some money.

"My daughter has a schedule for us and we'll be following it," Scott Seelinger said.

The whole idea of the cash mob is to bring people in to small, local businesses in the downtown area.

To business owners, it's not just the increased business they care about, it's seeing their community show support.

"I'm from BG myself, so seeing a lot of people I know from the community coming in to help me out here is really, really cool to see," general manager of The Cookie Jar, Joey Davi, said.

"We got news of this last week, so we've been planning for it, we've been excited for it, and we're just so happy people would choose to come out and support the community this way," owner of the boutique Eden, Kati Thompson, said.

They hope people realize an extra few minutes for parking shouldn't stop them from enjoying downtown.

"We're still here, a lot of us are still plugging away, welcoming people to park in all the rear parking lots and still come down and visit us," Thompson said.

Starting August 1, parking will be free at meters for the rest of the year as a an extra incentive.