Although churches in the area have been holding Juneteenth celebrations for a while, its new recognition as a federal holiday is adding special significance. 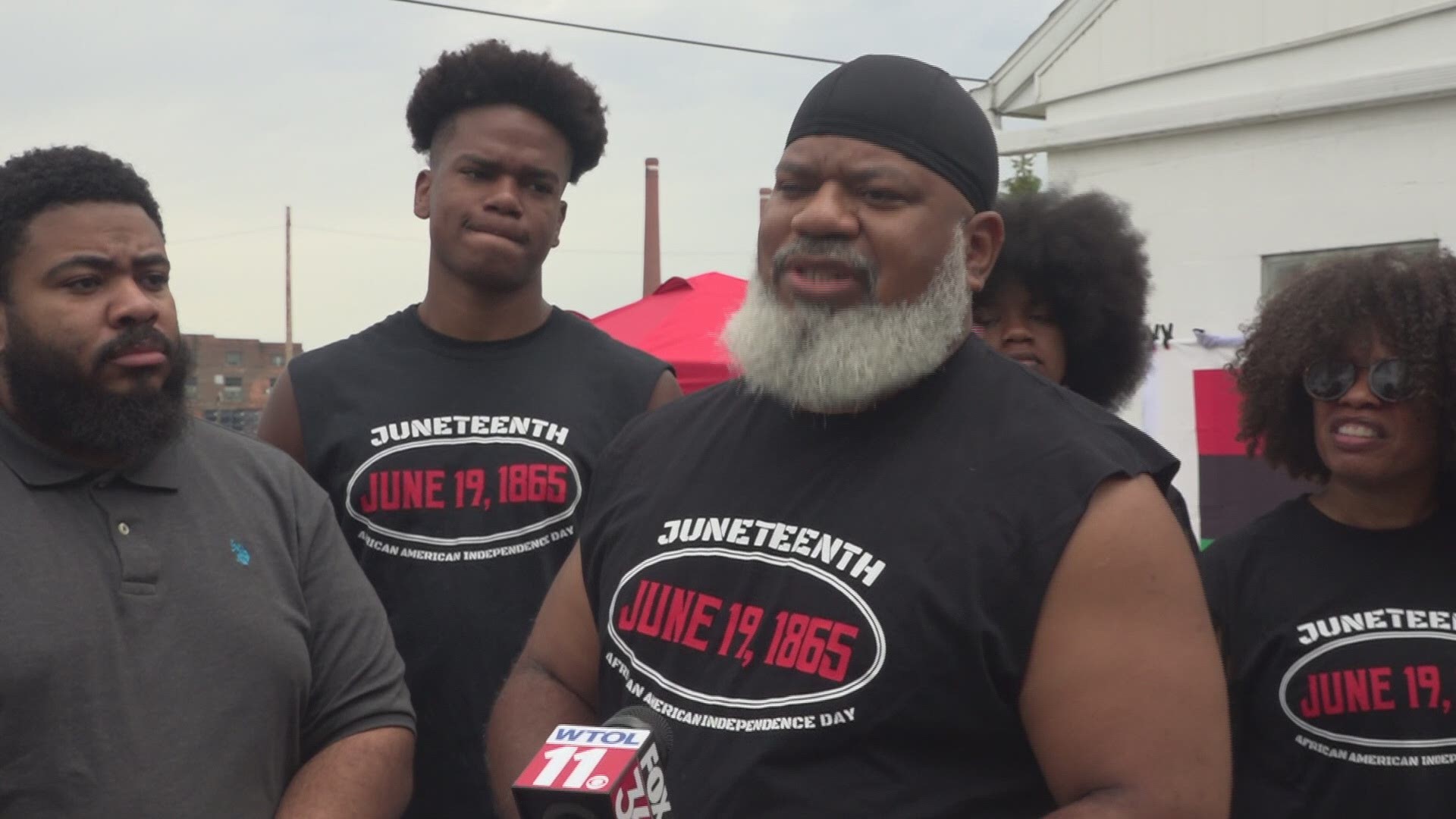 The holiday honors the freeing of the last enslaved African-Americans from Galveston, Texas in 1863, freed more than two years after the Emancipation Proclamation was initially issued.

People in the greater Toledo area marked the significance of the new federal holiday with celebrations on Saturday.

Friends and neighbors of the Rossford First Baptist Church joined together with music, food, and fun, to commemorate the emancipation of enslaved African Americans.

"We do St. Patrick's Day, we do Cinco de Mayo, and now we can have Juneteenth. Where my children, who are behind me, can have a family celebration about our heritage," said Richard Jackson Sr., Rossford First Baptist Church Board Trustee.

This isn't the first time the Rossford First Baptist Church family has held a Juneteenth celebration.

They've been doing it for a decade. But this year is extra special now that Juneteenth is officially a federal holiday.

RELATED: Juneteenth is a federal holiday. What comes next?

"Today is just a special day, because now Juneteenth is a national holiday. We're just wonderfully blessed to have that put into Congress and approved" said Gloria Tisdale, Sunday School Superintendent at the church.

Tisdale says she started the tradition because its history wasn't talked about much in the area and she wanted to change that.

"Juneteenth has always been special to each and every one of the students that have been in my class because it's our background," said Tisdale.

Over the years, June 19 has become a day for them to celebrate who they are and their history.

At the church, they strive to make their Juneteenth celebrations about coming together as a family and community.