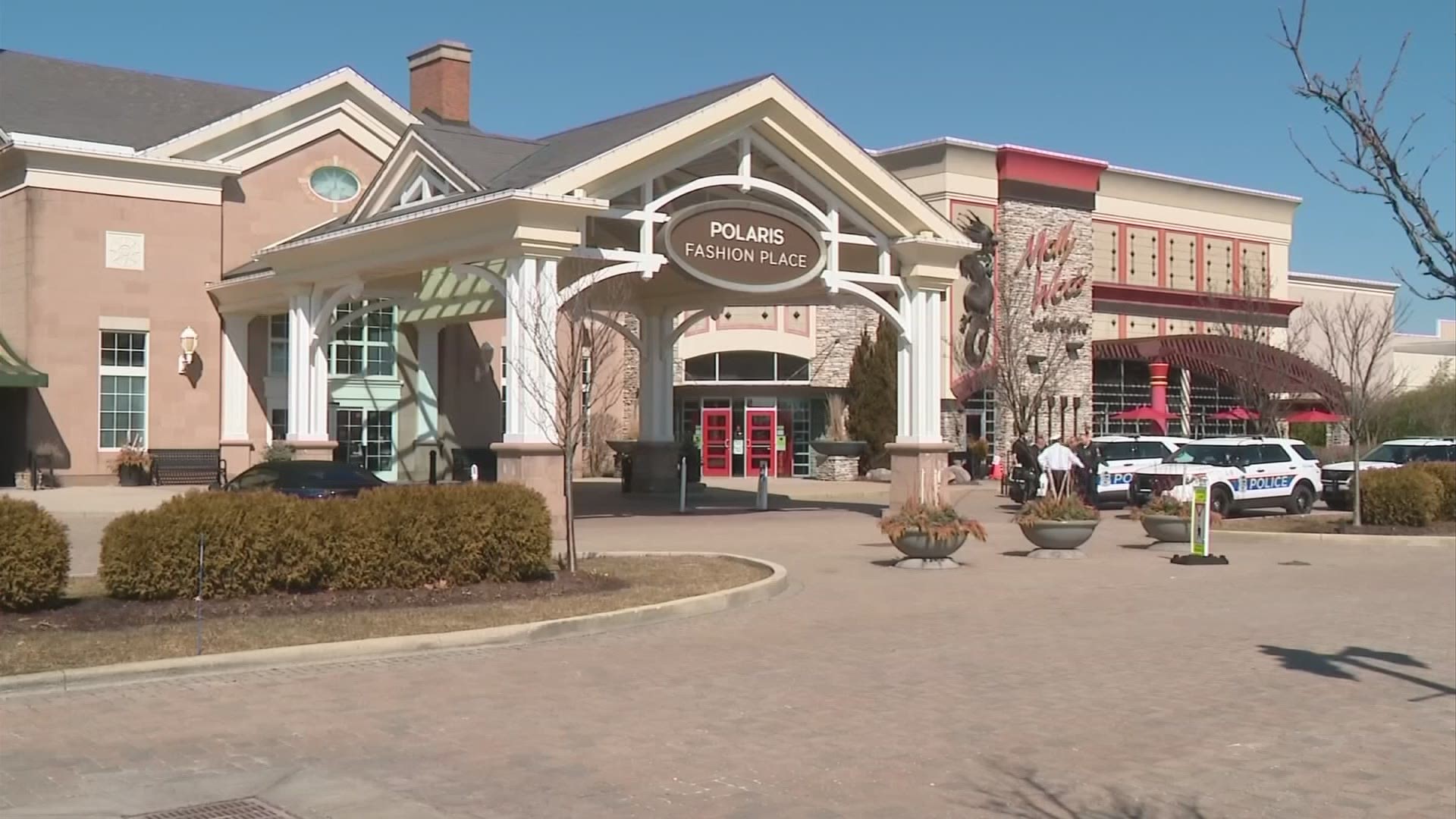 COLUMBUS, Ohio — The Columbus Division of Police has released more than 350 audio files, including 911 calls and radio traffic, following Wednesday’s shootout at the Polaris Fashion Mall.

Callers can be heard describing how many gunshots they remember, where they were in the mall and many describe seeing shoppers running in different directions.

One caller identified herself as being the store manager at the Carter’s Osh Kosh store, where police say the shooting happened.

“He wasn’t robbing me, he was shooting at somebody in my store,” she told the dispatcher.

The store manager says when the shooting started she and some others ran to the store’s backroom.

She told the dispatcher the shooter was with a woman who was in a tan jumpsuit and wore a long blonde wig and a Gucci baseball hat. According to the employee, the woman was also pushing a baby stroller.

The employee can also be heard trying to calm down a child or children who were in the room with her while juggling her own emotions.

After almost 13 minutes on the phone with the dispatcher, the employee says police arrived at her store and knocked on the backroom door.

Columbus Police continue to search for two suspects in the shooting and are asking anyone with information to call them.