The community has raised thousands of dollars to help the four businesses affected by a fire. 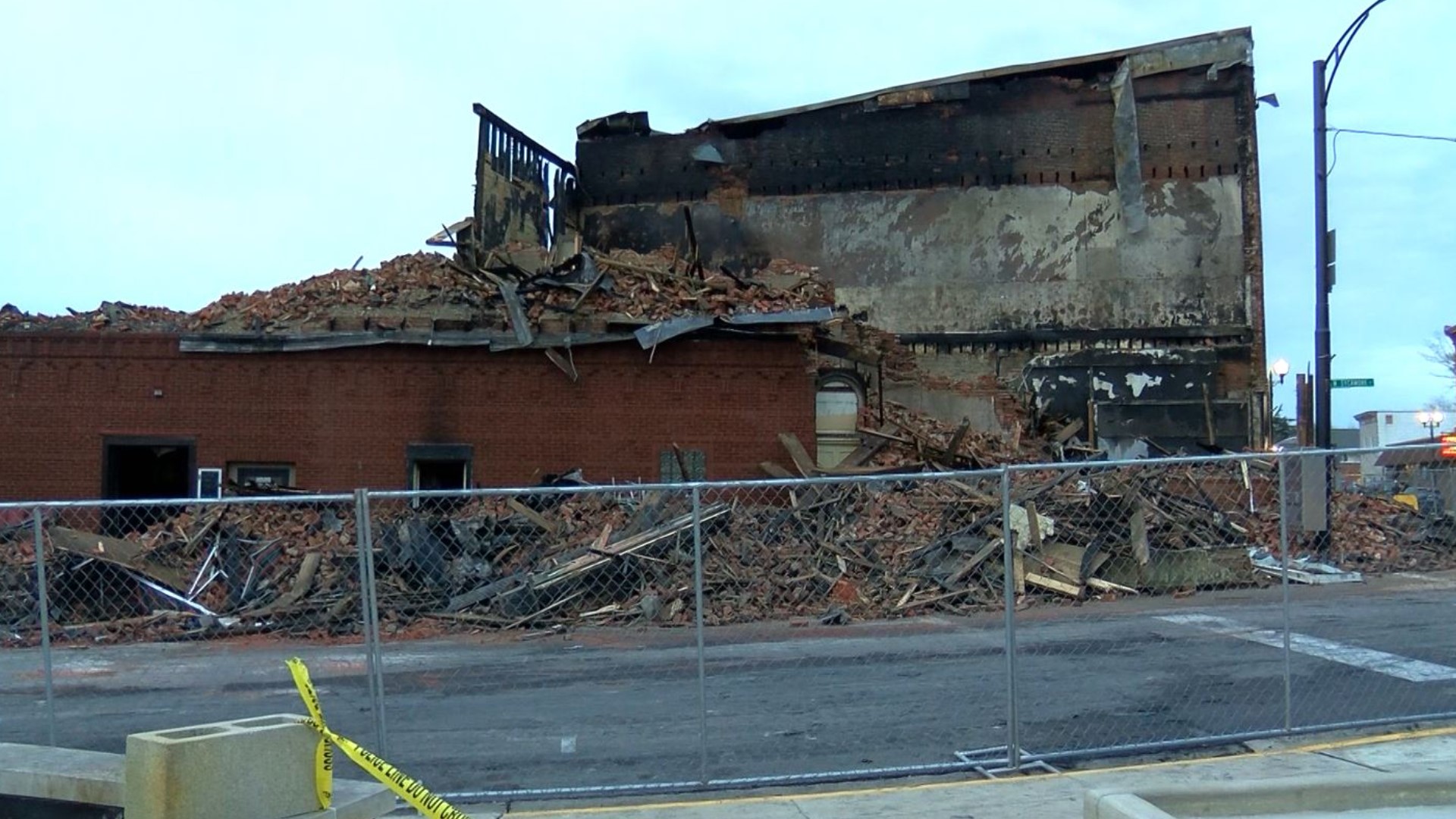 TOLEDO, Ohio — Four local businesses in Putnam County are still picking up the pieces after a fire ravaged their shops earlier this month.

Now, the businesses are trying to pick up the pieces after losing their shops.

"This was a dream of mine and I watched it burn away last Friday," Rowdy Rooster Cafe owner Bradley Wright said.

Wright had just closed on the sale of the Rowdy Rooster Cafe in September. It took months of hard work and delays to buy the business because of the pandemic. And then last week, the fire hit.

"We were just there Friday morning working, and then it was gone the next day," he said.

"It's kind of a loss because I'm up there every day," Pizza 101 owner Todd Hoffman said. "And right now, I feel like I should be going up there right now. And it's like there's a hole in my heart."

Hoffman says it's been an emotional week, especially with the Thanksgiving holiday. And they still have so much to be thankful for. The community has stepped up to help businesses in a big way.

Wright and Hoffman say they don't have words for how grateful they are to the community for all the support.

"This is what small communities are all about helping one another and I'll never forget it," Hoffman said.

Support is coming also from a t-shirt drive, donations from local banks and more. The businesses cannot wait for the day they can reopen.

"We'll see how everything pans out and we're hoping to rebuild," Hoffman said.

"It will be heaven," Wright said. "It will be a sigh of relief and probably one of the happiest days of my life except for my kids being born. I love that place and cannot wait to get back to it."