The owners of the almost 200-year-old house are working on establishing a non-profit to host virtual tours and exhibitions. 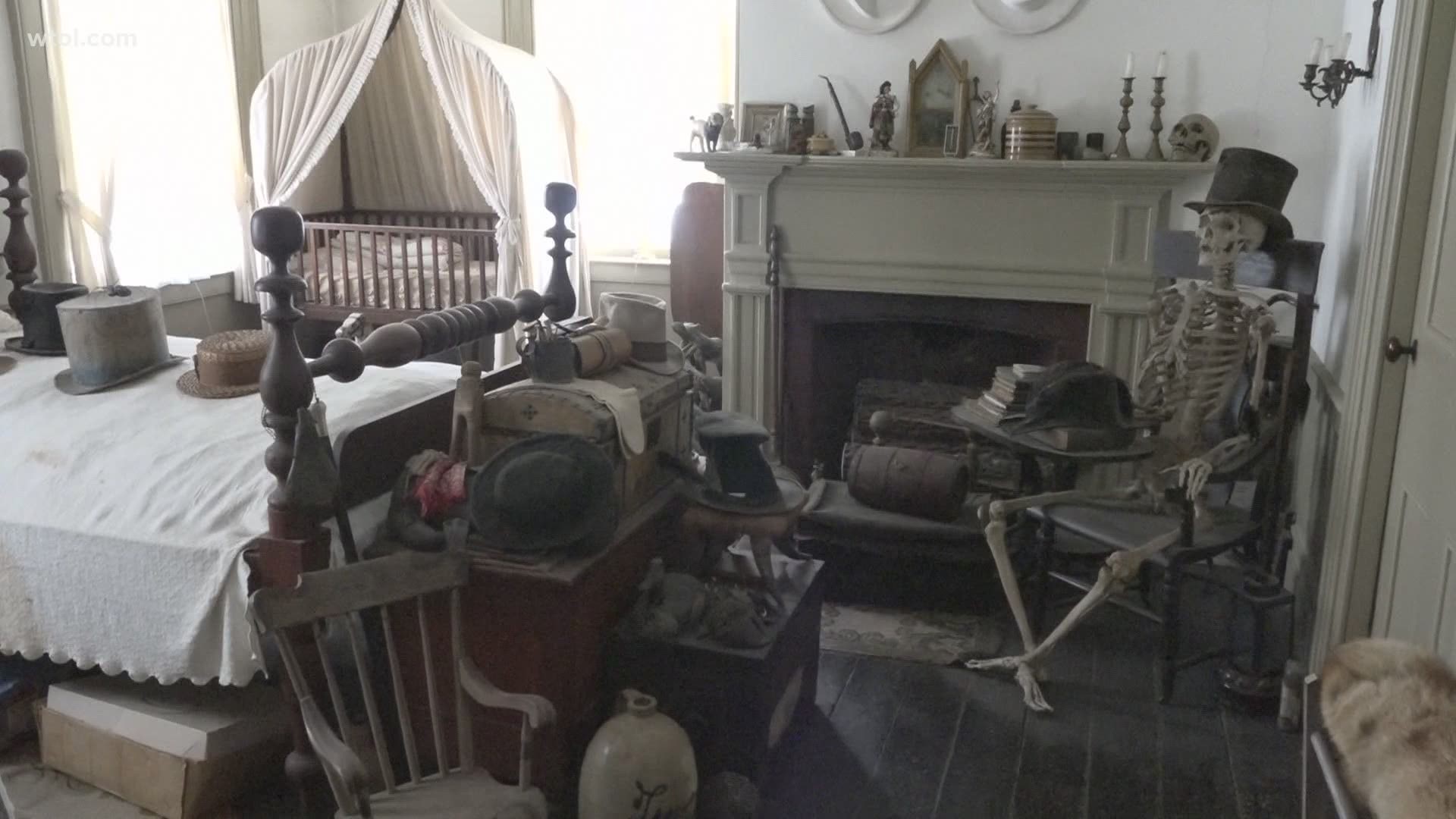 WATERVILLE, Ohio — The owners of a historic house in Waterville have made it a goal to rekindle your love for history.

They admit the house may be haunted, but you won't even have to step foot inside once they're finished with their project.

The Columbian House sits at the corner of River Road and Farnsworth Road.

Tom Parker and his wife are the owners. They say the house is most famous for occupants more paranormal than the Parkers.

"Realistically, the building's survived 193 years. A lot of people have lived and died here. And so if you are into that sort of thing, if there are spirits here and energy, it'd certainly be a likely place for it to exist," said Tom.

They showed WTOL 11 what they believe to be proof that there have been sightings of ghosts inside the house. They've taken multiple photos where you can see cloudy images of what looks like a person.

Credit: WTOL 11
Two photographs appearing to show cloudy figures at the Columbian House. According to the owners, these are apparitions and proof that the historical house is haunted.

But there's a lot more here than what meets the eye.

There's an immense collection of history that Parker says he feels he needs to share with the world.

"Our intention is to establish a non-profit entity that would control the Columbian House and some historic artifacts that are available to us exclusively that are held in trust," said Parker.

Which Aggie Alt, a partner of the Parkers, says they intend to share online with virtual tours and exhibitions.

"It's a staple here and it's, it's such an important building that we don't want to destroy what makes it so special by changing it to have people come through," Alt is also the owner of The Old House, a vintage store in downtown Waterville.

The Columbian House has even caught the eye of PBS programming, which has agreed to do two documentaries.

"They were doing a PBS special on historic ghost buildings. But then once they got talking to the Parkers, they realized there's so much here than just the ghost element," said Alt.

It's momentum for the growth of the Columbian House and its future virtual museum.

"Became a lifelong love affair and I'm hoping I can let somebody else enjoy the same buzz that I got from owning it," said Tom.

PBS is looking to start filming with the historic home next month and air the show by December.