Union representatives says they plan to strike until they reach a fair contract for all parties involved. 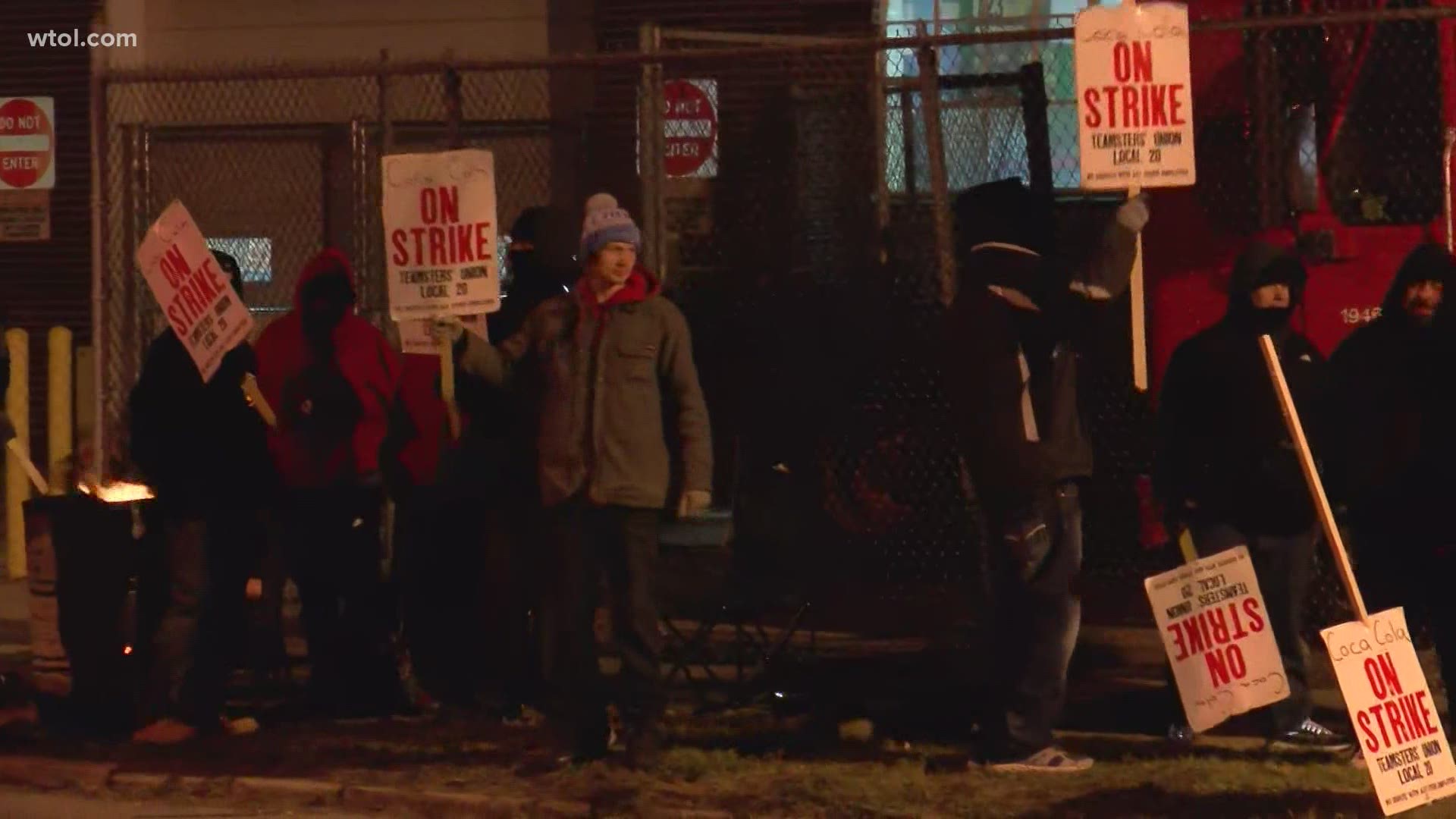 TOLEDO, Ohio — Workers at the Coca-Cola Bottling Company in north Toledo are on strike, already planning for the days ahead after they walked off the job just after midnight Sunday.

Dozens of members with Teamsters Local 20 started striking at 12:01 Monday morning, fighting for what they call a better health care agreement.

Many of employees waved signs which read, "Coca-Cola On Strike."

Tim Brown, a recording representative with Teamsters Local 20, says this comes after the union and the company started negotiating back in September.

One of the biggest issues, the union says, is the cost of health care.

"We're looking for a fair contract for all involved. The sticking points that we're at now are an increase health care cost, and minimal wage increases to offset that," said Brown.

Over the course of tentative agreements, union leaders say the company overwhelmingly rejected both.

"Well listen, in the middle of this pandemic these guys, they worked through it. They never missed a beat and they worked for long hours and they deserve a fair contract. And health care is part of that," said Brown.

Coca-Cola Consolidated released the following statement regarding the strike:

“We are disappointed with the Union’s decision to take our teammates out on a strike. We do not believe this action is in the best interest of our teammates. We greatly value the contributions of our Toledo teammates and had put forth a very fair and equitable offer during our contract discussions. We have a plan in place to prevent interruptions to our business operations so we can continue to serve our customers and consumers in the best way possible.”

Right now, the union says it's prepared to strike until it reaches a fair deal. However, they are working to schedule some meetings and try to find a resolution.