The Woodville Road Save-a-Lot closed two months ago. It was the only store for miles with fresh produce. 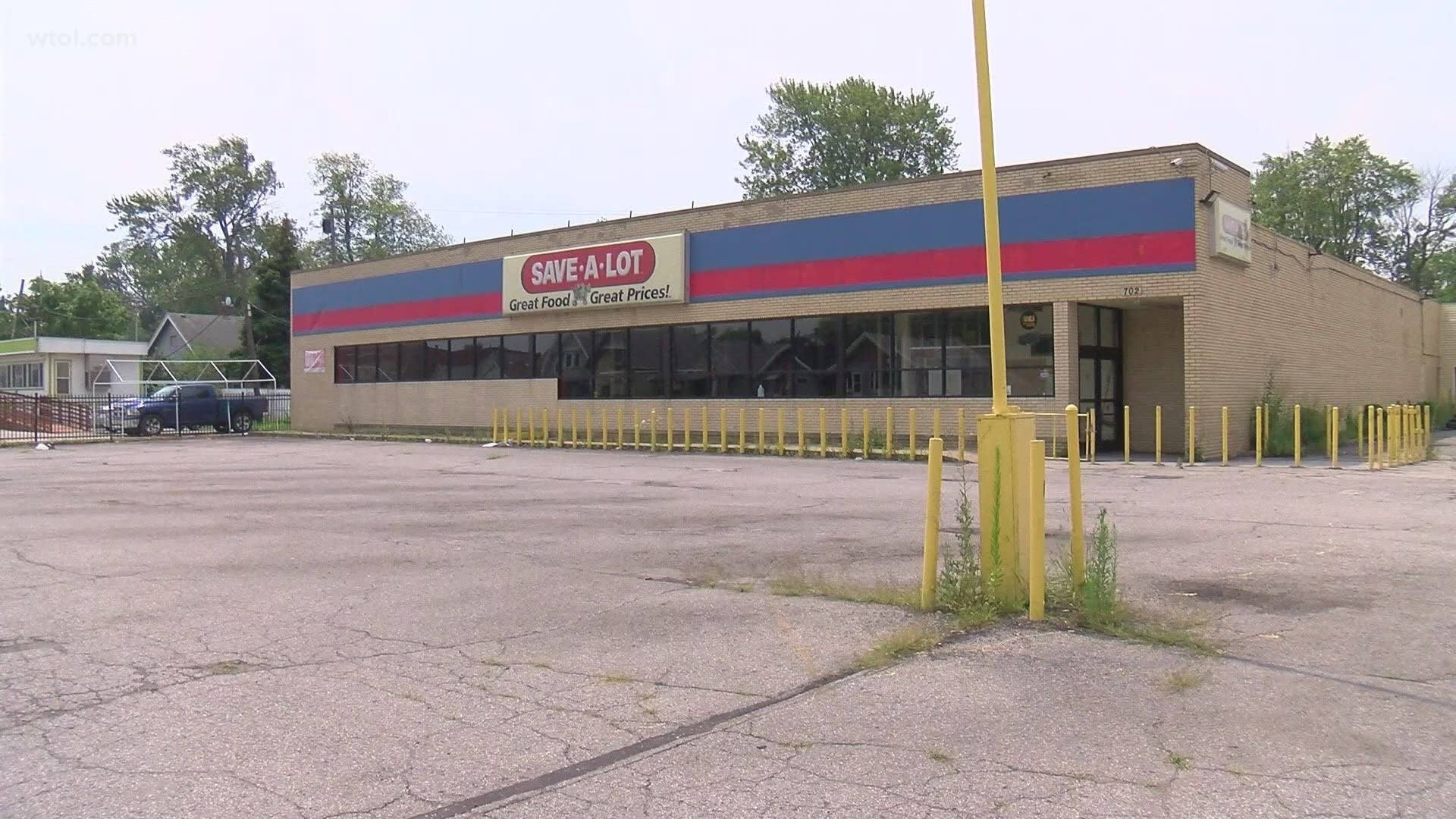 TOLEDO, Ohio — Two months ago, the Woodville road Save-a-Lot in east Toledo closed its doors for the last time.

Save-a-Lot was the last store in the area that carried fresh produce.

The lack of access to fresh produce has resulted in what's called a food desert.

"[There's] no fresh food, no fresh vegetables, or anything like that in this neighborhood," said Alfonso Narvaez, a community activist who is trying to bring attention to the issue.

That lack of food resources is now putting a major strain on area residents.

For non-drivers in particular the change is crippling.

Chris Eames is one of those locals who doesn't have access to a car, and he says getting groceries has now become incredibly challenging for him and his family.

"It changes my life a lot. I mean, now I have to walk all the way to Toledo Food Center all the time. It's like the best place to go to would be this place," said Eames.

Eames' walk is a sixteen-minute hike, one way, just to grab food for his family.

And it's not just the loss of a place to get fresh food, the closing of the grocery store is having other serious effects on the greater community.

RELATED: Beautifying Toledo: friends on mission to revitalize neighborhood and beyond

With no quick resolution in sight, it's a frustrating time for neighbors in the area.

They say that seeing essential businesses like grocery stores leave means that there's major work that needs to be done.

Anthony Kaczmarek, another Woodville Road resident, expressed that the root of the issue comes from businesses not wanting to stay in the area.

"Revitalize the area. It needs some rebuilding...it needs some incentives to bring businesses back here," said Kaczmarek.

Currently, the nearest stores offering fresh produce to the area are the Toledo Food Market on Main St. and the Kroger and Meijer stores in Oregon.