An ODOT official says that the Cleveland Division of Police was asked to take the sign down and originally complied. Now, the sign is back up on I-90. 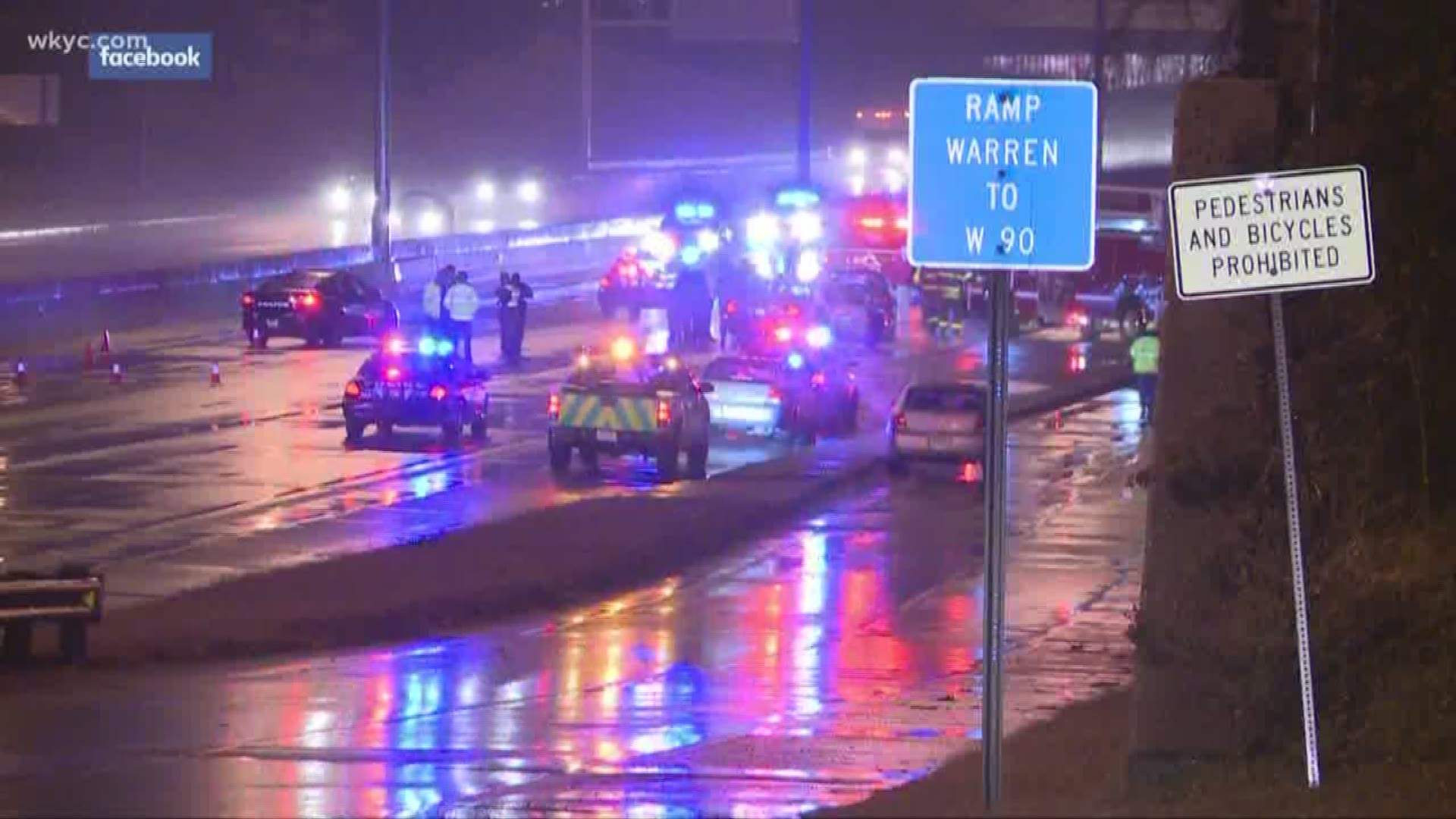 CLEVELAND — Editor's note: The video in the player above is from a previous reporting, published on Nov. 16, 2018.

Officials with the Ohio Department of Transportation (ODOT) are facing an uphill battle when it comes to removing what they say is a "non-permitted" sign honoring fallen Cleveland Division of Police officer David Fahey.

According to Public Information Officer Amanda McFarland with ODOT, the Ohio agency is responsible for the installation and upkeep of the brown road sign placed on I-90 near West 117th Street in Cleveland. However, a recently installed Thin Blue Line flag memorializing the fallen Fahey is causing a stir due to its unauthorized placement.

Fahey was tragically killed in 2017 while directing traffic on I-90 near the current site of the memorial placard on the highway.

RELATED: What lessons can we learn after death of Officer Fahey?

Credit: Dave Ramnarine
A memorial site on I-90 west in honor of fallen Cleveland Division of Police officer David Fahey.

"ODOT received a complaint about a non-permitted sign attached to the permitted memorial sign for Office Fahey on I-90 east. In response, ODOT reached out to the Cleveland Division of Police (CDP) and asked them to remove the non-permitted sign, which they did," McFarland told 3News.

However, McFarland says that ODOT officials were recently made aware that the memorial sign was reinstalled, again without permission.

"ODOT spoke with CDP this week and explained why the sign needed to be removed and requested they do so. We will continue working with CDP on this topic," McFarland said.

The ODOT PIO says that the "non-permitted" sign poses a safety risk to drivers on the roadway and that they have already received several complaints since the reinstallation of the sign.

"Any item put in the public right-of-way along our roadsides must adhere to state and federal regulations," McFarland said. "If an item poses a safety hazard, impedes our ability to do our job, or we receive complaints, ODOT’s standard procedure is to attempt to identify the owner and reunite them with the item."

3News reached out to the Cleveland Division of Police for comment but did not receive a statement at the time of publication.