Just how smelly is the 'Corpse Flower' at Cleveland Metroparks Zoo?

Mike Polk Jr. gets a whiff of the rarely blooming Titan Arum 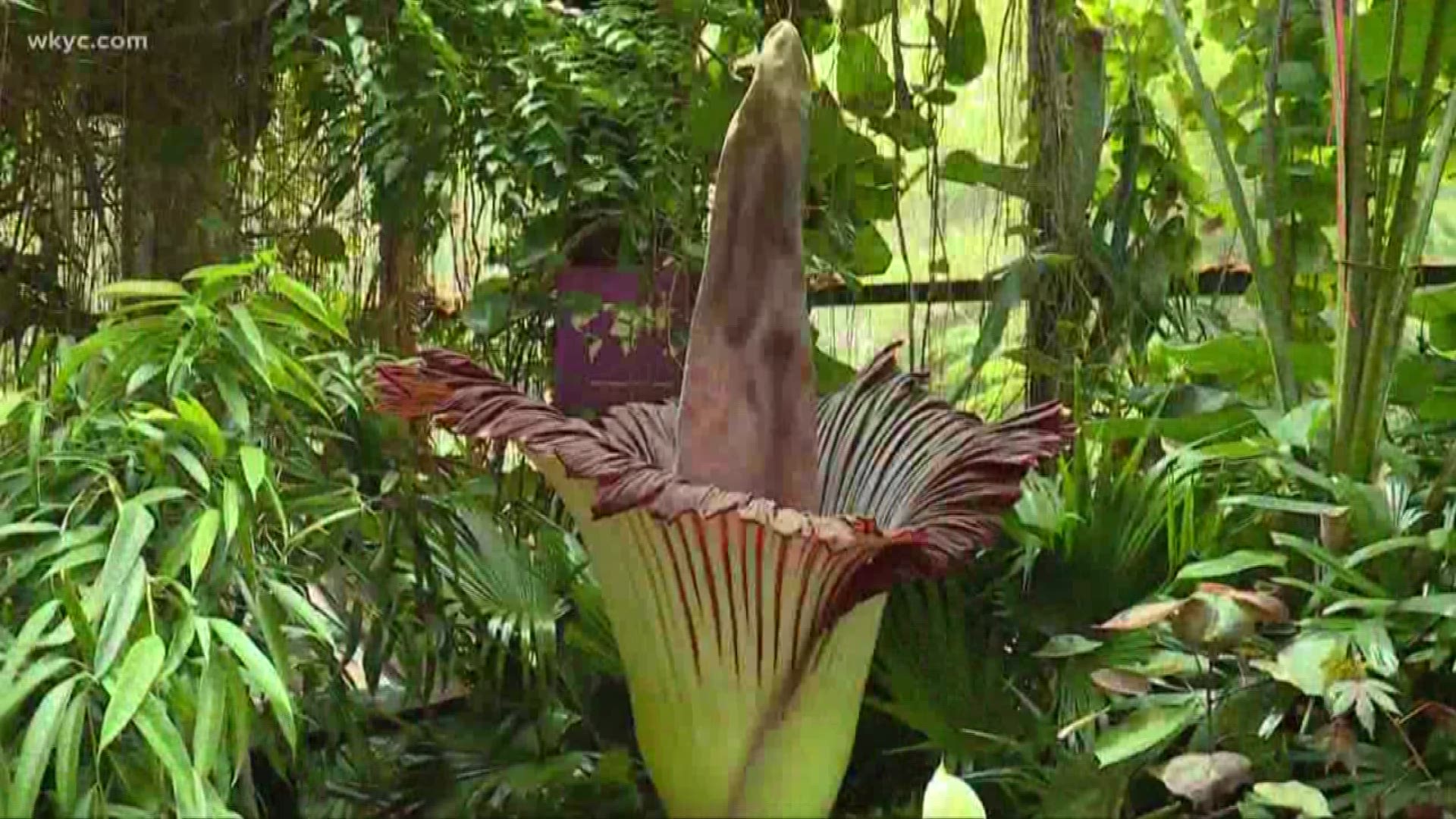 CLEVELAND — The RainForest at Cleveland Metroparks Zoo saw quite the crowd on Wednesday, lining up for the chance to take a look at, and a smell of, the Titun Aram plant - better known as the "corpse flower" for it's pungent odor.

This particular plant, named Cronus, has called Cleveland home since 1995, and has only bloomed four times in the past 25 years. Its bloom usually lasts just about 24-48 hours.

You can watch a live stream of the zoo's corpse flower as we see it bloom HERE:

But just how bad could such a beautiful plant smell? WKYC's Mike Polk Jr. was on hand to find out. Watch his report in the player above.