The early cause of the fire is accidental, possibly from an electrical issue. Cleveland Fire estimates $2,500 in damage. 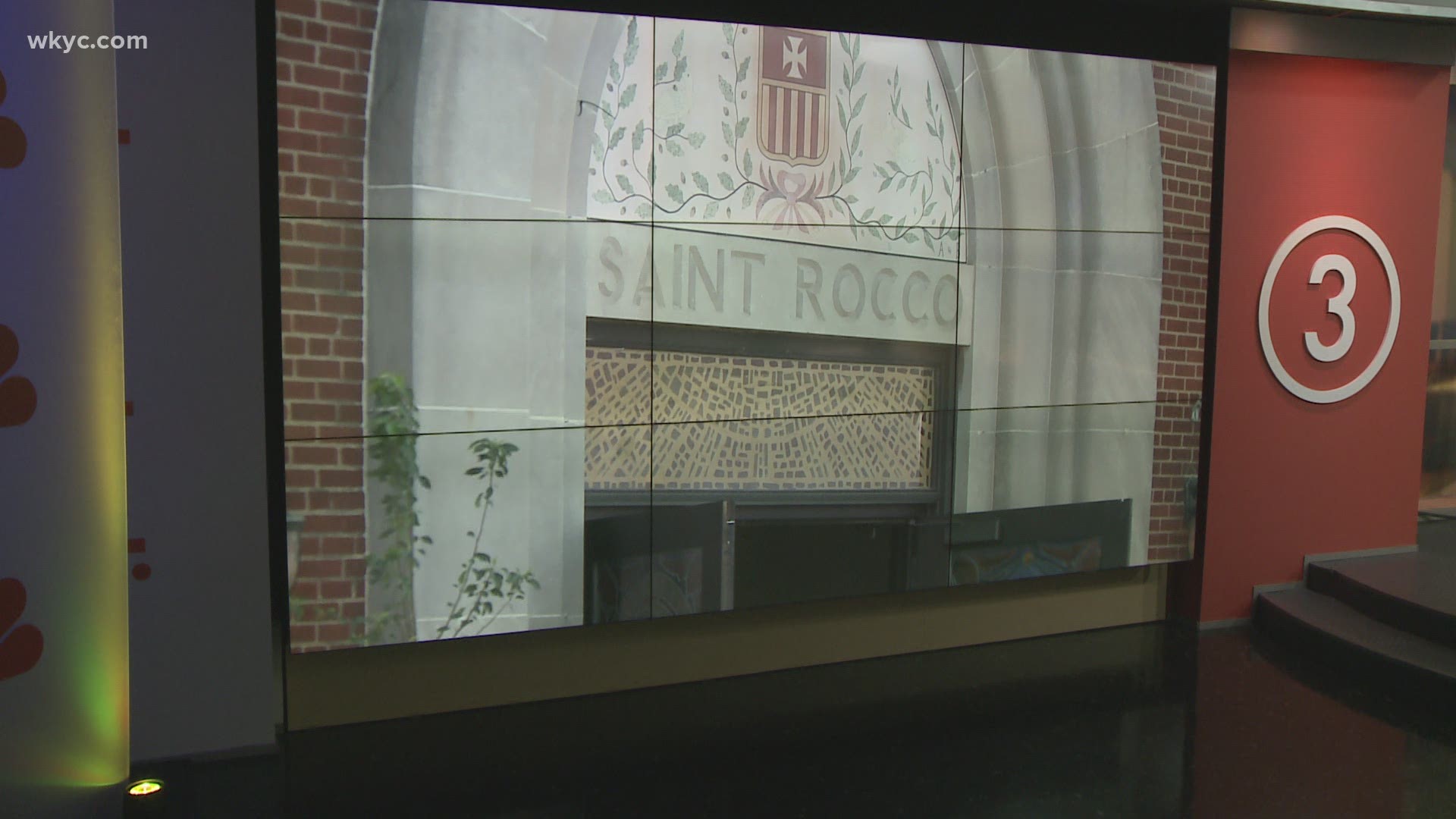 CLEVELAND — A fire at Saint Rocco's church in Cleveland, on Fulton Avenue, started in the gym ceiling and sent a firefighter to the hospital Saturday night, according to the Cleveland Divsion of Fire.

They also say 40 firefighters fought the flames that began around 7:30 p.m. The injured firefighter is from Rescue Squad 2, and was transported to the hospital in stable condition for an injury to the face.

The early cause of the fire is accidental, possibly from an electrical issue. Cleveland Fire estimates $2,500 in damage. The Cleveland Catholic Diocese had no additional comment on the fire as of Sunday morning.

Saint Rocco's is the oldest Italian parish on Cleveland’s west side, established in 1914, according to the company's website.

Editor's Note: The below video is from a previously published, unrelated story