The decision to temporarily suspend operations comes as the result of an abundance of caution. 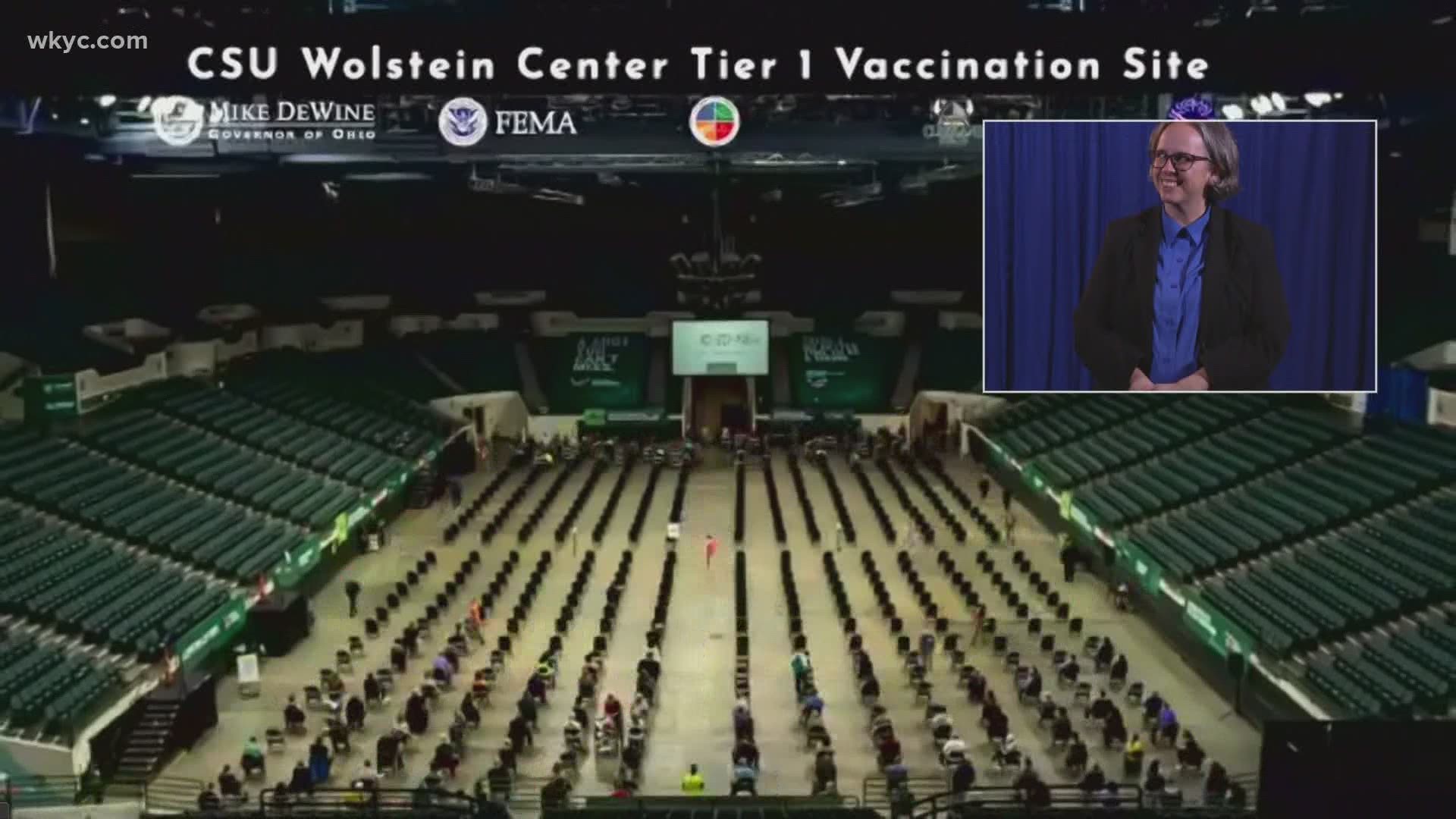 Brig. Gen. Rebecca O’Connor, the Joint Task Force Commander in charge of the federal mass vaccination clinic at the Wolstein Center made the decision, citing "an abundance of caution to ensure the safety of the community members as well as all of the civilian and military personnel administering the vaccines and operating the site." On Tuesday, Chauvin was found guilty of all three counts he faced -- second-degree murder, third-degree murder and second-degree manslaughter -- in the killing of George Floyd.

Floyd's murder last May sparked civil unrest across the country, including in downtown Cleveland, where an initially peaceful protest turned violent and resulted in several buildings and businesses being damaged. Earlier on Tuesday, Cleveland Mayor Frank Jackson and Police Chief Calvin Williams said the city had been planning safety precautions in advance of the announcement of the Chauvin verdict.

"Rest assured, we are prepared for anything and everything," Williams said when asked about any possible demonstrations in Cleveland after the Chauvin verdict. "We have a plan in place."

The mass vaccination scheduling center said that it will contact those who had appointments on Tuesday night to reschedule. Additionally, community members can call 1-866-982-1979 if they want to reschedule appointments at an alternate location.