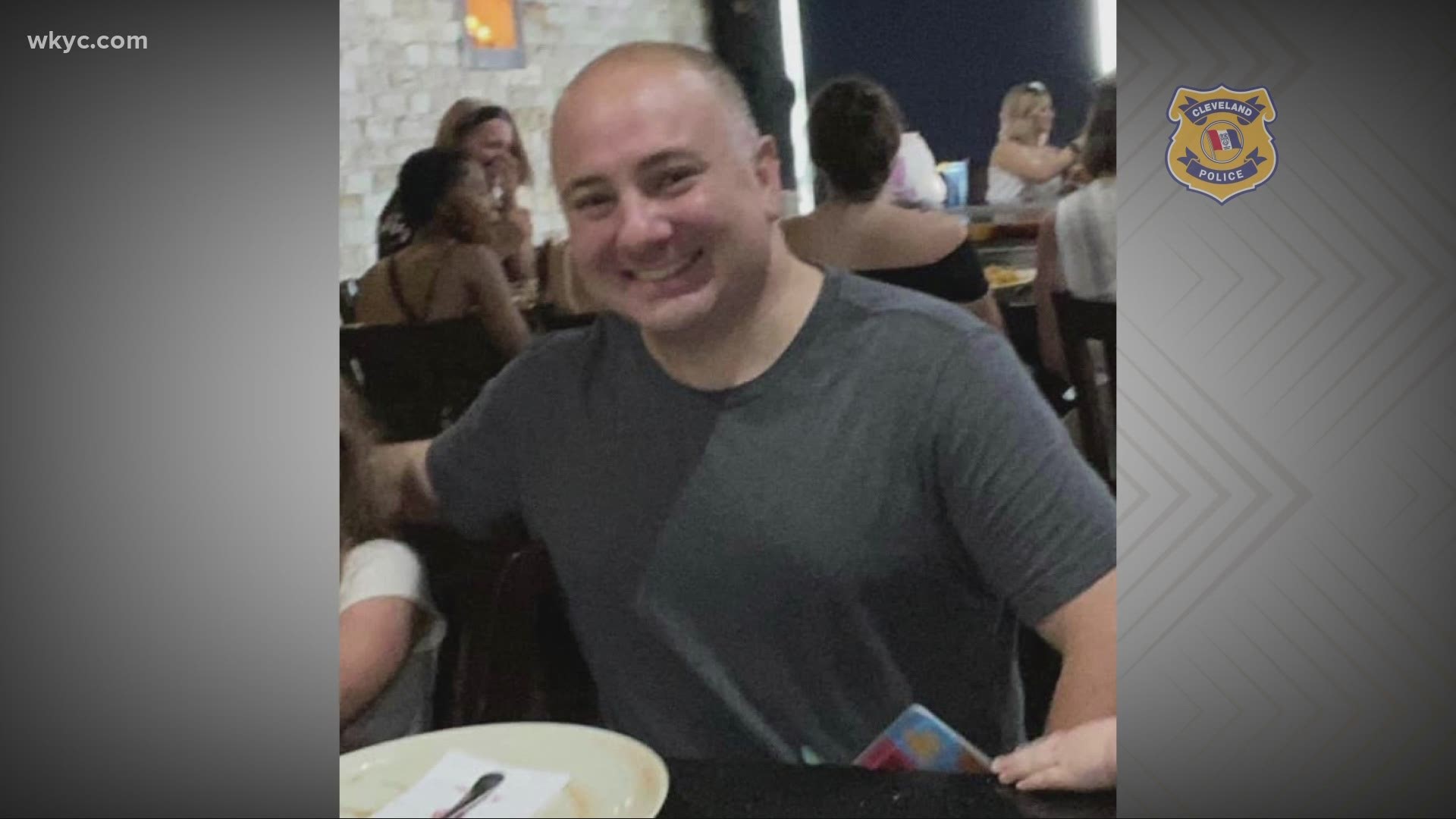 Sabo's death came hours after 53-year-old Cleveland Det. James Skernivitz was shot and killed on Thursday night. While Williams would not confirm if Skernivitz and Sabo worked together in the past, he did state that the two knew each other, as many officers do.

A 22-year veteran of the Cleveland Division of Police, Skernivitz was shot and killed around 10 p.m. Thursday, while working undercover in the area of West 65th Street and Storer Avenue. A second person was also killed in connection with this incident. He has been identified as 50-year-old Scott Dingess, according to the Cuyahoga County Medical Examiner's Office. He died at 10:43 p.m. Thursday.

Three arrests have since been made in connection with Thursday night's shooting.

At a press briefing held on Friday, Williams and Cleveland Mayor Frank Jackson declined to discuss specifics regarding the circumstances regarding Skernivitz's death. Williams also said they are still investigating what led Officer Sabo to take his own life.

During Friday's press briefing, an emotional Williams discussed the difficulties of losing two officers in the manner that the city did.

"I don't think anybody out there can really understand what the division is going through," Williams said. "The loss of an officer in the line of duty especially to violence is a terrible tragedy. But two officers in one night is really bad."