Cleveland leaders, police and activists all came together for a solidarity march, trying to help push the city forward. 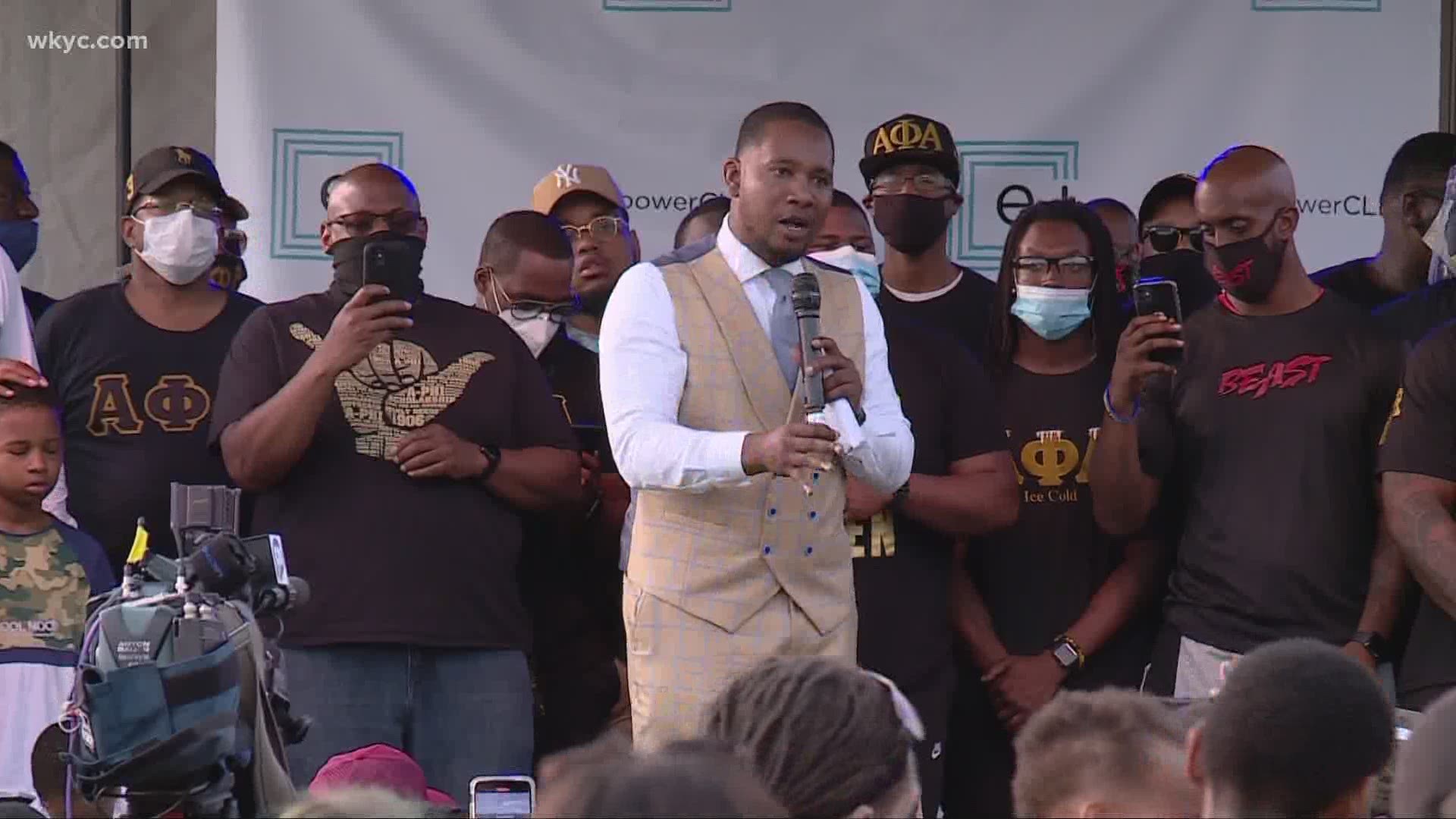 CLEVELAND — Cleveland leaders, police and activists all came together for a solidarity march, trying to help push the city forward.

“Don’t ever let anyone tell you that this is not powerful, this is powerful,” said Councilman Basheer Jones to a group at League Park. “Anytime that you can get somebody to collectively come together and go in any direction, it’s power.”

They’re marching for equality and justice. The “Stand for Solidarity” march, organized by Ward 7 Councilman Basheer Jones, is looking to unify members of the community to become one peaceful but strong voice to demand change.

“What we are tired of is a system that continues to allow murderers to get away and there’s no justice for the victim,” Jones added. “Don’t start with the victim. I’m getting tired of conversations about victims. ‘Well, you know, you got to be careful how you deal with the cops.’ No, why don’t you tell the cops to be careful how they deal with us.”

His call to action was answered by other council members, police officers, activists and U.S. Rep. Marcia Fudge.

“It’s important because, we should be able to walk anywhere and people feel more accepting of us than suspicious of us,” Sgt. Charmin Leon from the Cleveland Division of Police said. “When that’s the case, we know we have an issue that we need to address. We can’t keep denying that there’s an issue.”

“This must be a multi-cultural effort,” Jones declared. “It can’t be a black issue. This ain’t no black issue, this is a human issue. It’s racists versus everybody, that’s what it is.”