Detective James Skernivitz died after the shooting, which happened at 10 p.m. Thursday night. Sabo died of a self-inflicted gunshot wound. 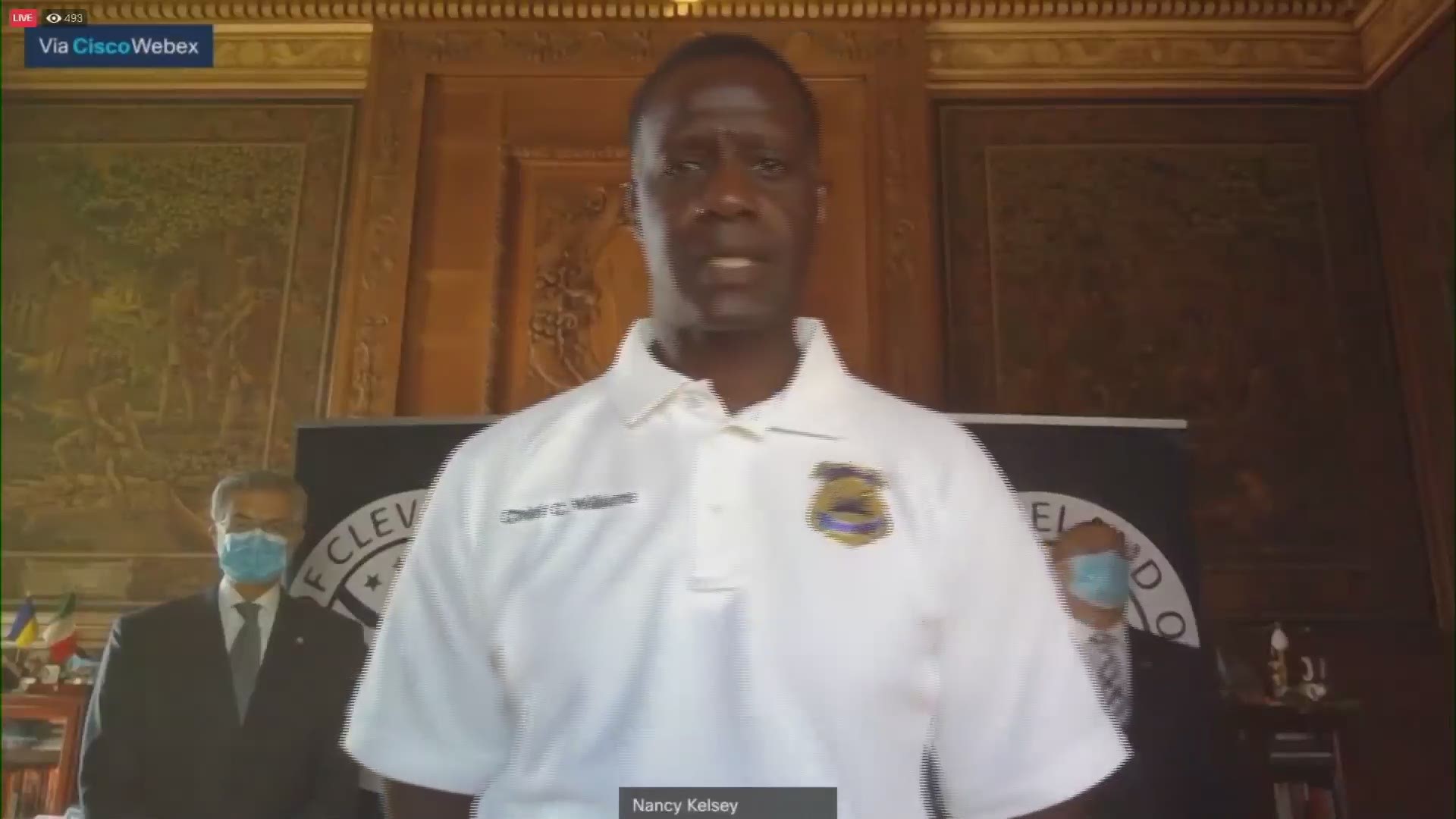 Det. Skernivitz died following a shooting that took place around 10 p.m. Thursday in the area of West 65th Street and Storer Avenue.

RELATED: UPDATES | 3 arrested after Cleveland police officer killed in the line of duty

Three people have since been arrested in the case, according to the Cleveland Police Department. Williams says that at this point, investigators are not sure about the motive behind the shooting. "It could be random, it could be targeted," he told reporters.

A second person was also killed in connection with this incident. He has been identified as 50-year-old Scott Dingess, according to the Cuyahoga County Medical Examiner's Office. He died at 10:43 p.m. Thursday. Sources tell 3News he was there as an informant, although this hasn’t been independently confirmed with the police.

Williams was asked multiple times during Friday's press conference if Dingess was indeed an informant for police. He stated that investigators are still trying to determine the details of Dingess' death and what role he may have played in the incident.

Williams and Howard encouraged anyone with information about the shooting to contact the FBI's tipline at 216-622-6842.

During Friday's press conference, city leaders also confirmed that 39-year-old Officer Nicholas Sabo died on Thursday from a self-inflicted gunshot wound. Chief Williams said they are not sure yet if there was a connection between the shooting death of Det. Skernavitz and Sabo’s suicide.

"I don't think anyone can understand what the division is going through," Williams said, holding back tears. "The loss of an officer in the line of duty, especially to violence, is a terrible tragedy. Two officers in one night is....really bad."

Howard encouraged anyone who might be going through a crisis and is in need of mental health assistance to contact the Cuyahoga County Suicide Prevention Hotline at 216-623-6888.

Gov. DeWine has ordered flags to be lowered to half-staff at all public buildings and grounds throughout Cuyahoga County and at the Ohio Statehouse in Columbus.

You can watch Friday's press conference in the player below.