City of Cleveland proposes 'no fine, no time' ordinance for low-level marijuana crimes

The ordinance would, in effect, end prosecutions of minor misdemeanor marijuana possession. 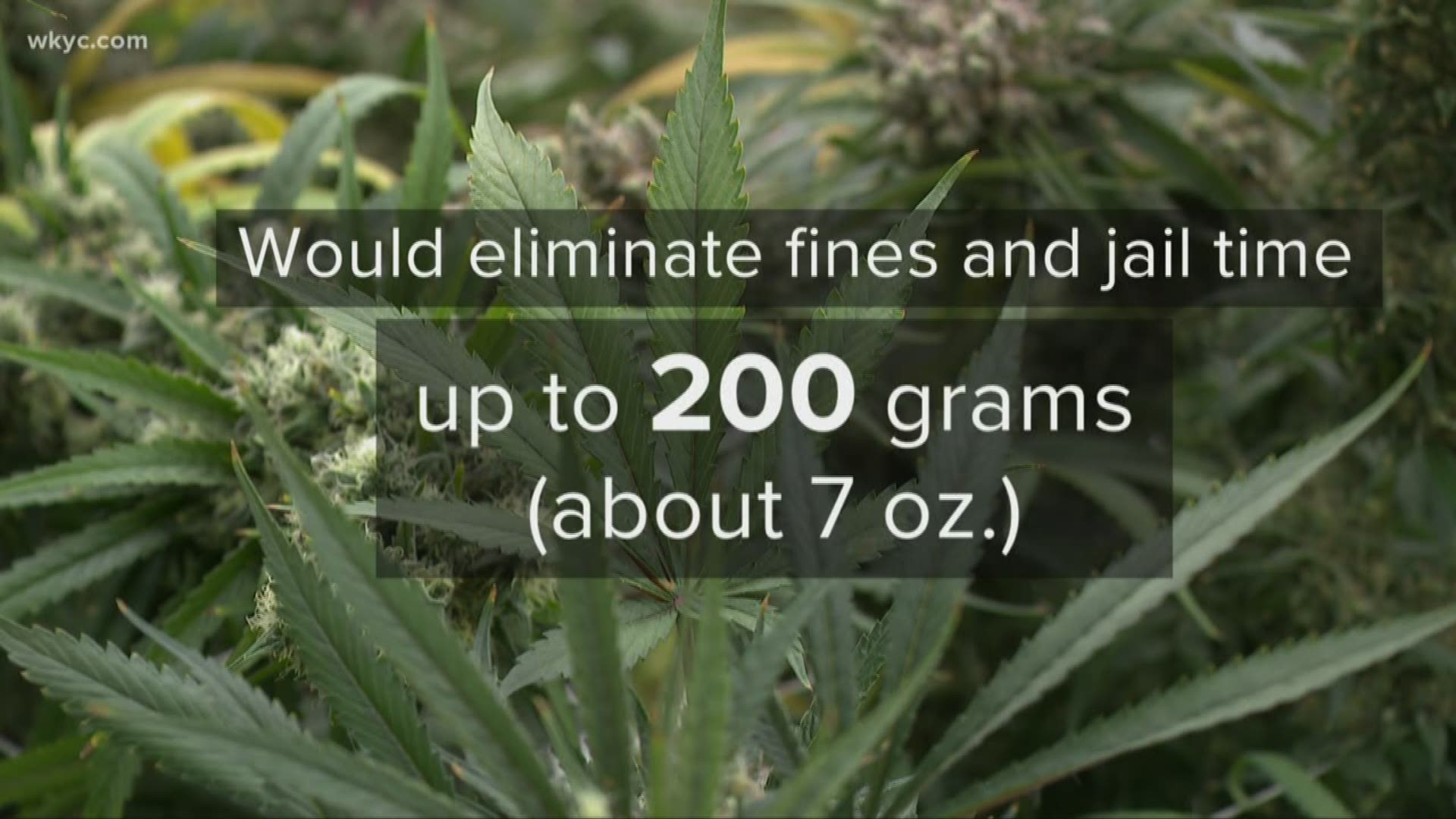 CLEVELAND — The city of Cleveland is on the verge of decriminalizing low-level marijuana possession, after a proposed ordinance was unanimously approved by the city council's safety committee on Wednesday.

The ordinance would eliminate fines and jail time for possession of up to 200 grams, or just over 7 ounces, of marijuana. While marijuana is still illegal in Ohio, outside of medical reasons, the ordinance would also mean minor misdemeanor convictions would not carry a criminal record.

"We have always known that African-Americans are sometimes 7-times more likely to be charged with marijuana possession," said Blaine Griffin, the ward 6 city councilman, who sponsored the legislation.

"In addition to good government, this is really trying to create an equitable policy, as well as moving to the 21st century and away from the 70's, when it comes to marijuana and cannabis use," he said.

Cleveland would join cities like Columbus, Toledo, Dayton, and Cincinnati, which have passed similar laws that decriminalize marijuana possession.

Griffin believes that the city has the authority under home rule to reduce the penalties.

Since the state legalized hemp last fall, local municipalities have been struggling to enforce low-level marijuana possession. Vermilion Police Chief Chris Hartung announced last August that his department would no longer enforce those crimes, since the city does not have the funds to test for THC, the chemical in marijuana that makes you high. Hartung said that the only way to test for THC is to send samples to a lab for testing, and without that test, "we cannot prove beyond a reasonable doubt that the suspect was in possession of marijuana as opposed to hemp," he wrote in an email to 3News.

The measure heads to the council's finance committee on January 27th, and could go before the full council for a vote that evening. Griffin said there is broad support of the measure, and he expects the ordinance to pass.

RELATED: Ohio Medical Board to consider new conditions for medical marijuana use

RELATED: Petition to make 'Bengals/Browns fans' a condition for medical marijuana submitted to Ohio Medical Board