The city's Sewage and Drainage Services keeps a close eye on the Point Place area more than any other because it usually sees a lot of flooding. 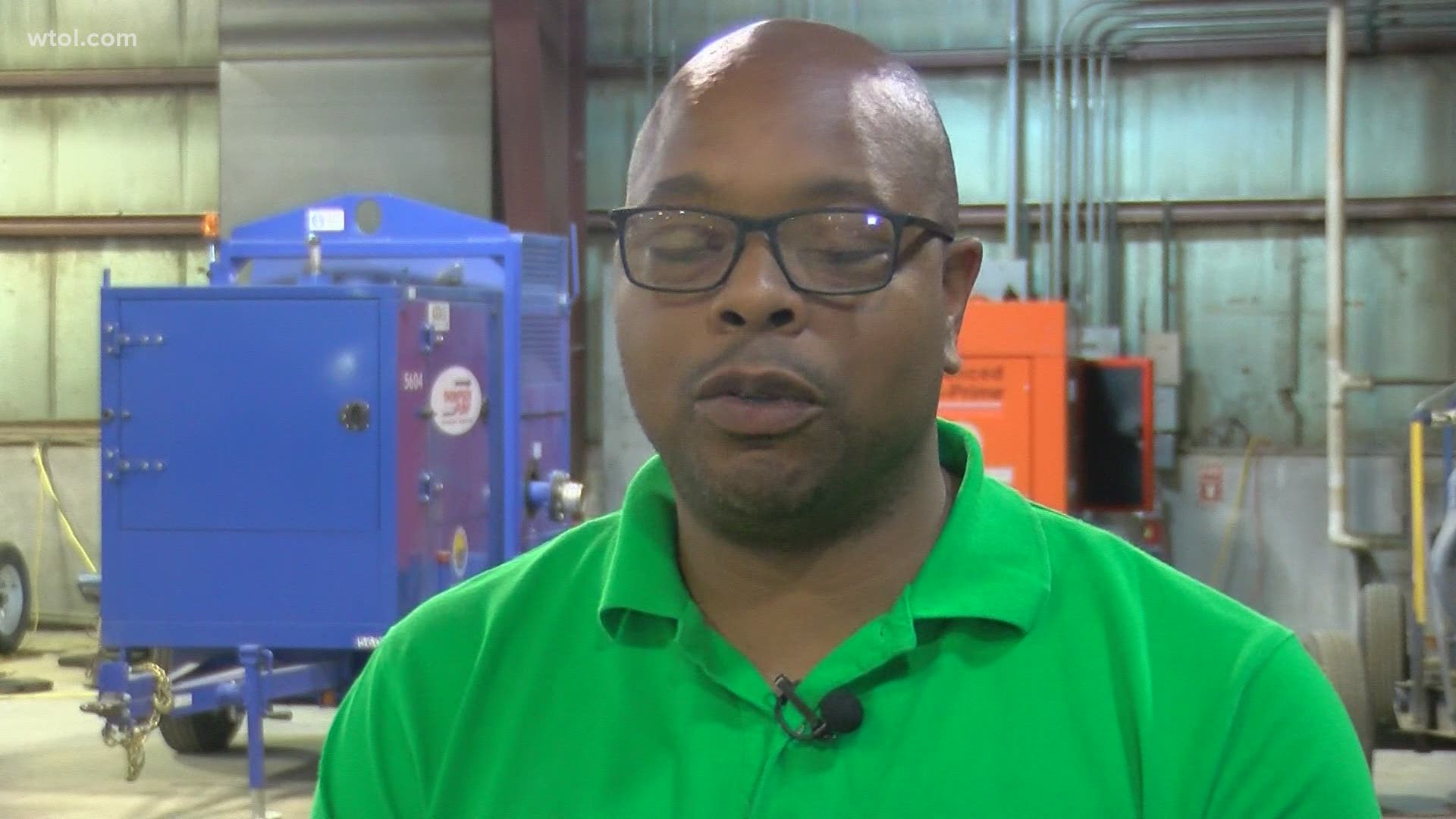 TOLEDO, Ohio — The city of Toledo is keeping a close eye on the rainfall totals in case they need to pump water out of neighborhoods.

The city has around 10 sump pumps and since 2:30 p.m. Thursday, they haven't deployed any of them, but they are monitoring the weather.

A FIRST ALERT Day remains in effect for Friday. Widespread heavy rainfall, more downpours and localized flooding are all possible.

Rainfall may become heavier and soaking through Friday and Friday evening.

Usually, if there's greater than one inch of rainfall and the rain is consistent, the city goes into what's called "rain protocol" and the city dispatches crews to areas where they're getting a lot of calls and they'll use the sump pumps.

The Sewage and Drainage Services team keeps a close eye on the Point Place area more than any other because it usually sees a lot of flooding.

There are a few things people can do to help them do their job.

"The one thing that I wanted to express to all citizens at the city of Toledo is that all of the inlets are clear from debris and, if at all possible, if people do not park their cars on top of inlets so we can have access to those if we have flooded streets," said Calvin Harris, manager of Sewer and Drainage Services.

After 3:30 p.m., the division goes down to three crews but if the rain starts to pick up, then they'll bring more people in.

RELATED: Mosquito nuisance conditions in Lucas County are high, with more rain on the way