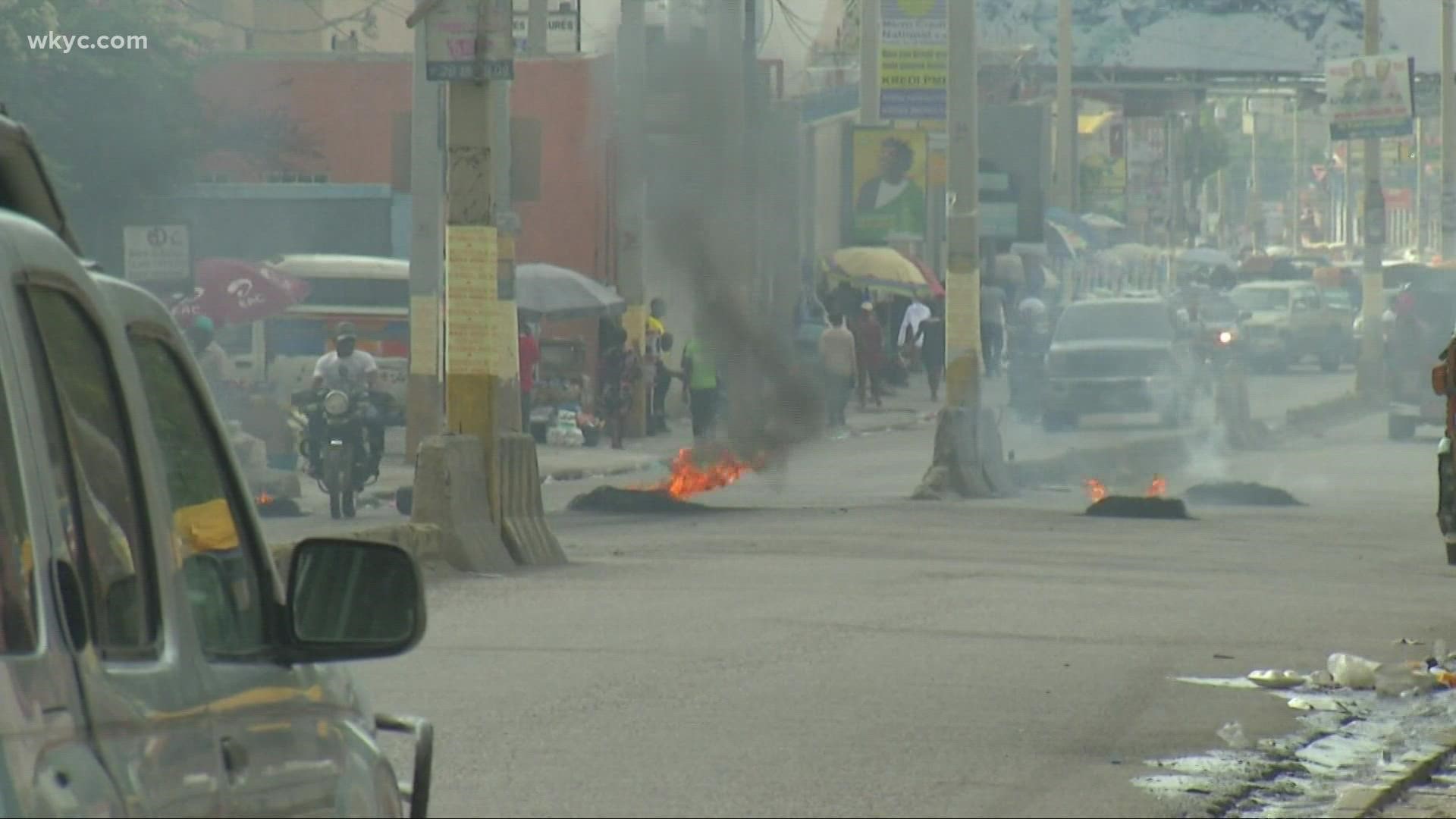 MILLERSBURG, Ohio — U.S. officials confirmed Monday they are working with Haitian leaders to try to free the 17 members of the Northeast Ohio-based missionary group who were kidnapped this past weekend in the Caribbean nation.

The 12 adults and five children — including a 2-year-old — were abducted Saturday while visiting an orphanage east of Haiti's capital, Port-au-Prince. The missionaries are affiliated with the Christian Aid Ministries, which is based in Holmes County in the heart of Ohio's Amish country.

The group has worked in Haiti for years distributing food and clothing while trying to spread its conservative teachings. Today, the organization acknowledged in a statement the government's efforts to win its members' release but offered no details about those missing. It's unclear how many have Ohio ties: One member is a Canadian citizen, the rest are Americans (The White House declined to identified those kidnapped citing privacy concerns) .

"We are entering the third day since seventeen of our workers were kidnapped by a gang in Haiti. The media has carried this situation across the globe. Civil authorities in Haiti and the United States are aware of what has happened and are offering assistance. We continue to monitor the situation closely and are in earnest prayer. We greatly appreciate the prayers of believers around the world, including our many Amish and Mennonite supporters. The Bible says, 'The effective, fervent prayer of a righteous man avails much.'"

The organization pulled its American workers out of Haiti last year over safety concerns but returned recently despite warnings from the U.S. State Department to not travel there, reports say. People leaving ministry headquarters in Millersburg Monday did not want to speak to 3News.

Tracey Herstich, an Assistant Clinical Professor of Nursing at Walsh University in North Canton, has traveled to Haiti multiple times since the country's massive 2010 earthquake. She went there with Akron Children's Hospital (where she still works one day a week) to provide healthcare as well as with Walsh University students on education trips, but stopped going two years ago because of civil unrest.

"What I have noticed [there] and in my Haitian colleagues that I still have communication with is that the poverty is so dire and ... the infrastructure is so broken down that people are resorting to things like kidnapping," Herstich said. "I think that most people who are traveling to Haiti want to go because ... they want to help the people that they know there and they believe, like myself, that it is a violation in human dignity to see a mass amount of people living in poverty. However, you have to balance that with what is going on down there."

Ohio members of Congress say they are watching and praying, but do not have knowledge of the government’s plans. Rep. Marcy Kaptur said she's following the news.

"I know some of our Franciscan missionaries from Ohio left several months ago," she said before hosting a congressional hearing in Lorain on economic disparity. "The pollical climate there was so fraught with danger, even they — Roman Catholic sisters — withdrew, so the danger was known."