Five local daycares in the Toledo area are partners with the Children's Hunger Alliance. 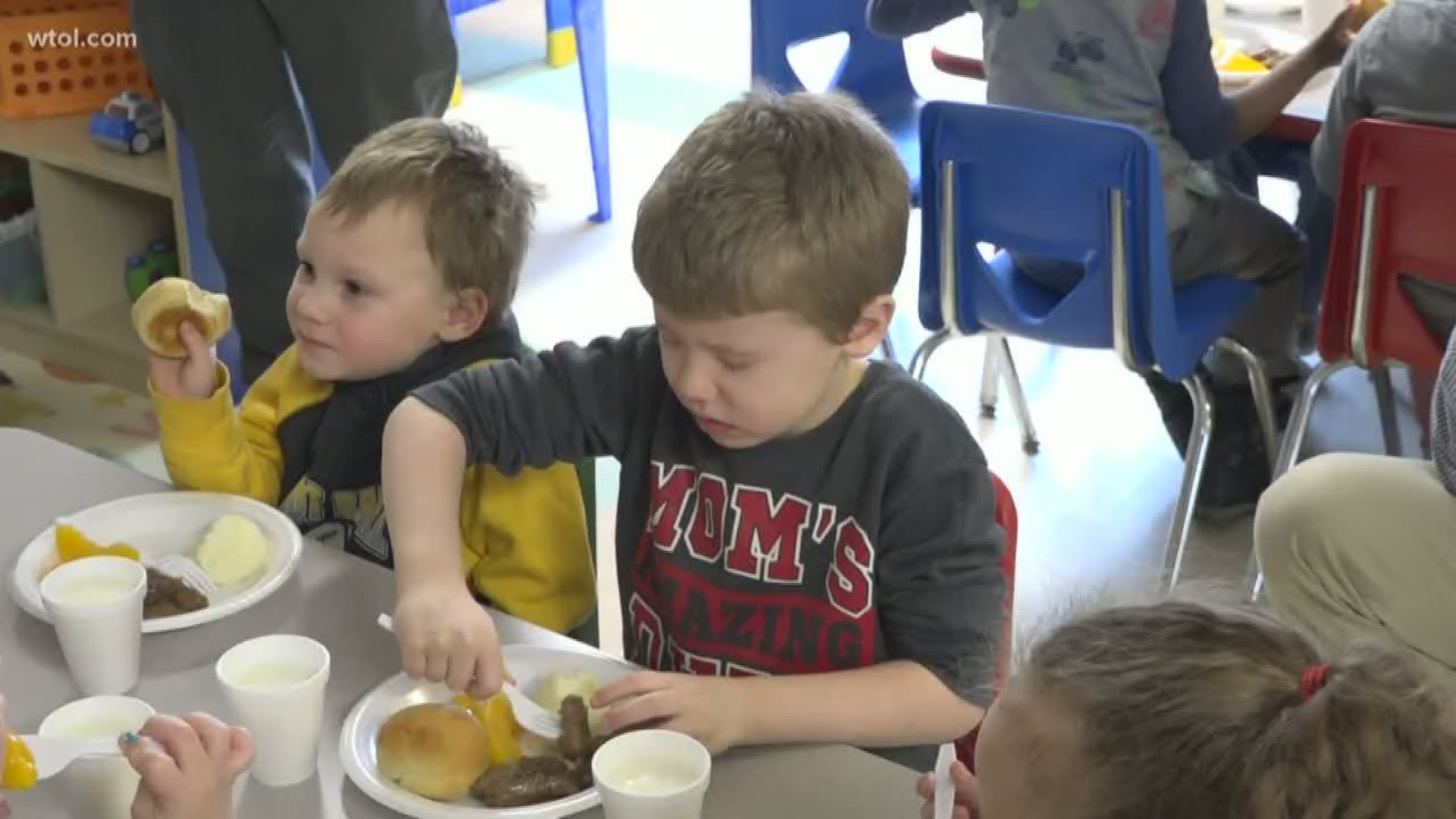 A  Maumee nonprofit is behind a push to make sure northwest Ohio children have food.

One in five children in Ohio lives in food-insecure households, according to Feeding America.

That is why the Children's Hunger Alliance is working to make sure local daycares are able to offer kids food every day.

Local elected officials gathered at the Little Scholars Academy in Maumee Monday to hand out free winter coats, and then, see first-hand how the non-profit helps to feed kids.

Seventy-five percent of the children enrolled in the initiative qualify for free or reduced-price meals, putting them at a greater risk of food insecurity.

As the alliance's leaders explain, it is more difficult to learn on an empty stomach.

"There's many studies that show that children cannot learn if they are hungry. And they're going to be a setback in terms of their development, they're going to have problems in school," Children's Hunger Alliance Director of Government Affairs Scott Neely said.

And that's the reason the state of Ohio earmarked more than $2,5 million in last year's budget to expand the alliance initiative.

Lucas County went from not having any partnered daycares last year to now having five.

Now, every meal served to these children is fully reimbursed by the U.S. Department of Agriculture's Child and Adult Care Food Program.

"Now the money that we don't spend for food, we spend it for supplies, for education for the kids more, and that's really helped," Little Scholars Academy owner and director Nawal Meziane-Tani said.

Currently, the Children's Hunger Alliance is partnered with daycares in about 60 Ohio counties. Their goal is to continue to expand the program into all 88 counties.