Wreaths line the Civic Center Mall in downtown Toledo as part of the wreath laying ceremony to honor our current and past veterans. 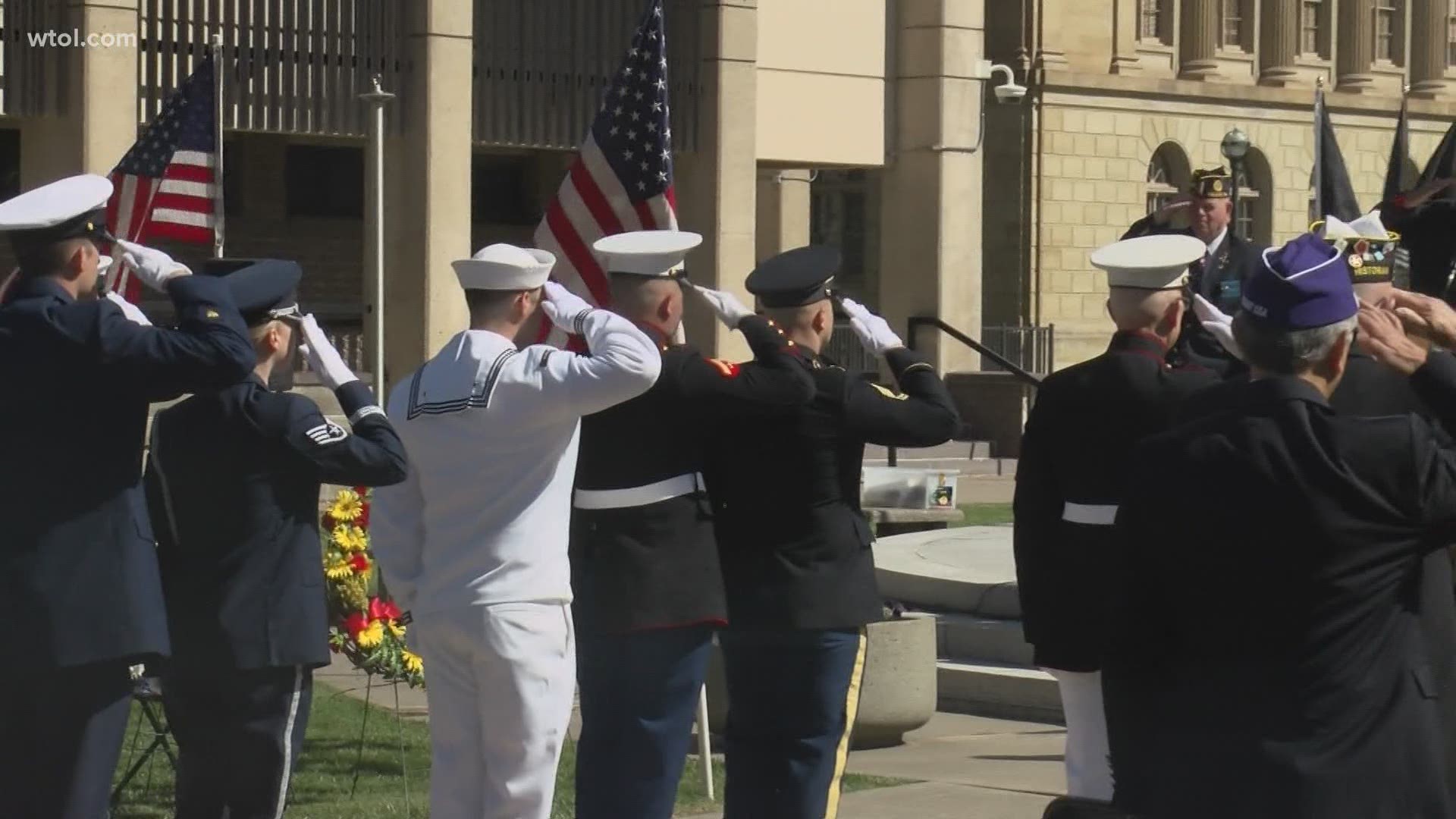 TOLEDO, Ohio — One of the biggest Memorial Day parades in the area was not possible this year because of COVID-19, but organizers still made sure our fallen service members were honored.

Wreaths line the Civic Center Mall in downtown Toledo as part of the ceremonial wreath laying to honor our current and past veterans.

Traditionally, the city of Toledo has a parade and local high school marching bands participate, but COVID-19 has changed how the last two years look.

Regardless, the Toledo Lucas County Memorial Day Association made sure these lives were honored.

"Doing it the abbreviated way this time without everybody clustering and the speakers or the parade is a unique experience after all the decades of doing it in traditional fashion," said Vietnam veteran Gene Shurtz.

Each year, the ceremony is held to remember those who are no longer serving our country, while keeping their memories and sacrifices alive.

The association's president Robert E. Schmitt says many in attendance have a personal connection to the holiday, including himself.

"I've only had one uncle that was killed during World War II. So it's a matter of remembering him, but then we've lost so many men and women over the years. It's over a million members, men and women, that have died serving our country," Schmitt said.

He says the association does this year after year because it's about showing respect and educating the public to keep the tradition going.

"Stopping and giving a remembrance to those who not only served with me and fought and died, but the others who have served in a capacity in civilian life as veteran advocates," Shurtz said.

Organizers are looking to bring the parade back for next year and are raising money right now to make sure it happens.

Donations can be sent or taken to the Toledo Lucas County Memorial Day Association offices at 2020 W. Alexis Rd.