Alfred Dailey has owned and operated the Dis 'N' Dat variety store since the 70s. His neighbors say he is a positive leader in the community. 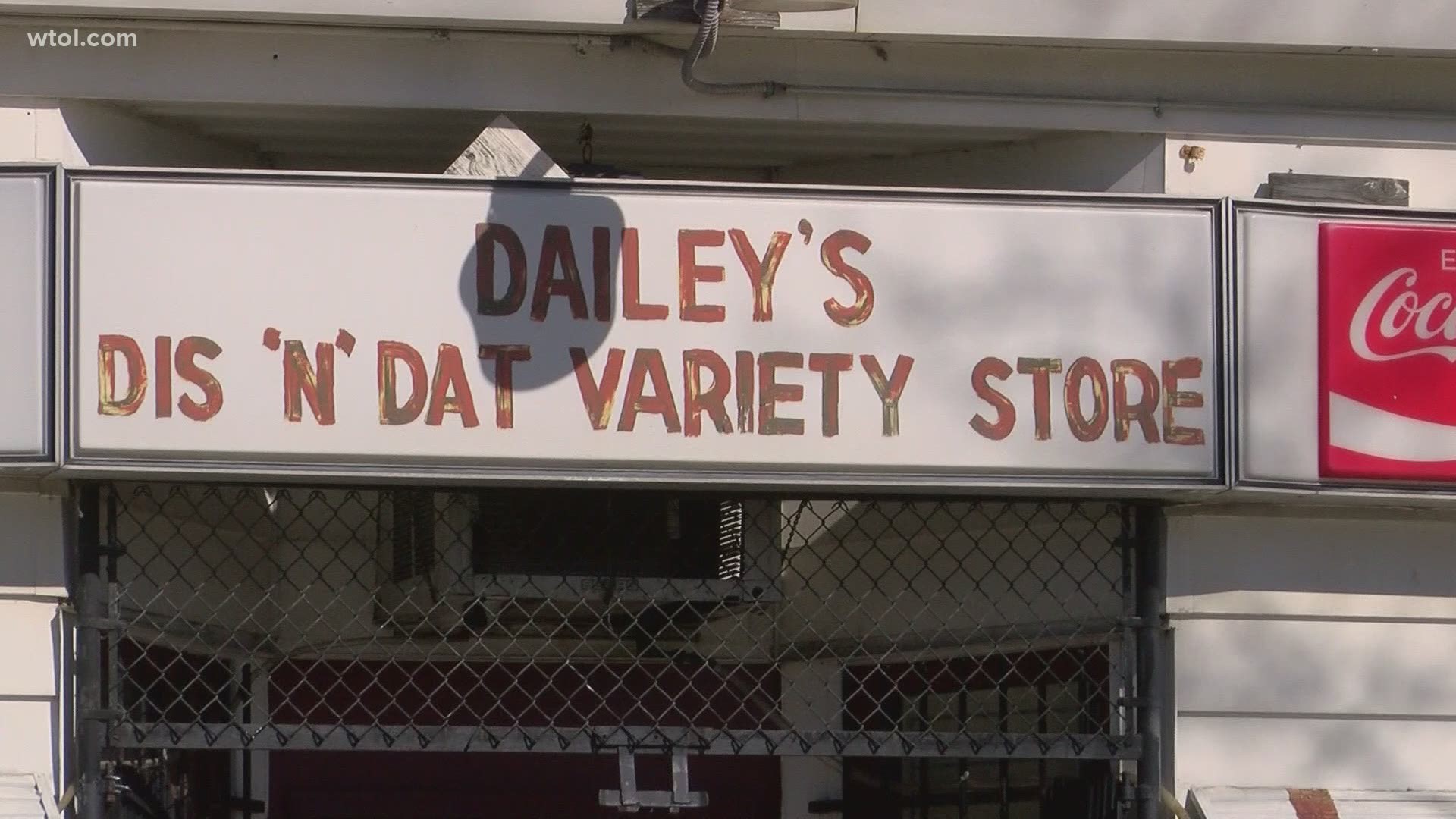 TOLEDO, Ohio — For 46 years, Alfred Dailey has owned and operated a little shop at Fernwood and Forest avenues in central Toledo.

Dis 'N' Dat is a variety store, and through the store, Mr. Dailey has gotten to know a lot of people.

People like Glandoy Hill III, who say that Dailey has had a positive influence in their lives.

"Mr. Dailey is more than a businessman. He is like a father or uncle in our community," Hill said.

The idea to give back started a few days ago when Hill made a post on his Facebook page, asking those who have been supported by Dailey to return the favor and spend at least $20 at Dis 'N' Dat on Friday, March 5.

"Too often we give our love ones their flowers when they're no longer around to smell them," Hill says.

That's why he decided to start this movement and show his admiration, but the admiration doesn't stop at Dis 'N' Dat.

Next week, Powell's Beauty Shop on Nebraska Avenue will be the featured business.

Hill says he'd like to continue the love to influential elders and is taking nominations.