Gov. Mike DeWine calls for statewide moment of silence at 2 P.M. in remembrance of George Floyd 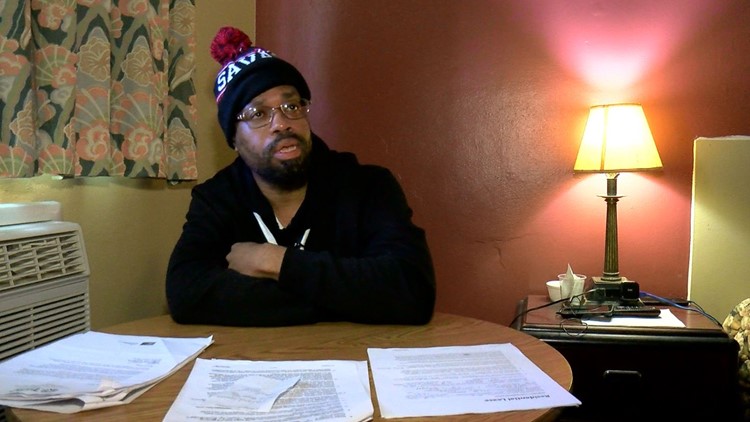 Call 11 for Action: Following release from jail, man left with nothing after renting from fake landlord

TOLEDO (WTOL) - Imagine paying your rent to lease an apartment, only to find out months later, you've been scammed by a fake landlord.

That's the reality a local man is going through right now.

Quashawn Copeland admitted he's had troubles with the law. He's been to jail multiple times for various offenses.

In July, he was released from TOCI, and a few months later, with financial help from a state-funded program, he found a place to live in east Toledo. Copeland hoped that would be his happy ending, his way to re-enter society.

But instead, it's the very beginning, with no end to his issues in sight.

"One problem after another problem, man,” Copeland said from a motel room in north Toledo. “I can't win for losing."

After his release from prison in July, Copeland said he got help from TASC, or Treatment Accountability for Safer Communities of Northwest Ohio. TASC paid for him to stay at the Days Inn on Miami Street in east Toledo on a temporary basis.

There, Copeland said he met a man named Larry Spears. That's when life started to look up.

"He explained to me that he had a place for rent 'cause he knew I was looking for a place or whatnot,” Copeland said.

Copeland said he signed his lease with Spears in October, which TASC would pay for several months while Copeland continued his search for a job. But a month later, trouble knocked on the door again.

Copeland served 90 days in jail. But days before he was set to be released, his case manager gave him some bad news.

Apparently, Spears leased out Copeland's apartment to someone else while he was incarcerated. And aside from that, it turned out, Spears wasn't the landlord. He was the tenant, who turned around and subleased the apartment without permission, using a generic lease.

The real landlord, Debbie Wilson, told WTOL she was shocked when she found out. She said she has filed a three-day notice for Spears and the new sub-leaser to leave the apartment.

As for the whereabouts of Copeland's property, Copeland joked, "Pshh, your guess is as good as mine."

Copeland said he is struggling financially. He's getting help here and there from friends while he stays at a north Toledo motel, hoping not to end up back on the streets.

Wilson, the real landlord, said she is considering legal action against Spears.

Copeland said he still doesn’t have a job and said his finances are running low. He filed a police report for his missing property.