ODOT plans to offer the bridge to the second-highest bidder. 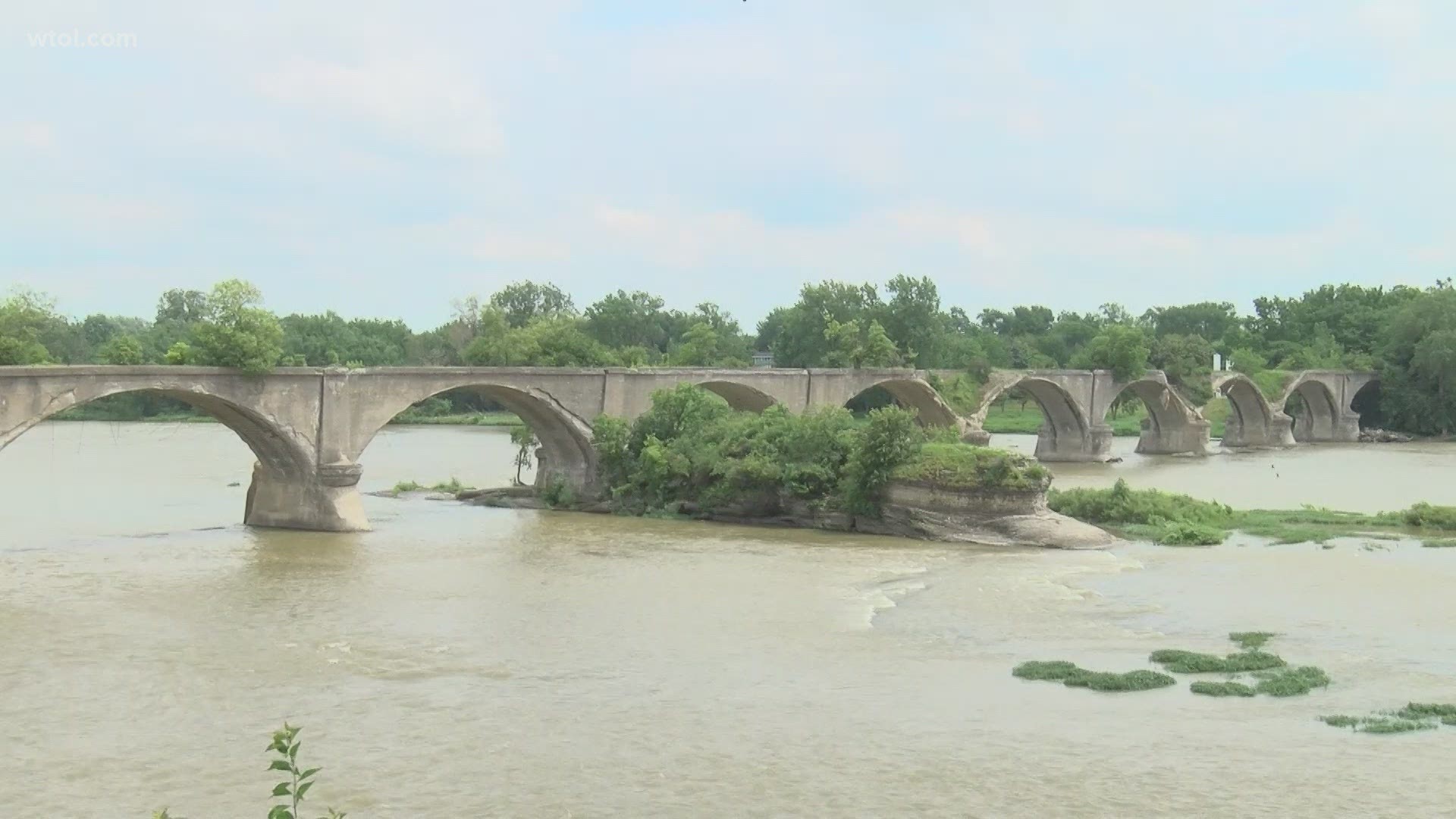 WATERVILLE, Ohio — Editor's note: The above video aired June 27, 2021, ahead of the public auction.

The woman who purchased the Roche de Boeuf interurban railroad bridge a month ago is backing out of the deal.

Sarah Heidelberg won a bidding war June 30 for the old and inactive bridge in Waterville. The Ohio Department of Transportation was alerted to safety concerns in 2017 and decided to offer it to the public at auction.

ODOT spokeswoman Rebecca Dangelo confirmed Friday Heidelberg notified the department of her intention to withdraw her offer, or winning bid of $6,500. She said ODOT is in the process of offering the bridge to the second-highest bidder.

However, if that person isn't interested or does not provide a "feasible and reasonable plan" for the bridge within 60 days, ODOT will proceed with plans to remove the bridge.

Roche de Boeuf is French for "Buffalo rock" or "Rock of beef." The large rock formation under the bridge was used by Native American tribes to hold councils.