The bus driver shortage in the state of Massachusetts isn't just an east coast thing. Local schools are seeing the writing on the wall with their own driver needs. 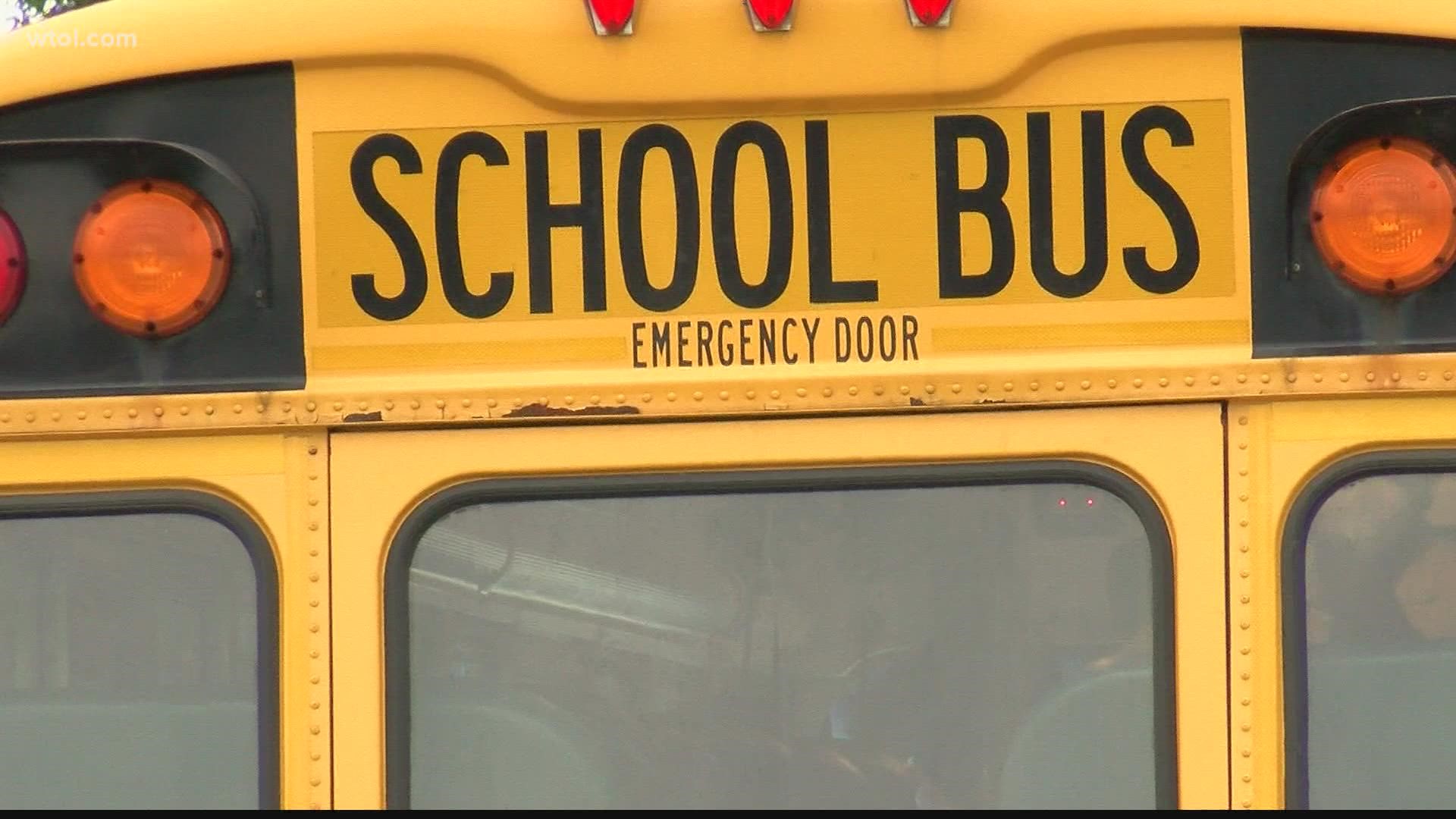 PERRYSBURG, Ohio — The governor of Massachusetts has called in more than 200 National Guard personnel to help get students to schools as the nation is facing a bus driver shortage.

This isn't just an east coast issue; Perrysburg Schools' Transportation Director Courtney Parr says that could be any state, including Ohio.

Buses are one of the main lifelines for school districts. If there aren't enough drivers, it puts the brakes on having a smooth school year. Perrysburg isn't in dire need of drivers, but Parr has already seen the potential problems down the road.

"It's been very difficult; we are short-handed," Parr said. "On top of that, we have everyday sick leave and that kind of stuff. However, our district works very, very well together."

Parr had to find six new school bus drivers during the 2020-2021 school year. She was able to fill four of those empty spots, but two still remain. To help, Parr noted that some drivers have picked up additional routes, and some routes were been delayed. But she admitted it hasn't been easy.

"It was definitely a struggle before, but COVID has made it worse," Parr said.

This isn't just a Perrysburg issue. Parr regularly talks with other state transportation directors, all part of the Ohio Driver Task Force, and said one thing is very clear: everyone needs more drivers.

"In talking with Columbus and Cleveland, we are looking. We meet once a month to discuss recruiting tactics. So we are all trying; it's definitely nationwide right now," Parr said.

Parr explained that the job isn't easy to fill due to other jobs that can offer more pay. She's grateful for her current drivers who are retirees that enjoy the work, but she knows that eventually the district will have to replace them. So everyone is looking ahead and hoping for the best to keep everything moving all year long.

Below is a statement sent out by Superintendent Mark French of Bedford Schools regarding the bus driver shortage.

Bedford Public Schools has been working hard to maintain our full capacity of bus runs and athletic transportation thus far in the school year. However, a national bus driver shortage affecting local school districts, municipalities, and private sector companies is presenting challenges for student transportation here in Bedford as well. While we have had this concern for some time, the need is greater now than at previous times.

Currently BPS is in need of between three to five permanent drivers to staff daily morning and afternoon routes. Should we not be able to fill these positions, the district could be affected in the following ways or have to do a combination of the following:

-- Dissolve and combine current routes (This has already happened on a limited basis.)

-- Instances where we have delays in pick-ups or drop offs, which cause a delay on particular days, or routes cancelled entirely on specific days (with notification to families).

Please help us get the word out about this need for drivers. We are posting these positions prominently in every manner possible. In addition, I have linked the job posting for the positions (https://docs.google.com/document/d/19NSjgxIbXZjVQlSk95ZBsc2d-NeREwyba_TL0BKmMwk/edit) that can be forwarded to anyone you believe may be potentially qualified, interested and/or willing to be trained.

Several districts across the region have cancelled transportation for the school year due to this driver shortage. Bedford Public Schools is not looking to do this, but these circumstances show that there is an urgent need, in general, across districts in our region.

Thank you for your patience as we address this challenging situation and for your support in helping us find new people to join our dedicated Bedford Transportation team.

Questions about the job posting can be directed to the Transportation Director, Cari Dupree, at cari.dupree@mybedford.us or 734-850-6071.