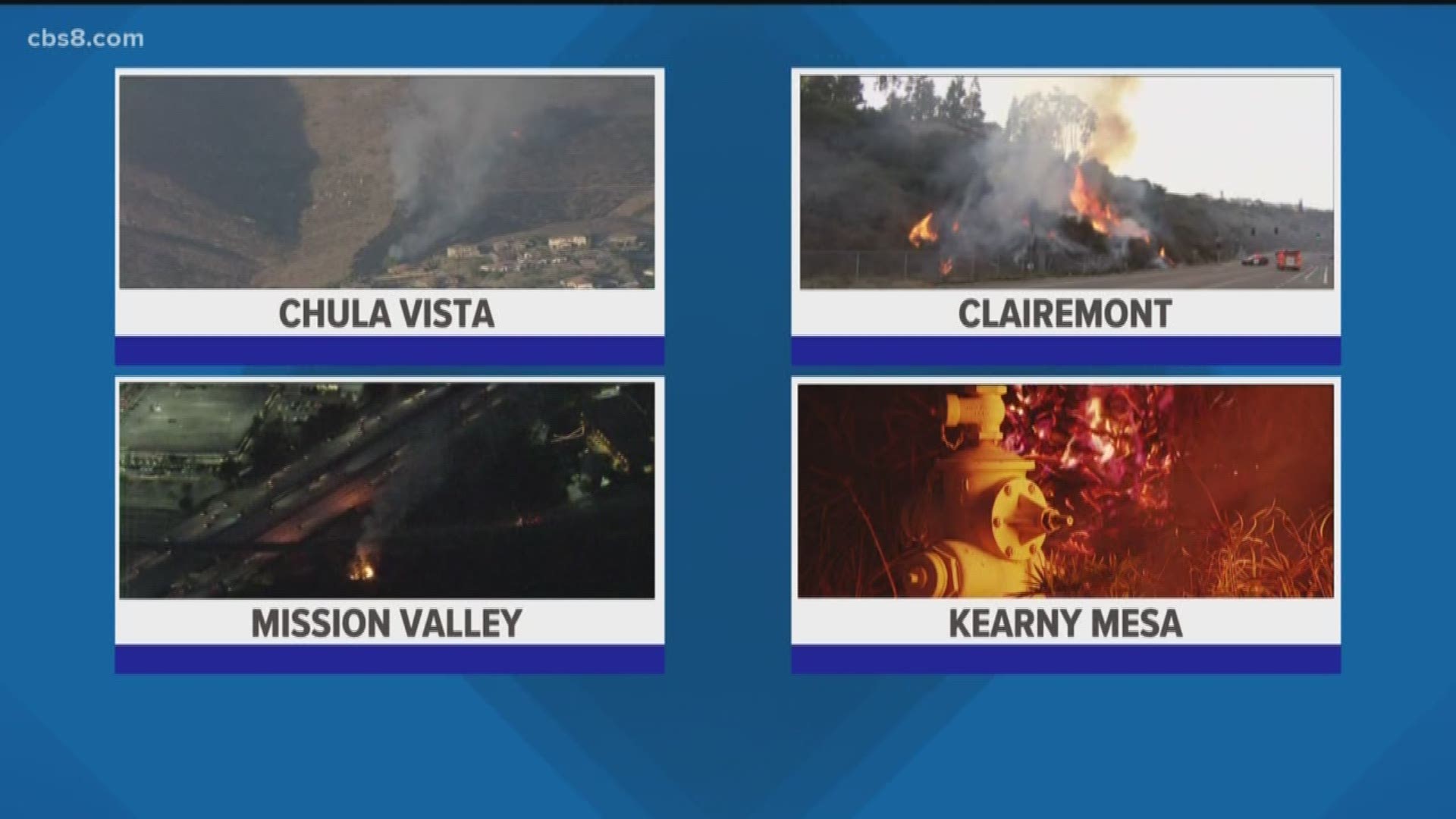 CHULA VISTA, Calif. — A brush fire erupted Friday evening off the 3800 block of Genesee Avenue, near Boyd Avenue in Clairemont Mesa, according to the San Diego Fire- Rescue Department.

That brush fire in Clairemont Mesa blackened about a quarter of an acre and posed no structural threats, according to the San Diego Fire-Rescue Department.

The blaze began after a pickup truck traveling southbound on Genesee Avenue lost a tire and began creating sparks. The driver also hit a number of cars along the way.

The driver was arrested and charged with hit-and-run. He was also evaluated for possible DUI.

No injuries were reported.

In Chula Vista, fire crews halted the spread of a several-acre brush fire off the 400 block of Agua Vista Drive in Chula Vista, according to the city fire department.

Firefighters quickly got the upper hand by attacking the flames from the ground and through a series of water drops.

No structural damage or injuries have been reported. 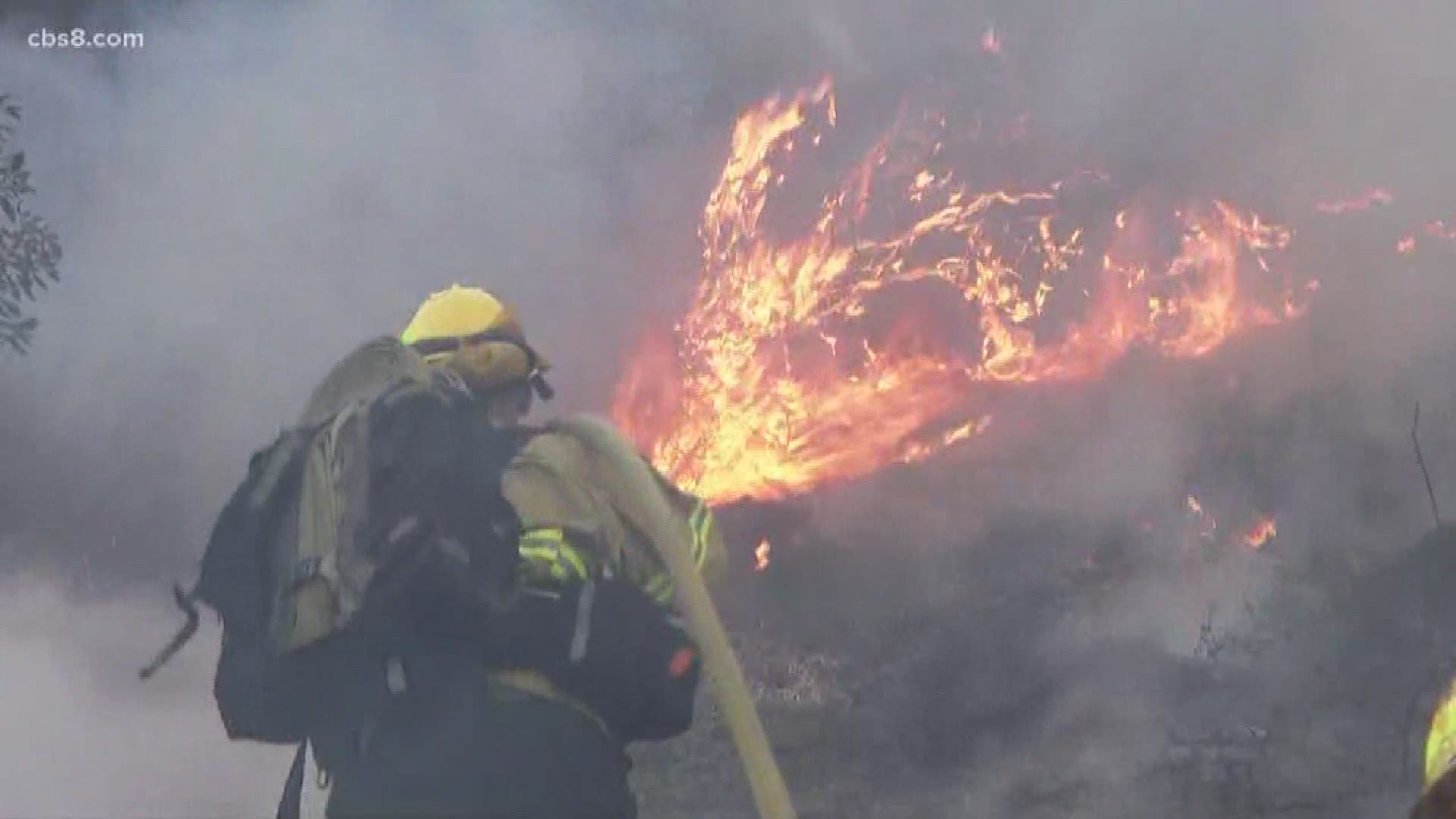 Later Friday night two more fires ignited in San Diego County. The first in Kearny Mesa at Mercury and Clairemont Mesa Blvd. The small fire briefly threatened businesses. The fourth and final fire ignited on the 163 near Friars. Road. Firefighters made quick work of it extinguishing it in under an hour.