Both women were diagnosed with triple-negative breast cancer, which is one of the worst because there is little treatment. 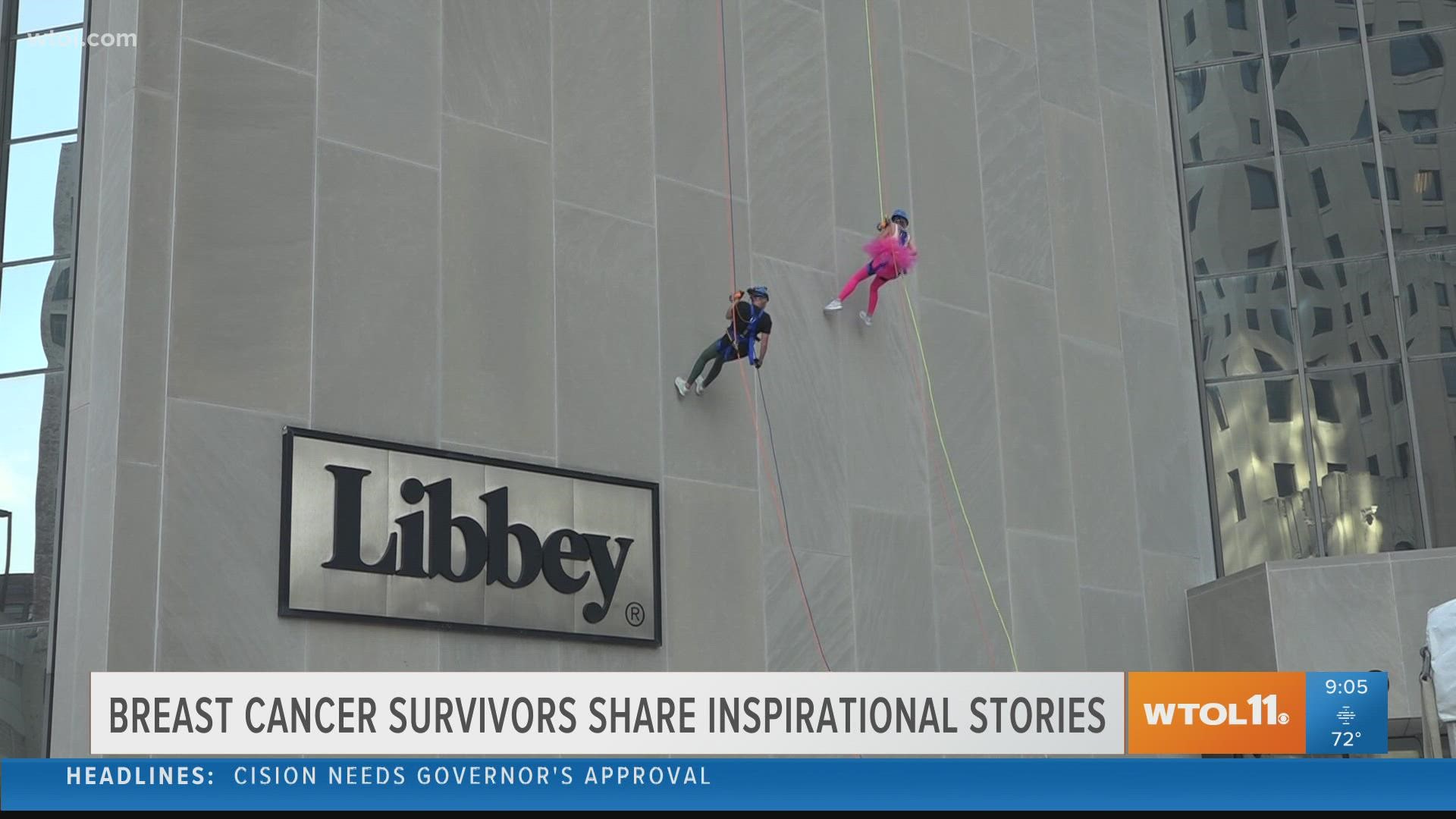 A big victory win for two women battling one of the most difficult types of breast cancers.

On Friday, they showed cancer who's boss by rappelling down the tallest building in downtown Toledo.

And although rappelling over a 16-story building might put some people "over the edge" there are scarier things for the two recent breast cancer survivors.

"I was diagnosed December 14th last year with stage 2 B triple-negative. I had surgery first. And then a full double mastectomy. With a full lymph node dissection. And then from there, I did 8 rounds of chemo. 25 rounds of radiation, said Courtney Moyer, who considers herself a breast cancer survivor.

And her friend Megan Orzechowski is 24 and also considers herself a breast cancer survivor.

"I was diagnosed with stage 3 triple-negative breast cancer which is considered one of the most aggressive breast cancers because there aren't that many treatment options out there. I started treatment during COVID," said Orzechowski, as she teared up.

Both women are clearly filled with emotion.

But Friday was for celebrating their fight against cancer at the Victory Center's "Over the Edge" event.

Rappelers raised money for the programs offered at the center.

For Moyer, it holds special meaning with a recent win.

"I just finished my last round of radiation on Tuesday. So it's been a big week," said Moyer as she teared up.

It's been a long journey, but the women feel they are on the other side of it.

Especially with the support of their families and friends.

"For me it feels like a new perspective. You know, that I get to experience certain things. Like before cancer, this was something I would never have done. I'm terrified of heights," said Orzechowski.

And that's what going over the edge is all about, falling back, overcoming fear and trusting yourself.
Moyer recommends asking your doctor for genetic testing if you have a family history of breast or ovarian cancer so you can catch it as soon as possible.

RELATED: Get real about teal at the Ovarian Cancer connection walk