The Warner Bros' blockbuster passed $60 million domestically, making it the highest-grossing movie released in the U.S. during the pandemic. 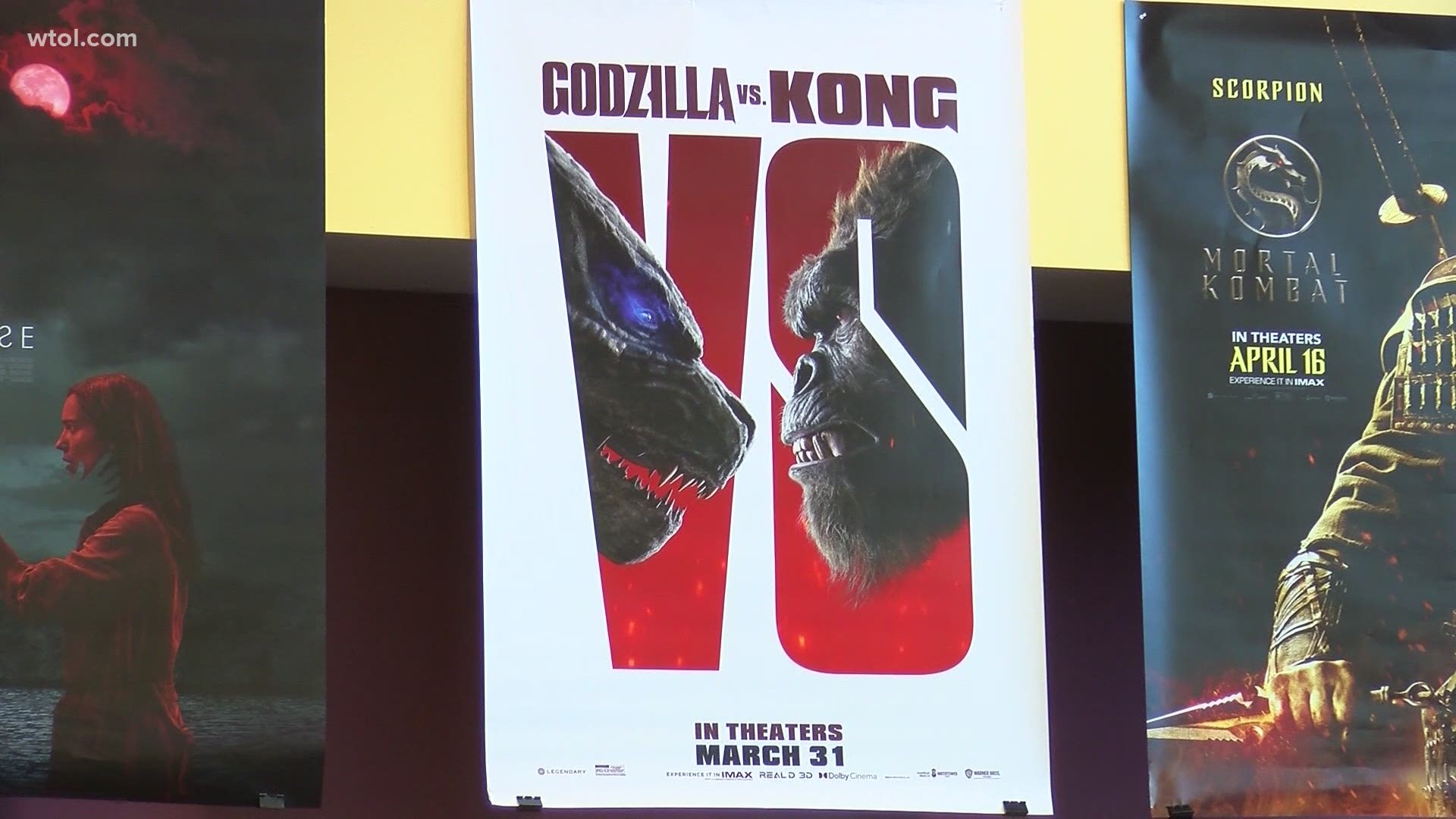 OHIO, USA — A glimmer of hope for the silver screen.

Warner Brothers "Godzilla vs. Kong" topped $60 million in the U.S. on Saturday, making it the highest-grossing movie to be released in theaters during the pandemic.

Local theater owners are confident the summer is going be a good one.

Rodney and his wife Donna own drive-in theaters in Liberty Center and Middle Point as well as indoor ones in Bryan and Van Wert. They said last week's release of Godzilla Vs. Kong marked the first time during the pandemic indoor business was better than the drive-ins.

"Indoor is doing well and people are coming out and liking what they're seeing," said Saunders.

But they say it still comes down to new content. They believe that people will come back but think movie studios need to stop pushing back release dates to help make that happen.

RELATED: Field of Dreams Drive In Theater gearing up for an even better 2021 season

"We know it's going to happen," Saunders said, "it's just a matter of the movie studios providing new product so it will draw more and more people out."

Going to see a movie in 2021 remains mostly the same, although there are some COVID-19 related changes. For instance, customers now must scan a QR code at the drive-in to order food online. They then receive a text when it's ready for pick up at the concession stand.

Some moviegoers at Fallen Timbers in Maumee were happy to be back for a blockbuster like "Godzilla vs. Kong". They say they hope the movie theatre experience sticks around but worry about studios streaming content instead of releasing it in the theatre exclusively first.

"Streaming might take it over," said Stacey Stevens, who took her son to the movies. "I know this guy likes to stream and I know HBO Max is starting to put out all the new movies anyway so I hope so, the theater is a cool experience."

But the Saunders say they've heard from reps with the National Association of Theater owners that the studios releasing films simultaneously on streaming services is only temporary.

"This is not a forever thing," Saunders added. "This is a 2021 thing for the studios to try and emerge from the COVID."

With vaccinations going up and new movies planned for the rest of this year, they hope this means it's showtime once again.