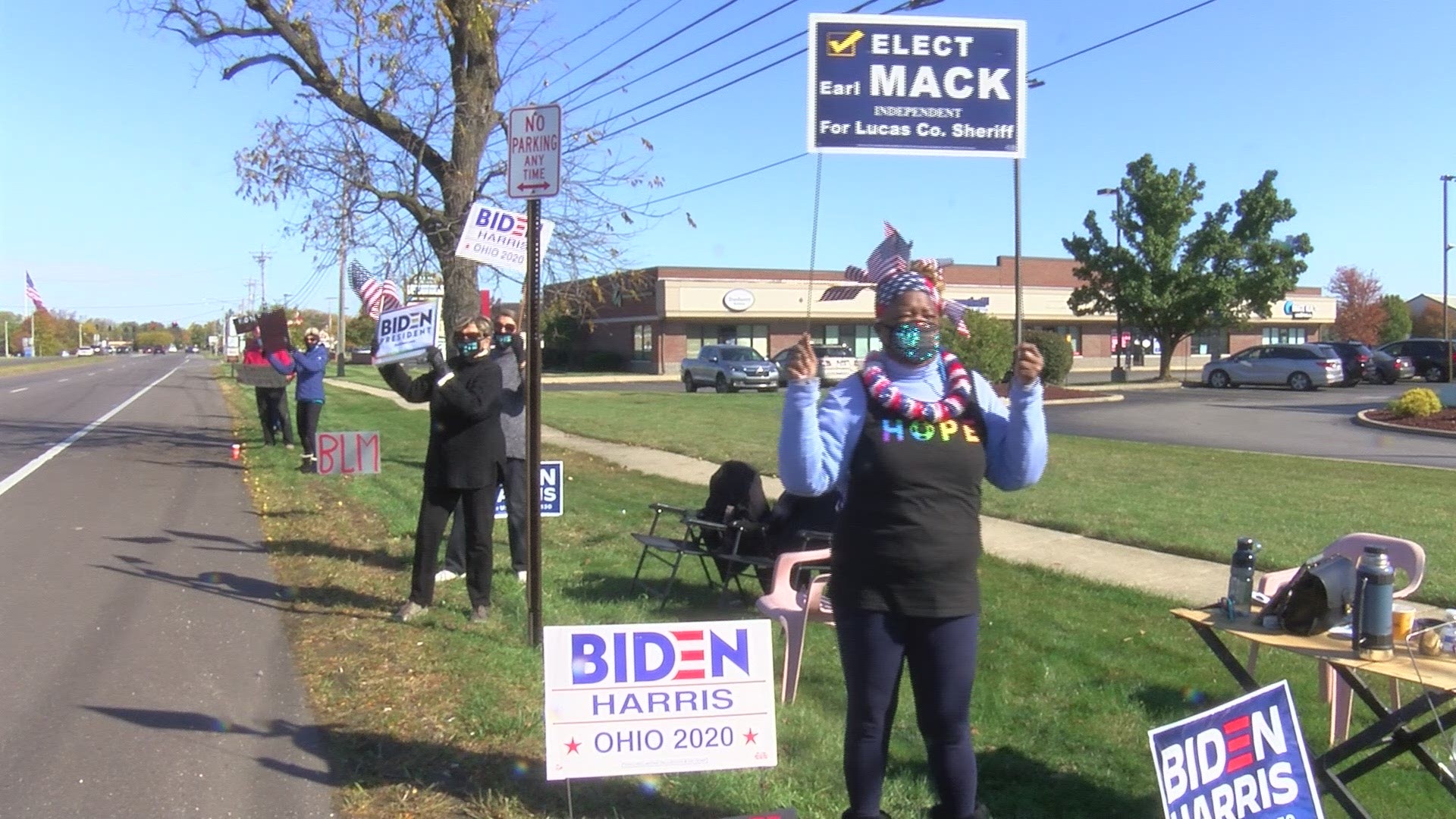 PERRYSBURG, Ohio — With election day less than three weeks away, local voters took to the streets of Perrysburg to make their voices heard.

For supporters like rally organizer Dan Kranfield, this was his first political rally.

"I've never participated in a political event in my life," Kranfield said.

For him, it's personal, he said.

"There's only one reason and I'm going to cry here in a minute it's a four-year-old cute little girl and I want her to grow up in democracy and I'm very worried about it," he said.

The event even drew some Republicans in support of former Vice President Joe Biden.

"I'm a fifth-generation Buckeye-Republican but I've had it with this guy Trump. He's just all over the map, and his ideas and what he has to say, he makes no sense. Most of what he has to say are lies, frankly," rally attendee Greg Fess said.

Some folks that spoke with WTOL said Biden has qualities that make him the best candidate for them.