Phillip Stinson, a former police officer and attorney-turned criminologist, has been tracking this data since 2005. 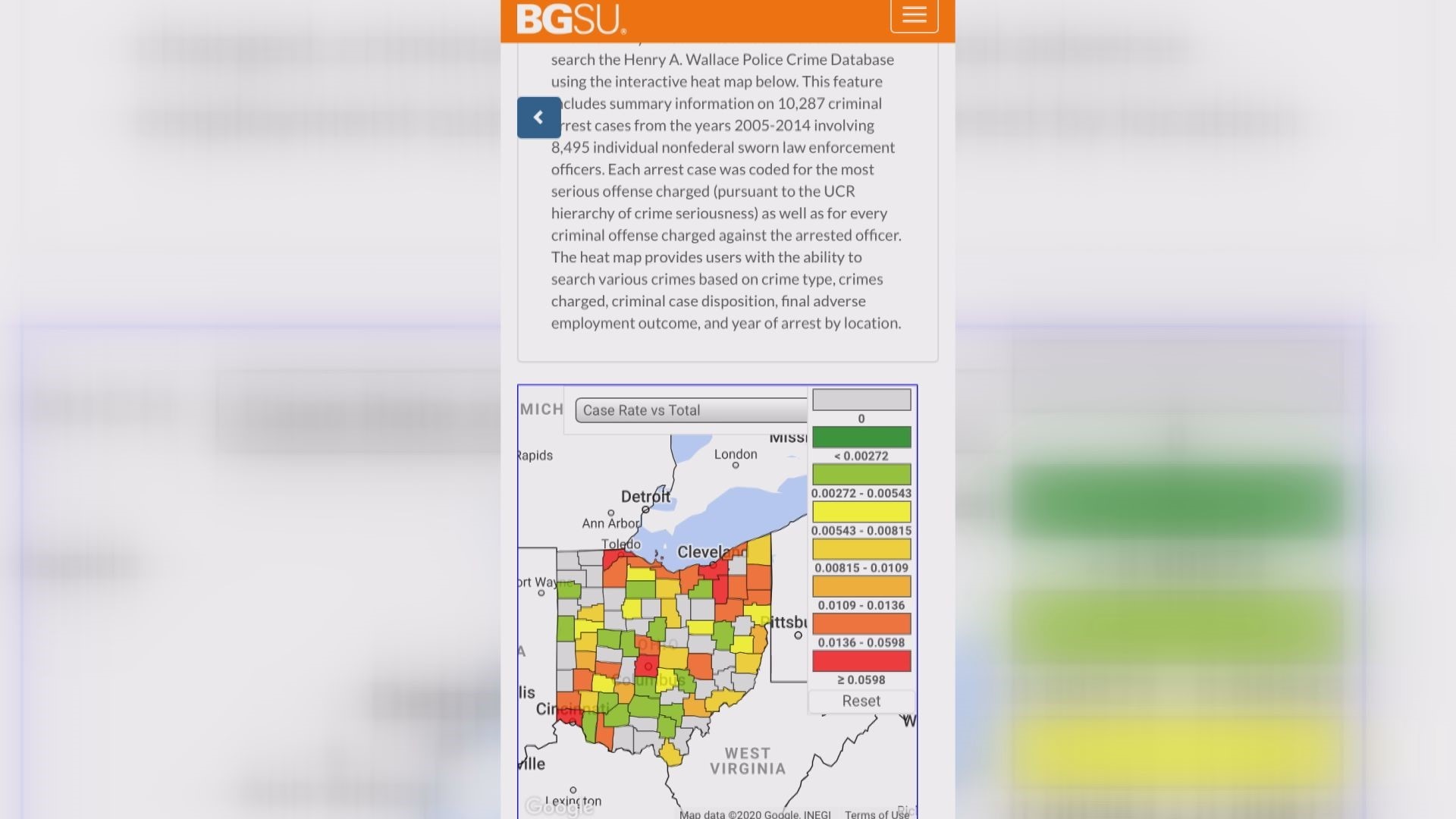 BOWLING GREEN, Ohio — A BGSU criminologist is providing some insight into some important data.

There are more than 10,000 tracked cases publicly available in the Henry A Wallace database at Bowling Green State University. The database tracks officers who have been arrested and what happens following their arrest.

"The primary purpose of my research is to improve policing and the second is to inform the public," BGSU criminology professor Phillip Stinson said.

Stinson, a former police officer and attorney-turned criminologist, has been tracking this data since 2005. It started out as a research project and grew from there.

Anyone who may be concerned about police misconduct or crime can go to the database and click on a map.

"You can click on a map of Ohio, for example, and click on Lucas County or Wood County, or whatever county you're interested in, and look at the cases where officers have been arrested or charged with a crime," Stinson said.

RELATED: 11 listens: Voices of Change to elevate the discussion of race relations and social justice in our community

The cases listed in the database can be from on-duty or off duty incidents. He hopes the data will help police departments across the country and create transparency throughout different communities.

Through his research, Stinson has found many surprising trends, but one of the biggest ones was that many of the officers in the database are not new to the force.

"Almost 20% of the arrest cases each year involve an officer who is within 3 years of retirement eligibility at the time of the crime or the arrest, that's troubling," Stinson said.

Stinson added tracking these cases takes time, which is why the data only runs from 2005-2014 right now.

The research from 2015 is set to be released in a couple of weeks. To view this entire database you can click here.