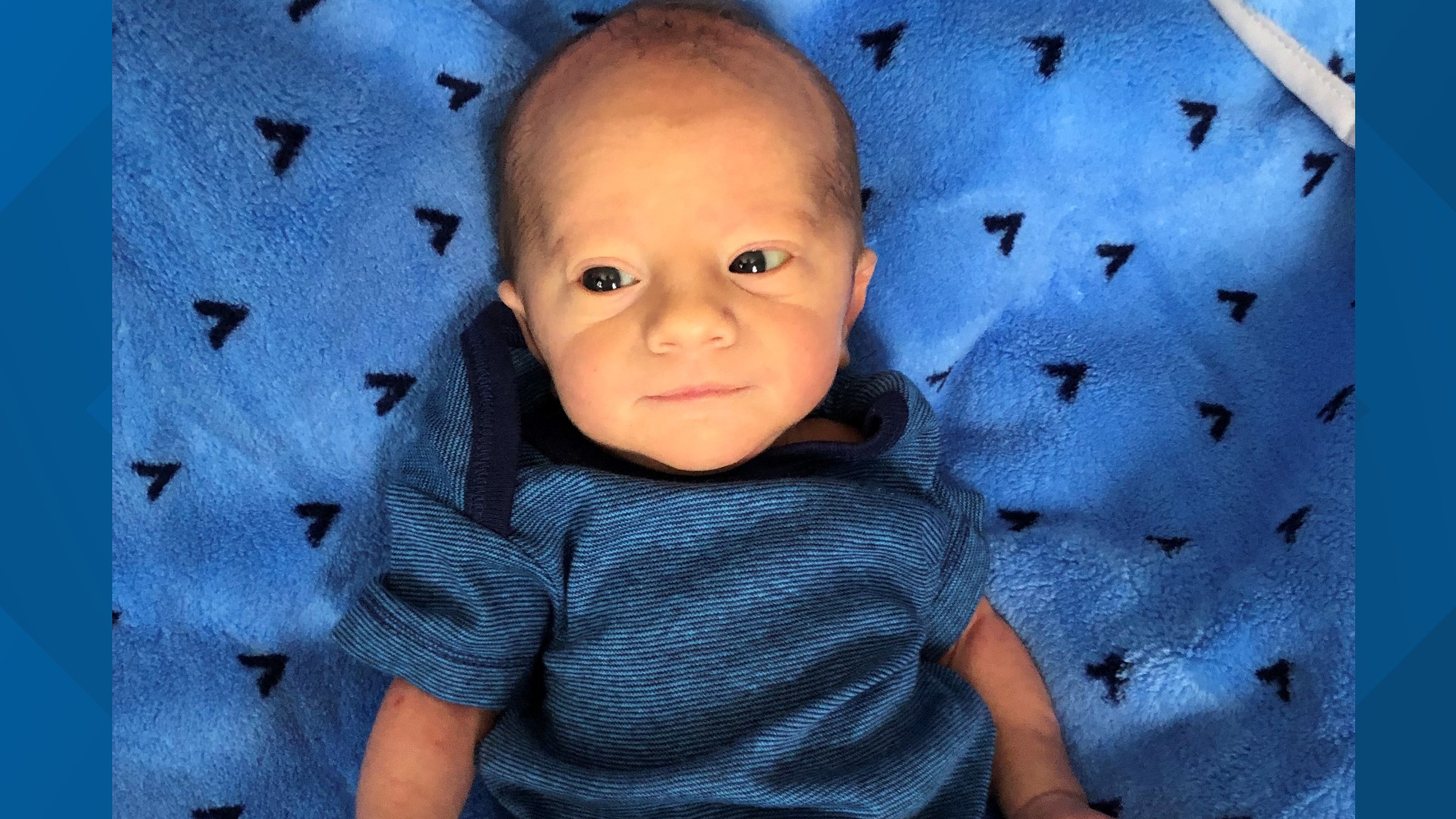 TOLEDO, Ohio — The story of Baby R.J. Ahlers is still being written, and the Toledo community has a chance to help him and his family out with the next chapter of his life during an all-day benefit at Sidelines in Toledo on Sunday.

And the effort to help the local child with two extremely rare disorders extends all the way to Hollywood, as actress Melissa McCarthy heard the family's story and is providing the grand raffle prize for Sunday's benefit - tickets to her "Little Big Shots" television show, plane tickets and accommodations.

WTOL first brought you the story of Baby RJ back around Halloween, when his parents assembled a squad of Marvel and D.C. costumed characters to help raise money to pay for the child's mounting medical bills, which were threatening to bankrupt the family.

R.J. was born with Agenesis of the Corpus Callosum, which means the center of his brain is underdeveloped. He also has Trisomy 9 Mosaic Syndrome, an incredibly rare genetic chromosome disorder, which only 1,200 people in the world have.

With such rarity, R.J. has seven different specialists caring for him, adding up to a high price that even insurance and assistance from federal and local programs can't fully cover.

The efforts to help R.J. took an ugly turn as hateful signs were posted near Franklin Park Mall in November, urging his parents to "let the baby die" and made references to a survival of the fittest theory.

Credit: Ahlers Family
This sign and others like it were posted under the Ahlers' family signs describing the rare conditions their son RJ has and pointing people toward their GoFundMe.

RELATED: Toledo baby is in the fight of his life and could use a few superheroes on his squad

The ugliness, though, definitely did not have the effect the sign maker intended. The family bounced back to "battle hatred with love" and gained viral global support, receiving messages of love and donations to their Go Fund Me page, far surpassing their $20,000 goal.

"We are so thankful and blessed to have Melissa McCarthy a part of Team RJ," said Angel Ahlers, RJ's mom.

You can come out to be part of Team RJ on Sunday from noon-11 p.m. at Sidelines, 2111 Mellwood Ave. to have 20% of your bill donated to help the baby's medical bills. There will be food and drink specials, a 50/50 drawing and $3,000 worth of additional raffle prizes drawn from 4-8 p.m. Tickets for the grand prize raffle are $5 each.