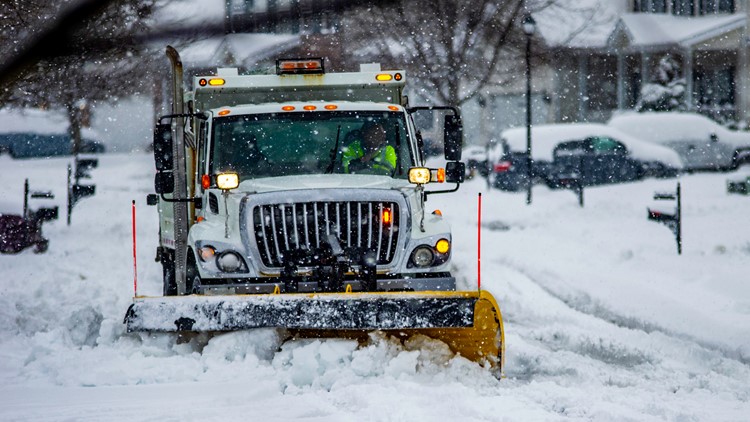 Beet juice: A magic bullet or a hidden danger in snow removal?

TOLEDO, Ohio — Dr. William Hintz has been in Toledo area since July.

After studying the dangers of road salts and other environmental pollution at New York's Rensselaer Polytechnic Institute, Hintz figured Toledo would be a good testing ground for his road salt research.

"When I arrived in July, the state of Ohio ranked pretty high in the amount if road salts applied," Hintz said.

Hintz is now an assistant professor for the University of Toledo, toiling in the school's lab at the Lake Erie Center.

Road salts are necessary. According to Hintz's research, they can reduce accidents during snow or ice storms by 80 - 90%. Since drivers don't show a willingness to slow down, salts are one of the easiest solutions.

But, Hintz has been one of the nation's leading voices on the environmental impacts of salts.

He said that in New York and in some areas near Chicago, the salts have leached into the ground and contaminated wells, making many of them unusable.

One of the alternatives studied by Hintz is, believe it or not, beet juice.

"Beet juice can help in deicing, because it helps the salt itself stick to the road, and it has a dye, so you can see where you applied it," Hintz said.

11 Investigates asked Ohio Department of Transportation officials to provide data on what counties use products containing some form of beets. Lucas County does not use any of the products, using almost exclusively salt brine.

But, other counties do use it. The data was pulled from last winter's driving season.

Near Cleveland, Lorain County used more than 67,000 gallons. Lorain, Fulton, Wood, and Erie counties all have something in common: the counties contain rivers that flow into Lake Erie.

According to Hintz's research, beet juice, though touted as environmentally friendly, can decimate aquatic bodies.

"It's a nutrient source for organisms, microbial communities that can suck the oxygen out of the water," Hintz said. "There is a lot that we don't know about beet juice additives. But, we do know that it's just as toxic as regular salt to microorganisms."

In fact, when beet juice sucks the oxygen from the water, it kills the organisms that feed on algae, thereby allowing algal blooms to flourish.

For years, Lake Erie has struggled with algae. In August 2014, more than 500,000 people in northwest Ohio could not drink the region's water for three days because of toxic algae.

Could counties actually be making our algae problem worse by trying to be environmentally friendly?

11 Investigates showed the data and research to ODOT officials.

“All of the products we use undergo extensive testing by a nationally renowned organization," a provided statement reads. "One of the factors they test is environmental impacts. They would not approve, and we would not use, any product that has a widespread and known negative impact on the environment."

An ODOT spokesman also pointed out that the use of beet juice and other alternatives has gone down dramatically this winter. Salt brine is more cost-effective for the state.

Hintz understands that road treatments are necessary, but he asks that officials work with researchers to provide more environmentally friendly road treatments.

Hintz said that some areas of the country are beginning to use Live Edge plows. Those plows conform more closely to roadways, allowing for more snow and ice to be swept in one pass. More efficient plowing would mean less road salt - and beet juice - on road surfaces.

But something needs to be done, Hints believes.

“We need scientists, transportation professionals, officials to get together and say we are going to improve how we apply road salts," he said.