The City of Bangor City Council is discussing ways to condemn violence against people of color in the wake of George Floyd's death. 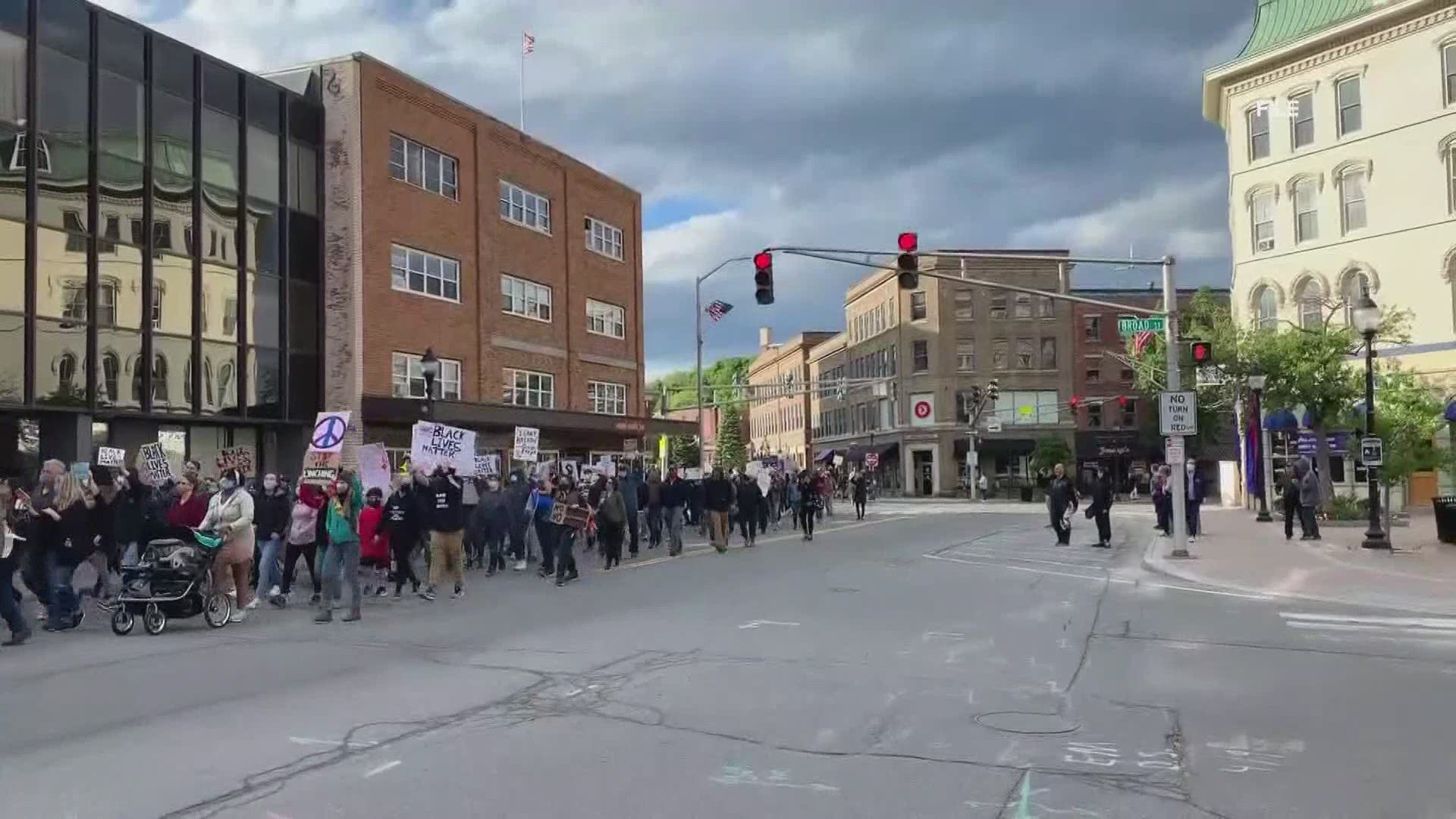 BANGOR, Maine — People across Maine and across the nation are marching through the streets to raise awareness for the Black Lives Matter movement, and have been for many days now.

In Bangor, more steps against violence are being taken as city officials work to protect the rights of people of color.

City councilor Angela Okafor is the first woman of color to serve on the Bangor City Council.

"It's one positive step towards the right direction," Okafor said.

The first step toward a more inclusive community is a discussion by city leaders on a resolution to condemn violence against people of color and to ensure all city officials uphold and advance the goals of social justice.

Okafor is hopeful for change with the support of her colleagues.

"The protest was very heartwarming and very encouraging that every single city councilor showed up," she said.

She added it wasn't just city councilors who showed up to last Monday's Black Lives Matter event in Bangor, but many other city officials.

That event was organized by Racial Equity & Justice, a non-profit in Bangor.

David Patrick is one of the rally organizers, he said the Black Lives Matter movement differs from state to state.

"And in our state we really try to stay true to what that means for Maine," he said.

Patrick said while Maine is primarily white, his organization wants to let people of color know they are welcome here.

"People of color don't necessarily feel like this is a place they can remain or a place that would necessarily be encouraging other people to come but that can change," he said.

That change starts with a discussion and that's exactly what's on the agenda for the Bangor City Council on Monday night.

Here's a look at the agenda: