For a second day in a row, road conditions are icy. 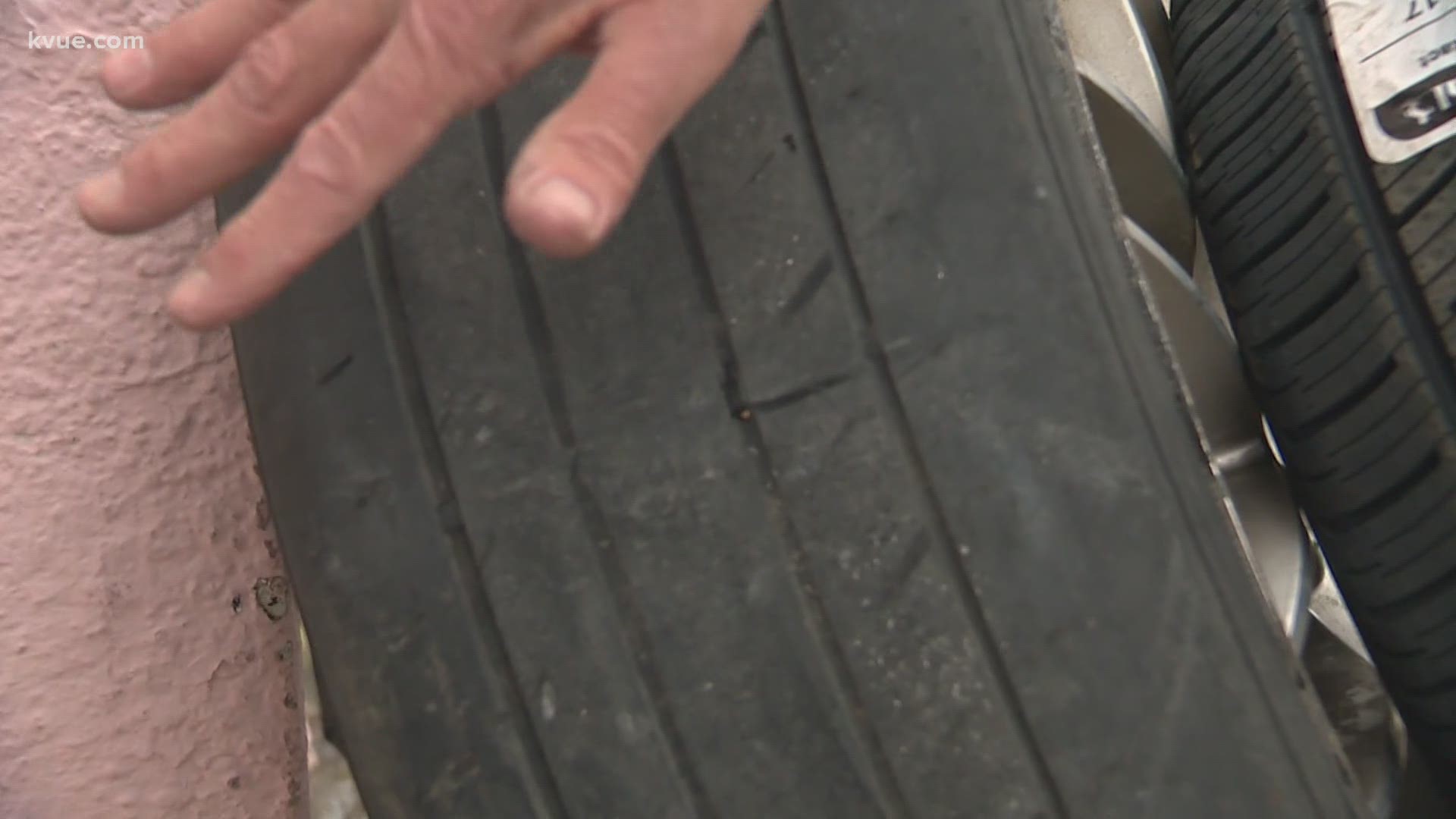 The Texas Department of Transportation (TxDOT) began to pretreat bridges and overpasses on major Austin roads on Wednesday in preparation for the expected icy conditions. Several crashes, including a reported 26-car pile-up, happened across the Austin area throughout the day Thursday.

For real-time roadway conditions in your area, check DriveTexas.org.

5:25 p.m. - Ice buildup is reported at the following locations:

5:20 p.m. - Accident reported on northbound I-35 near Brandt Road and the Slaughter Creek overpass.

3:55 p.m. - An accident has been reported on US 183 southbound at MoPac, with the right lane blocked.

Accident reported on I-35 frontage road at Wells Branch Parkway

1:19 p.m - The Travis County Sheriff's Office says from 4 a.m. to noon today, deputies responded to 51 collisions. Last Friday, it responded to six in that same timeframe.

The AFD noted that in an average 24 hours, it might receive around 500 calls.

11 a.m. - Parts of Loop 360 will be closed as TxDOT works to treat for ice. Traffic signals may also be dark or flashing red due to power issues.

Loop 360 has multiple signals DARK or FLASHING RED due to power issues @austinenergy is working hard to remedy. Parts of Loop 360 may be closed as @TxDOTAustin works to treat for ice. Please seek alternate routes and treat DARK or FLASHING signals as ALL WAY STOP. #ATXtraffic pic.twitter.com/G27bC1ltNS

10:36 a.m. - The Kyle Fire Department is responding to a reported major collision on I-35 at the 214-mile marker. It's been reported that at least two semi-trucks are involved. There may be a fire and a person trapped.

10:25 a.m. - The Parmer Lane Bridge is blocked in both directions between Riata Vista and Amherst/Silver Creek due to ice on the bridge over the railroad tracks.

8:49 a.m. - From midnight to 8:30 a.m., Austin-Travis County EMS has responded to 39 crashes. Some of those initial crashes turned into multiple collisions, ATCEMS said. Officials are asking drivers to stay home if they can.

7:29 a.m. - The weather is currently affecting CapMetro service systemwide. You should expect delays. You can sign up for MetroAlerts here.

7:13 a.m. - Travis County deputies have been had the ramp from South State Highway 45 westbound to northbound I-35 closed since 11 p.m. An 18-wheeler is stuck on the ramp. Two tow trucks have been unable to reach it due to icy conditions.

7:09 a.m. - Eastbound State Highway 71 closed at Riverside Drive due to a crash. Detour to the frontage road if travel is required.

7:06 a.m. - The 183A Toll road is closed in both directions due to icy conditions on the roadway.

6:48 a.m. - There was a rollover collision on 5551 McKinney Falls Parkway. No one was seriously injured in the crash.

6:06 a.m. - The southbound lanes at Interstate 35 and US 290 are closed due to multiple crashes in both directions near Exit 238, KVUE's Bryce Newberry is reporting. Northbound lanes are not closed, but are very congested.

5:46 a.m. - Emergency crews are responding to a reported vehicle rescue at northbound 6200 N. Interstate 35. There are initial reports of a two-vehicle collision with one person pinned in one of the vehicles. Avoid the area.

5:30 a.m. - Since midnight, Austin Travis County EMS said it has responded to 11 collisions, some of which were ice-related, and two cold exposures. ATCEMS said you should assume all bridges and overpasses are icy, and you should avoid unnecessary travel.

If you do have to travel and you are involved in a collision, stay in your vehicle until responders arrive and follow their instructions

5:11 a.m. - Eastbound State Highway 71 at East Ben White Boulevard is closed due to a crash. Traffic will detour to the frontage road.

4:26 a.m. - Austin emergency crews were on the scene of an ice-related crash involving an 18-wheeler and two other vehicles on eastbound Ben White Boulevard. No one was taken to a hospital.

Tips on how to drive in wintry weather

TxDOT said drivers should follow these guidelines to keep themselves and others safe:

'A tragic day for the Fort Worth family': At least 6 killed in 133 vehicle pileup crash on I-35W in Fort Worth, officials say