An ATV driver has been taken to the hospital with life-threatening injuries after a crash on Central Avenue near Cambridge Street. 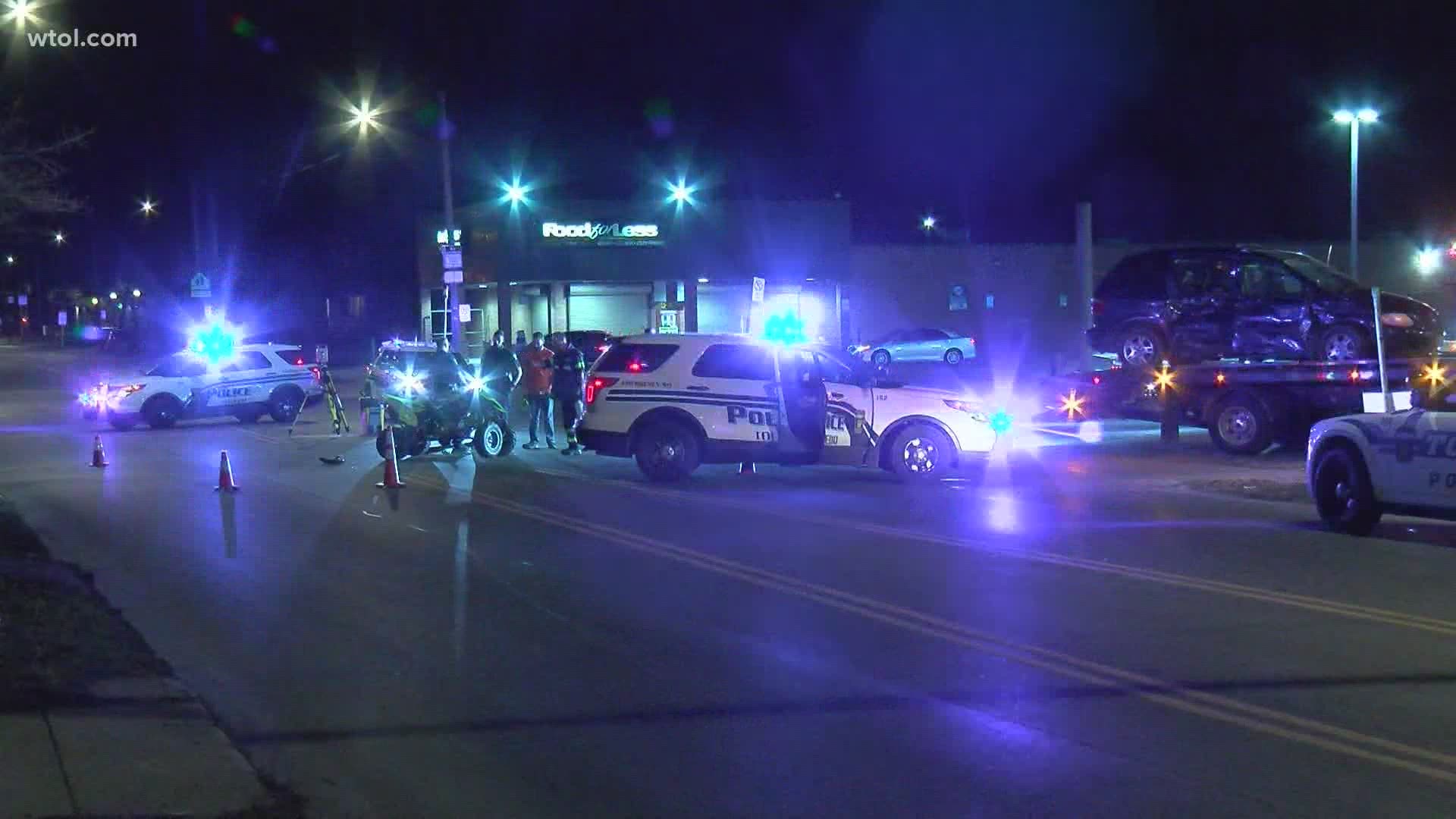 An ATV driver crashed into a vehicle on Central Avenue between Collingwood Boulevard and Cherry Street. The ATV driver suffered severe injuries and was taken to Mercy St. Vincent Hospital, according to Toledo police on the scene.

The driver's identity has not been released. He was pronounced dead at the hospital.

The other vehicle was driven by Tesha Birchfield, 47. She sustained minor injuries.

The crash remains under investigation.