"I just want people to get their kids their shots. Everybody just needs to get the shot. It's a much better route than the one we're in." 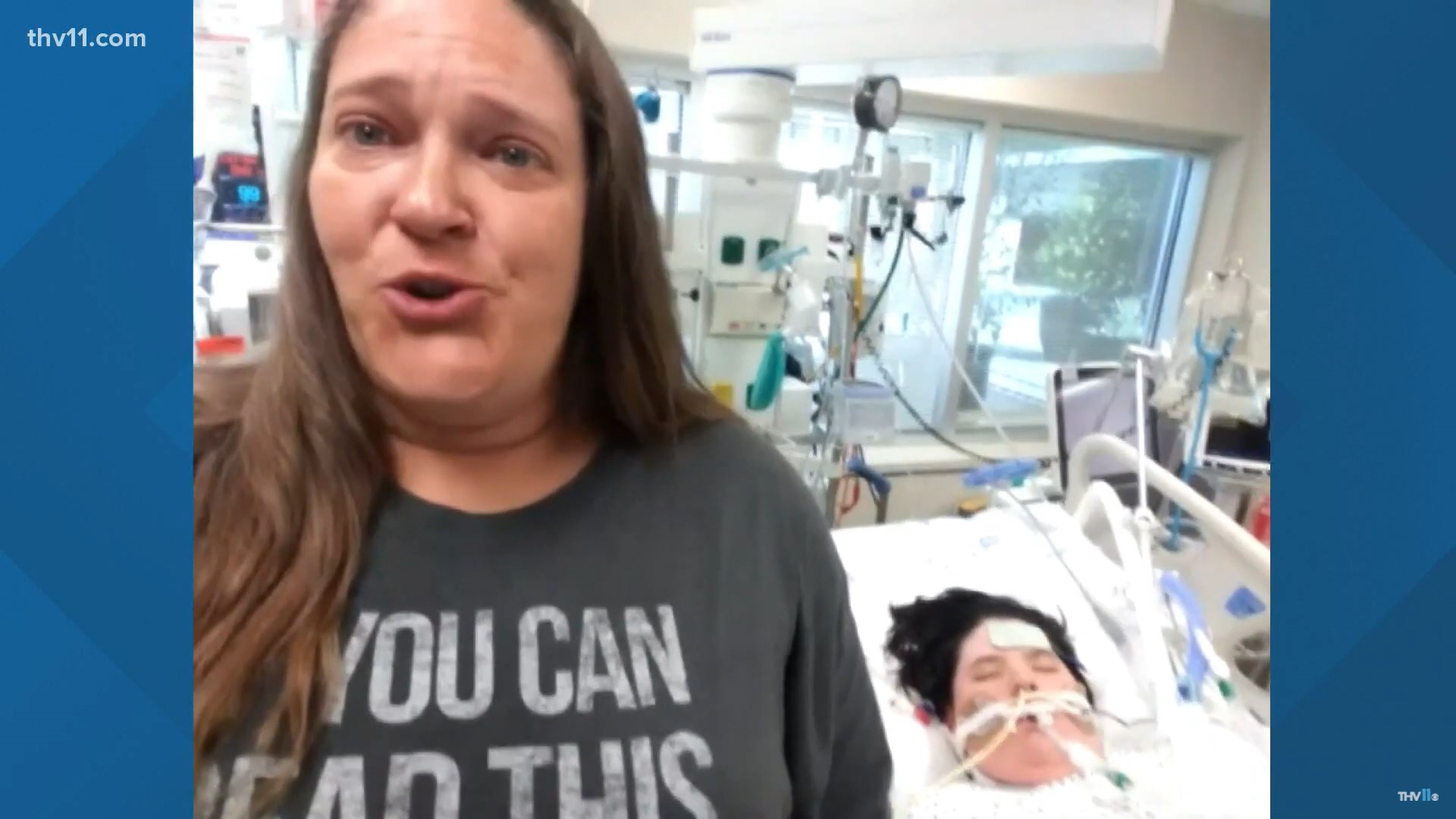 LITTLE ROCK, Ark. — We've been talking about how the Delta variant is more transmissible and how it's hitting the unvaccinated harder. Now, it's happening to some of our youngest here in Arkansas.

She said the hardest part about watching her child suffer is that the entire thing was preventable.

"It's very hard to see her in this situation. It's very hard not knowing if she's really going to come home anymore or not," Morris said. "It's heartbreaking. I wish I would've made better choices for her."

She has spent the last 12 days inside Arkansas Children's Hospital watching her 13-year-old breathe with the help of a ventilator.

Morris said it started with only flu-like symptoms.

Morris said that she decided against vaccinations for both herself and Caia due to misinformation .

Caia is one of three patients at Arkansas Children's Hospital on a ventilator and one of seven currently battling COVID-19.

"This is looking more like what we saw this winter and less of what we had been seeing during the springtime," Snowden said.

The various symptoms they've seen in children range from mild to severe, according to Snowden.

"We've had perfectly healthy children who end up in the hospital, in the ICU, with COVID-19 infection," she said. "So it is definitely something that could impact anyone."

The age range is wide too, but Snowden said there's one common denominator.

"All of the children we have admitted who are seriously sick with COVID-19 are either too young to get vaccinated, or haven't been vaccinated yet," she said.

While her daughter continues to fight, Morris doesn't want anyone else's child in the same situation.

"I just want people to get their kids their shots. Everybody just needs to get the shot. It's a much better route than the one we're in," she said.

Dr. Snowden has some tips for parents who have kids who are ineligible for the vaccine.

She said that it's important to remind your kids to practice the same guidelines that they learned at the very beginning of the pandemic: wash your hands, social distance, and wear a mask when you're in crowds.