1 in 10 babies in Arizona are born prematurely 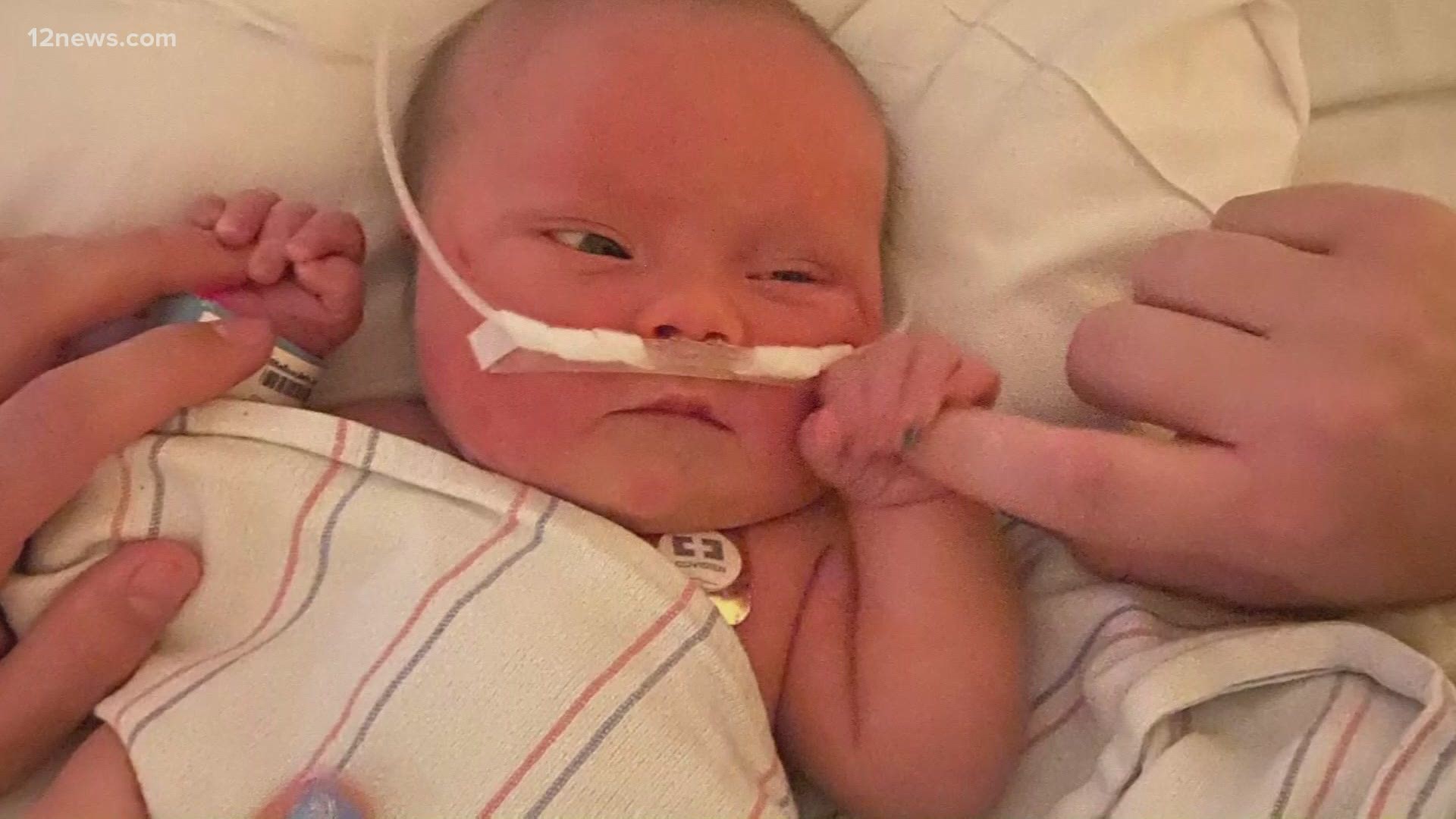 According to the World Health Organization (WHO), an estimated 15 million babies are born too early each year, and about 1 million will die annually due to complications of preterm birth.

When a baby is born too soon, their lives become even more fragile.

“Brains are still immature, which helps regulate your temperature regulation, your breathing. Being able to learn to orally have a bottle or for the mom to want to breastfeed,” said Karen Theil, a NICU Nurse at HonorHealth Scottsdale Shea Medical Center.

According to the March of Dimes, 1 in 10 newborns in Arizona will be born prematurely.

“We don’t have the answers to why babies are born too soon. Wish we did. But being able to work with our hospital partners and our families. We can really help to understand what we can do more upstream to have a healthy pregnancy,” said Breann Westmore, the director of Maternal Infant Health at March of Dimes Arizona.

Kate and Nate Mellow’s little guy Teddy was born a little too soon and needs some help with his breathing before he can leave the NICU.

“I think every day in utero helps them so much. That it being eight days early, I think he just needed those eight days of help,” said Kate Mellow.

The NICU at HonorHealth Scottsdale Shea Medical Center already had strict safety measures in place before the pandemic. Now - only parents are allowed in and they must wear masks and gowns.

“They are washing their hands and able to touch their babies, but it does take away the part where they’re smiling at their babies,” said Theil.

Arizona’s preterm birth rate is just below the national average and is from a year ago, according to the March of Dimes Arizona.