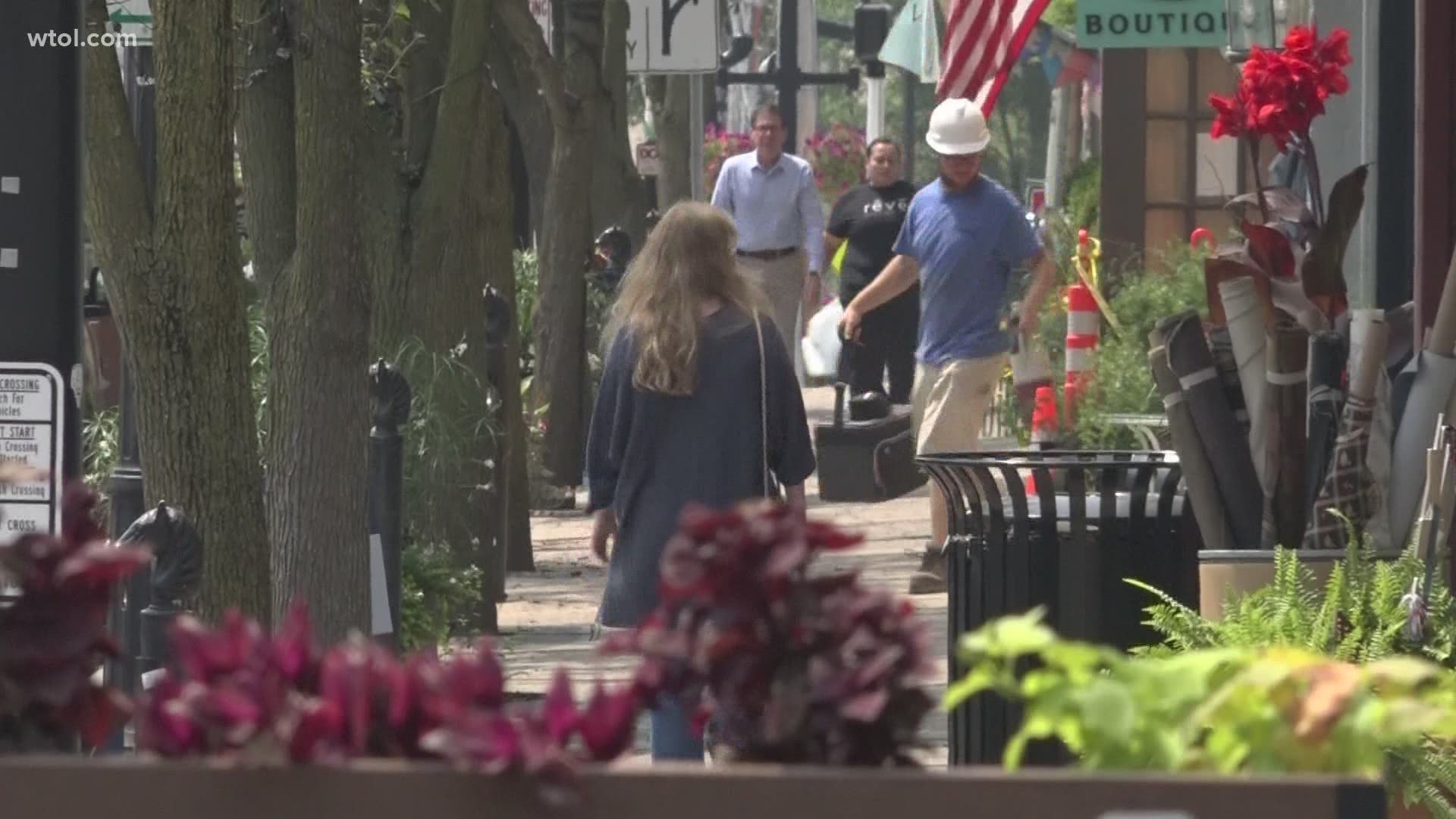 SYLVANIA, Ohio — Over the next couple of days, you'll likely see more people around downtown Sylvania.

The Marathon LPGA Classic brings thousands to the area and millions of dollars to local businesses.

It's great for the area, especially after 2020's tournament didn't have spectators.

Officials at the Sylvania Area Chamber of Commerce say being able to have fans back and walking the streets is exciting and it's a group effort putting it on.

From the Marathon Classic team to the business owners and Sylvania residents, all of them work to make the week fun and enjoyable.

The Chamber's Executive Director, Tiffany Scott, says it's paying off.

Every year, Sylvania's economy sees an increase during the tournament because spectators also want to shop the area and grab food.

RELATED: 2021 Marathon LPGA Classic preview: What you need to know

"We definitely see an uptick," said Scott. "Our businesses embrace that the players and their families are coming to town. All the spectators that drive and fly in. It's just a nice way to showcase Sylvania. And our businesses really embrace it."

Scott says they are always excited and thankful to continue being the host town for Marathon Classic.

She believes it's because Sylvania has a hometown feel and everyone welcomes the golfers.

As of Tuesday, local business owners were already seeing an increase in visitors, even before the first group tees off in the tournament on Thursday.

Since Monday, there have been multiple pro-am events leading up to the tournament.

RELATED: Solheim Cup 2021 schedule of events | How to plan your week

That, paired with spectators making their way to the area for the first round of the Marathon Classic has contributed to the influx.

"It's absolutely fantastic. To have this be a part of our community all these years. It's a chance for people to come in and see the area, who maybe aren't familiar with it. And also for us to showcase what we have to offer people," said Brandon Fields, co-owner of Inside the Five Brewing Company.

Business owners say they have seen an uptick during the day, specifically at lunchtime and before dinner.

People will stop to shop and grab a bite to eat before heading to the course or as they leave the tournament for the day.

"In the summer anyway, we get outside people in, but then they look forward to coming back every year for an event or even some of the local events we have here," said Angela Christianson, owner of Angela's Angels Gift Shop.

Either way, local business is getting a boost and shop owners say it's great to have more foot traffic, especially after there were no spectators at the tournament in 2020 due to COVID-19.