Unable to perform at games this year do to the pandemic the Marching Generals held a special showcase on Sunday for friends, family and fans of the band. 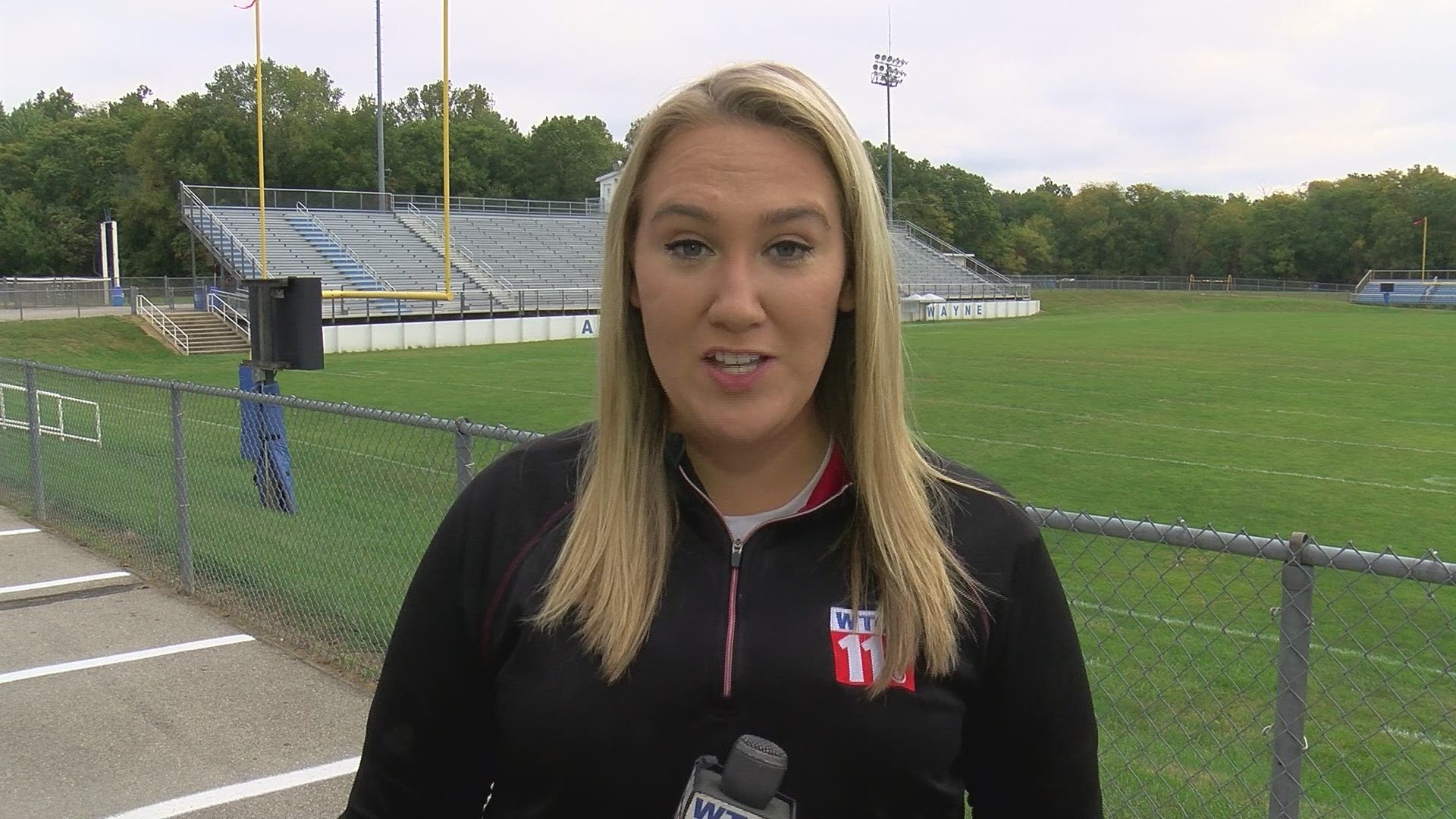 WHITEHOUSE, Ohio — Bands are a huge part of high school football on Friday nights but the COVID-19 pandemic has limited how much, or even if, they can perform at all.

At Anthony Wayne High School, they didn’t want the Marching Generals hard work to go to waste however.

On Sunday night the school held an exclusive performance.

The Marching Generals are known for extravagant performances, formations that are so precise you’d be hard pressed to find a single mistake.

Hours of practice result in mere minutes of half-time show.

“It’s definitely a lot of hard work. There’s some things that we have to do over and over and over again, because one person does it wrong,” said Gretchan Gasser, Marching Generals senior band member. “But I really think that the amount of work that we put in, it just makes up the difference.”

The stands were filled just for them.

“Especially being a senior, it’s very special because obviously we got a lot of stuff taken away from us this year. And I think having all of that taken away was kind of sad. But having this one night to kind of make it all up and all the friends and family of the band, that’s very special to me,” said Gasser.

Students and parents got to experience the sights and sounds of the Marching Generals from their pre-game performance to their halftime spectacular, a single night, but memories that will last forever.

“While it’s not a perfect replacement for the halftime and pre-game situation at a football game, I think that it’s a good tradeoff in the situation that we have with the pandemic right now,” said Young.

The Anthony Wayne Marching Generals practice for hours and hours each week to impress the crowd with their performances. They haven't been able to do that this football season so they opened up the stadium just for them to showcase all their hard work. pic.twitter.com/rJFgLWzREE

COVID has changed a lot of things, but one thing it will never change, the dedication these band members have and the awe-inspiring talent they bring to the field.