Jacob Zajkowski is ready to lead other young farmers and make a name for himself in the farming and agriculture community. 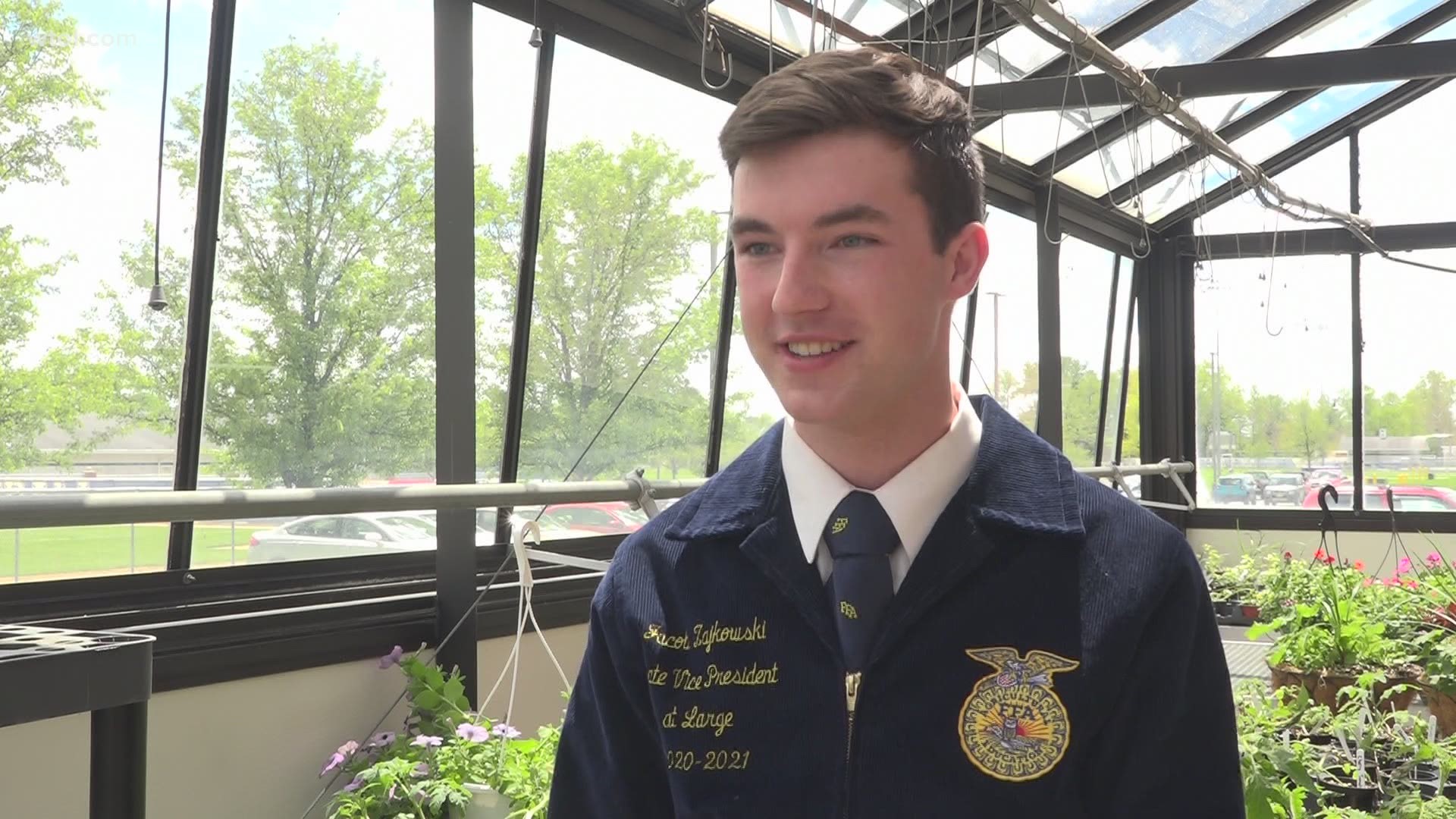 WHITEHOUSE, Ohio — The Ohio Future Farmers of America Association has a new president and he comes from right here in northwest Ohio.

Jacob Zajkowski is ready to lead other young farmers and make a name for himself in the farming and agriculture community.

The Anthony Wayne High School senior was recently named the 2021-22 president for the Ohio Future Farmers of America (FFA) Association.

"I will be taking a year off when I graduate this May and centralizing down in Columbus to serve our membership," the newly-elected president said.

In this position, he will serve 26,000 students across the state who are enrolled in agricultural education classes and working toward a career in agriculture.

In 2020, he served as the state vice president at-large for the Ohio FFA. But, his love for agriculture is what he calls "non-traditional" after enrolling in an agri-science class at Anthony Wayne.

"I don't come from an agricultural background. It skipped a generation, so I found my passion for agri-science, research and the more modern side of agricultural technology," he said.

His next year as president will consist of traveling across the nation and right here in Ohio, meeting with all the FFA chapters.

After his year serving young farmers, he will head to Cornell University with the goal of eventually working in the modern era of agricultural technology.

"Controlled environment agriculture is my passion, producing food, vegetable crops in greenhouses like this. So, I hope to be a greenhouse manager somewhere, maybe in the nation or somewhere in the world," he said.

Zajkowski is planting the seeds to grow a future generation of modern farmers across the nation.