American Legion Post 320 in Maumee holds a flag disposal ceremony once a year to properly dispose of worn flags that are ready to be retired. 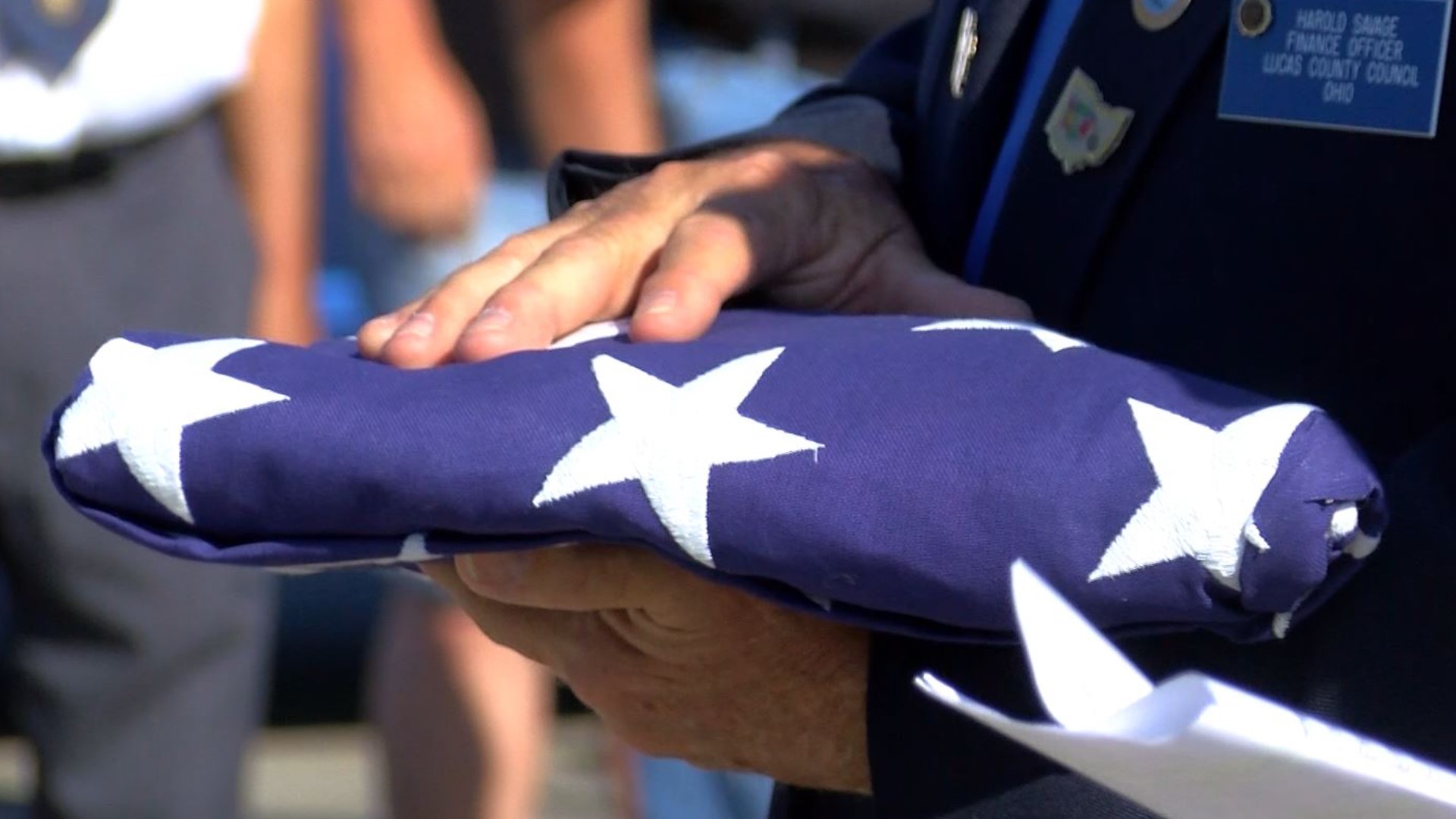 MAUMEE, Ohio — Even our nation's ultimate symbol -- the American flag -- needs to be replaced from time to time. American Legion Post 320 in Maumee held its annual retirement ceremony for used flags and disposed of them properly and with respect.

Lucas County Council Sergeant-at-Arms Ray Schlagheck says the flag has been present throughout our nation's history in our brightest and darkest moments from Fallen Timbers to Iwo Jima to Ground Zero.

Once a year, American Legion Post 320 disposes of thousands of flags from homes and businesses around Lucas County.

"All the flags that we've gathered for the past year to honor them and retire them with the burning," said post commander James Pauly.

He says anyone can dispose of a flag once it is worn out and tattered by burning it and burying the ashes. But the annual ceremony is a chance to give the flag the respect it deserves.

During the ceremony, the flags are inspected by the commander, celebrated in song and put to rest in the fire.

Schlagheck served in the Air Force from 1961 to 1965. He says the flag will always mean more to him than most.

"It really shows patriotism and honors the veterans, some of them didn't come home in all the wars that they fought in," he said.

Pauly recognizes even those that disrespect or protest the flag because he says they fought for the constitution and free speech. And he encourages all to fly the flag as a common reminder that we are all Americans.