The legislation will be considered by council on Monday, and if passed, would take effect immediately. 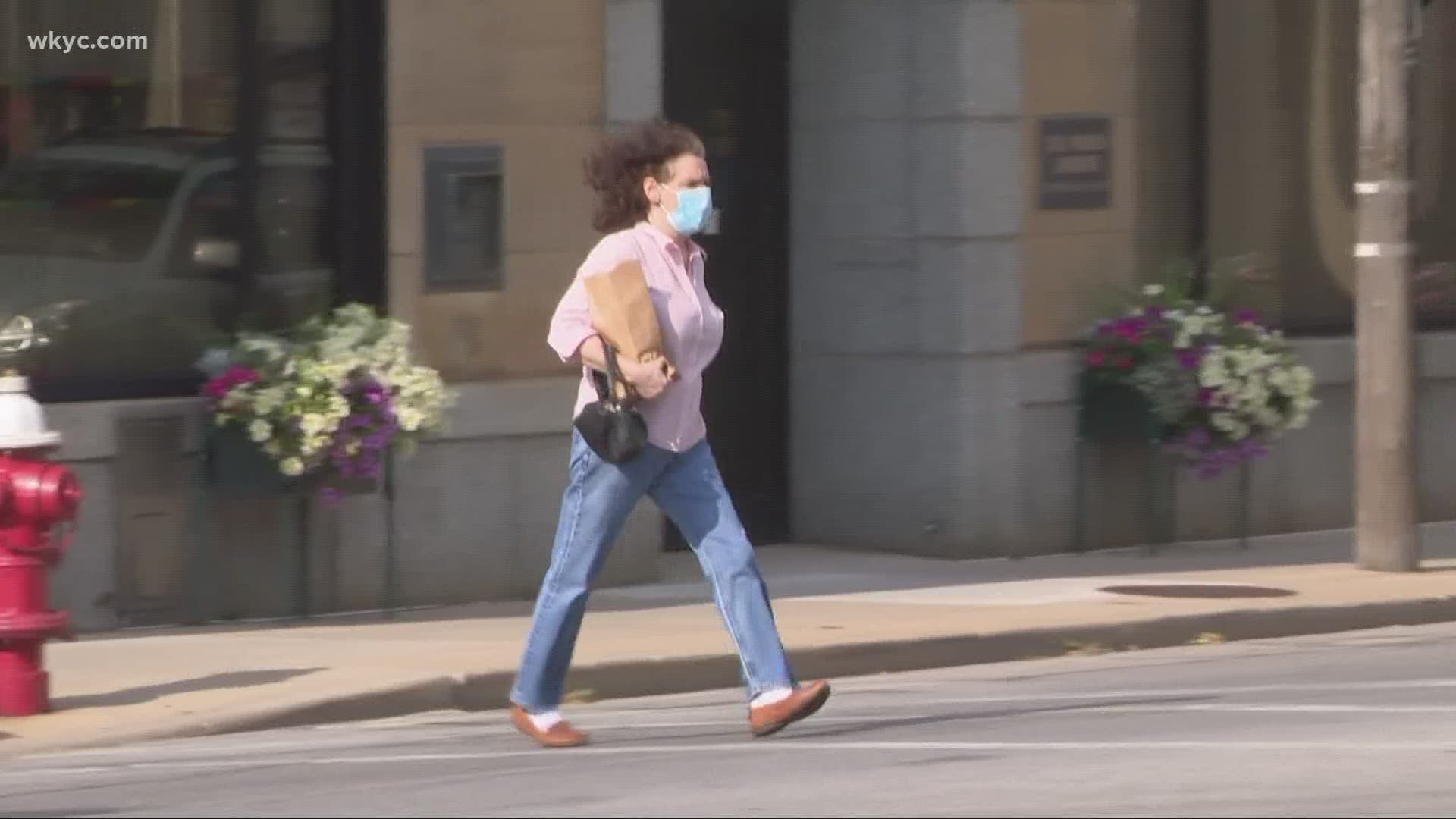 AKRON, Ohio — As Summit County enters the status of Level 3 red, triggering a state-issued order mandating masks be worn in public, the mayor of Akron has introduced legislation requiring face coverings be worn in the city under most circumstances.

The legislation will be considered by council on Monday, July 13, and if passed, will take effect immediately.

While the order is immediately in effect throughout the entirety of Summit County under the Ohio Public Health Advisory System, Akron Mayor Dan Horrigan says passing a local ordinance will allow Akron to pursue civil penalties (instead of the criminal penalties available under the state order) and to maintain the mandatory face covering order as long as necessary to stop the spread of COVID-19.

Once passed, the city of Akron order would remain until further action of Council, in consultation with Summit County Public Health.

"I take my duties as Mayor very seriously and the most crucial charge of my position is protecting the safety and wellbeing of the citizens of Akron. This face covering order will help keep Akron businesses open, help get our kids back into school, and ultimately and most importantly, save lives. Wearing a mask is not a political statement. It is a way of showing common courtesy and kindness to your fellow citizens. I wear my mask to protect your family and you wear yours to protect mine, and that is how community works," Horrigan said in a statement.

Situations when face coverings will be required under the local order:

Exceptions and situations when face coverings are not required under the local order:

Horrigan says enforcement of the proposed order would be issued by Summit County Public Health (SCPH). The Akron Police Department would have no role in enforcement under the local Akron proposal. Businesses that fail to enforce the requirements of the order within their establishment, after a warning and an opportunity to correct the violation, could face a potential civil penalty of $250.

Individuals who fail to comply with the order, after a warning and an opportunity to correct the violation, could face a potential civil penalty of $50.

Once the order goes into effect, the city will be making additional information and resources available to businesses and individuals seeking to comply with the order.

“Masks, along with social distancing and frequent hand washing have been shown to be very effective strategies,” said Summit County Public Health Commissioner Donna Skoda. “I fully support Mayor Horrigan and members of City Council passing a mask ordinance so we can better control this viral outbreak.”

RELATED: Which Ohio cities, other states have mask requirements?