Open since 1969, Book Nook in Monroe closing its doors for good

Owner Janet Berns says the book store has come close to closing down before. Loss of business due to the pandemic proved to be an insurmountable hurdle however. 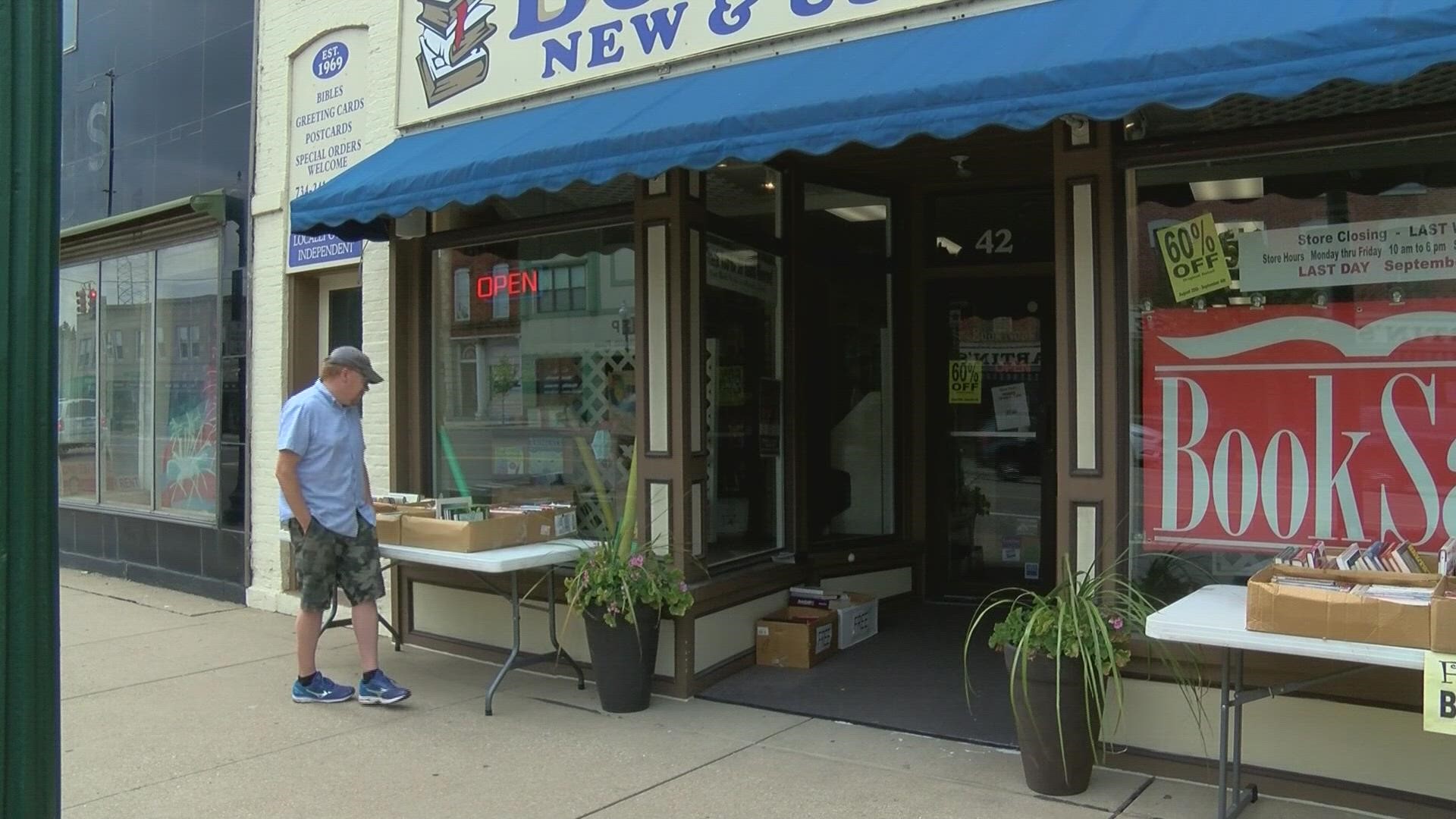 MONROE, Mich. — A Michigan business is closing its doors after more than 50 years in downtown Monroe. Why? That’s a very good question. The biggest reason… technology.

The Book Nook sold new and used books. Saturday was their last day.

In business since November 11, 1969, the store has been a fixture in downtown Monroe for half a century.

Owner Janet Berns says the store’s business began to drop off noticeably with the advent of Amazon and the Kindle.

She says the store began selling used books at that time.

The Book Nook has come close to closing before. In 2003 the store had a problem with their roof. It was only when loyal customers came together to save the store that they were granted a reprieve.

In 2016, the neighboring store had a fire that resulted in water and smoke damage. They were knocked down, closing the store for 10 months, but not knocked out.

It’s been rough since then however and the COVID-19 pandemic finally did the store in.

The store will continue to have an online presence where they hope to sell their remaining inventory.