An Amish community faces a hefty fine or jail time if they don't comply with Lenawee County. But, certain regulations conflict with their religious beliefs. 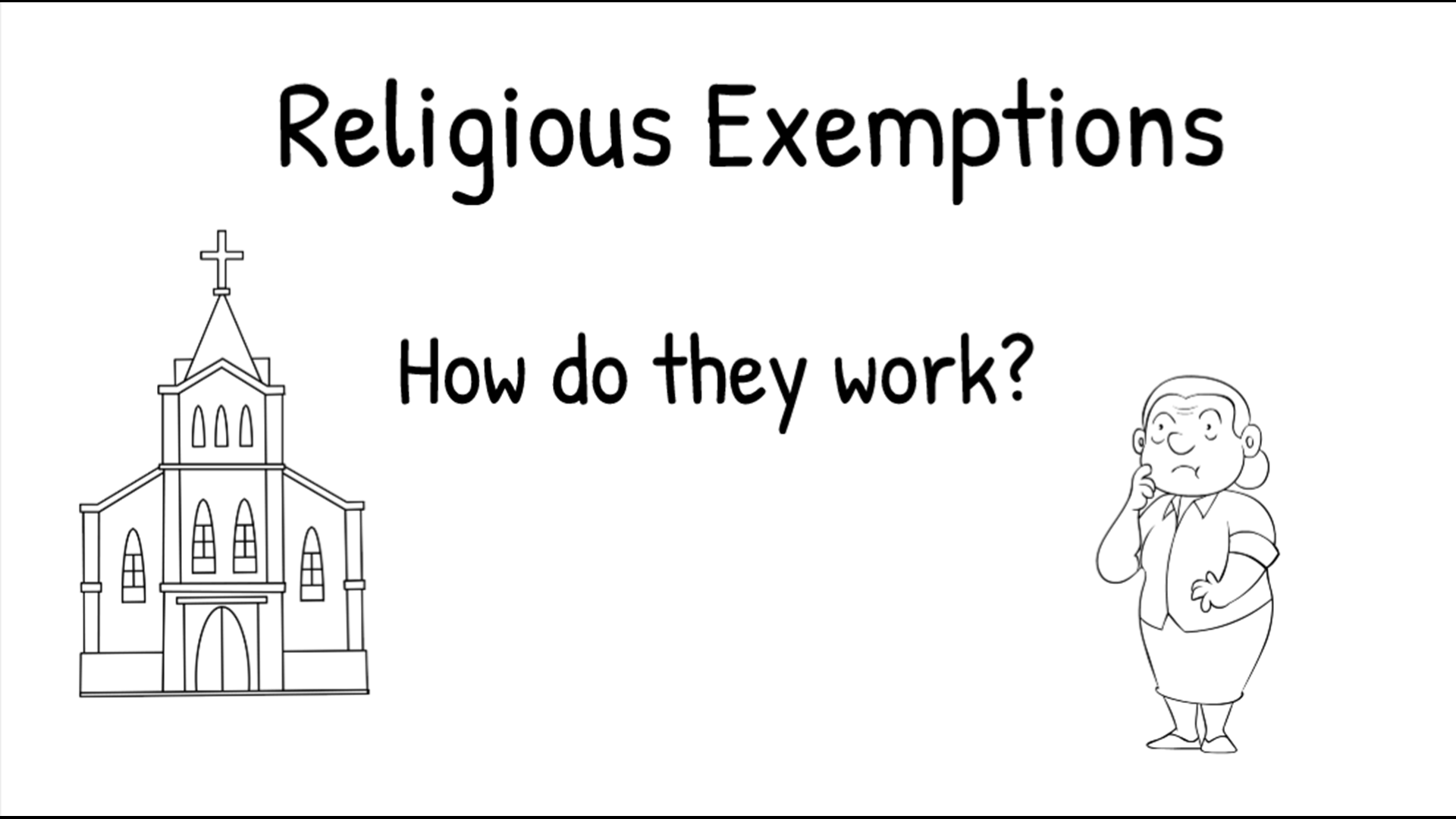 MORENCI, Mich. — A Friday deadline threatens a way of life for a community in Michigan that seeks just to live prayerfully in peace. Eviction notices for a group of Old Order Amish gave the community until Friday, August 16 to leave what the Lenawee County Health Department says are unsafe living conditions. The Amish, however, say complying with the regulations would threaten the very tenets of their faith.

If you take a drive deep down the country roads of Morenci, Michigan, you may stumble upon a little stand full of fresh tomatoes, melons and dozens of homemade cookies. On Thursdays, the Amish women bake pies for local farmers markets.

They are some new faces in Lenawee County, and the first of the Old Order Amish faith to move into the area. But, their unique way of life may be the very thing to force them from their newfound homes - or face the threat of major fines, time in jail or both.

The first group arrived four years ago after branching off from an Amish community in Camden. They bought a few plots of land, built homes, barns and tilled the land to make it suitable for farming. Not long after, they were surprised by an inspection from the Lenawee County Health Department and were soon told that their outhouses, water wells and hand pumps in place of running water and indoor plumbing were a violation of county code. However, the requirements laid out by the county directly conflict with strict tenets of their conservative religion.

Monthly letters were sent in 2016 and 2017 before the department sat down with the community's bishop. No resolution was made. A final letter was sent in January 2019, and months after that a notice was put on each of their doors, stating the dwellings were "unfit for human habitation." That document gave them 30 days to leave or face the penalty of a $500 and/or up to 90 days in jail. Those 30 days ran out on Friday, with no solution in sight.

However, residents and friends of the community ask, can a religious exemption be made?

While specific restrictions may vary from community to community, this particular group of Amish residents cannot use electric, hydraulics, or air pressure.

An Amish community member said they believe even minor fluctuations in what this community allows for themselves can have major implications. They work hard to maintain their values and believe that small changes can be a slippery slope.

Currently, community members get their water from a well, using a hand pump. According to one homeowner, their water has been tested by the state and deemed safe.

Likewise, he claims he has measured the distance from their well to the outhouse and it is within the guidelines laid out by the state.

This run-in with the health department poses another issue for the Amish as they are also unable to defend themselves in court. They are non-resistant, which essentially means they aren't fighters. It is against their religious code to engage in court proceedings. In order for change to happen, or for their case to be heard, a third party would have to get involved.

Some neighbors have stepped in, however, like Mary Speer who has looked into resources like the National Committee for Amish Religious Freedom. The committee helped in a major Amish religious freedom case from the 1970s, Wisconsin v. Yoder, which was ruled in favor of the Amish. Speer believes her Amish neighbors have the right to live and worship as they wish.

Speer has worked closely with these families since they arrived, often having them help her with work on her property. She said that she worries about the children, should the parents be sent to jail.

"Where will they go if they health department appears and arrests the adults and takes the children into foster care? Most only speak German until age 6," Speer said. "They are peaceable and this is so alien to them."

According to a notice from the Lenawee County Health Department, members of the Morenci Amish community are specifically violating Chapter 2, Section 1 and Chapter 3 Section 3.2, of the health code. However, both sections are a bit vague.

"It shall be unlawful for a person to occupy, or permit to be occupied, any premises which is not equipped with a safe and adequate sewage disposal system for the disposal in a sanitary manner of all forms of sewage."

While this section is all-encompassing, there are more specific sections of the health code that lay out in what circumstances outhouses are allowed and where exactly they need to be. Neither of these sections were cited on the letter taped to the doors of Amish families. So, it's not exactly clear if they are in non-compliance with those specific regulations.

"Every existing building shall be provided with a safe and adequate water supply system."

One Amish homeowner said his water was tested by the state and was cleared as safe. However, we have not yet been able to confirm that information with the health department.

Additionally, there is a part of the Lenawee County Health Code that gives residents a bit of wiggle room. It says that individual variances can be made under these circumstances:

When we reached out to the Lenawee Health Department for clarification, a representative said, "This is an ongoing case, we have no comment."

HOW DO RELIGIOUS EXEMPTIONS WORK?

At the very least, he said, when someone challenges a regulation on the basis of religion, the county would have to prove:

In this case, the county's interest would be for public or environmental health.

The second thing they would have to prove is:

Broken down, this means the county would have to prove the regulation wasn't overreaching or didn't lump too many places together.

However, Strang said that in some cases the governing body would have to go a step further and provide evidence that something is causing harm. In this instance, he said, that would be the outhouses or water wells.

Exemptions for the Amish have already come into play in Michigan, specifically in relation to "slow-moving vehicle" signs. A case in 1988 found that requiring the Amish to display one of those signs was unenforceable. It stated that:

They are also exempt from paying into Social Security because they do not take out of it. They do, however, pay taxes.

The 30-day notice as marked is up on Friday. Technically, if they do not leave or comply with what the county wants, they could be jailed or fined. As of this writing, the community has not been evicted.

Some neighbors and advocates are working to find a solution, but it seems like no official plan of action is in place. When asked, one homeowner said that for now, his plan is to pray. He was adamant that his community isn't out to do any damage or cause any trouble. They just want to be left alone and live in peace.

RELATED: One person dead after truck hits Amish buggy from behind