Clyde-native Vince Golembiowski was just 17 years old when he enlisted to fight for our country. He sacrificed earning his diploma to serve. 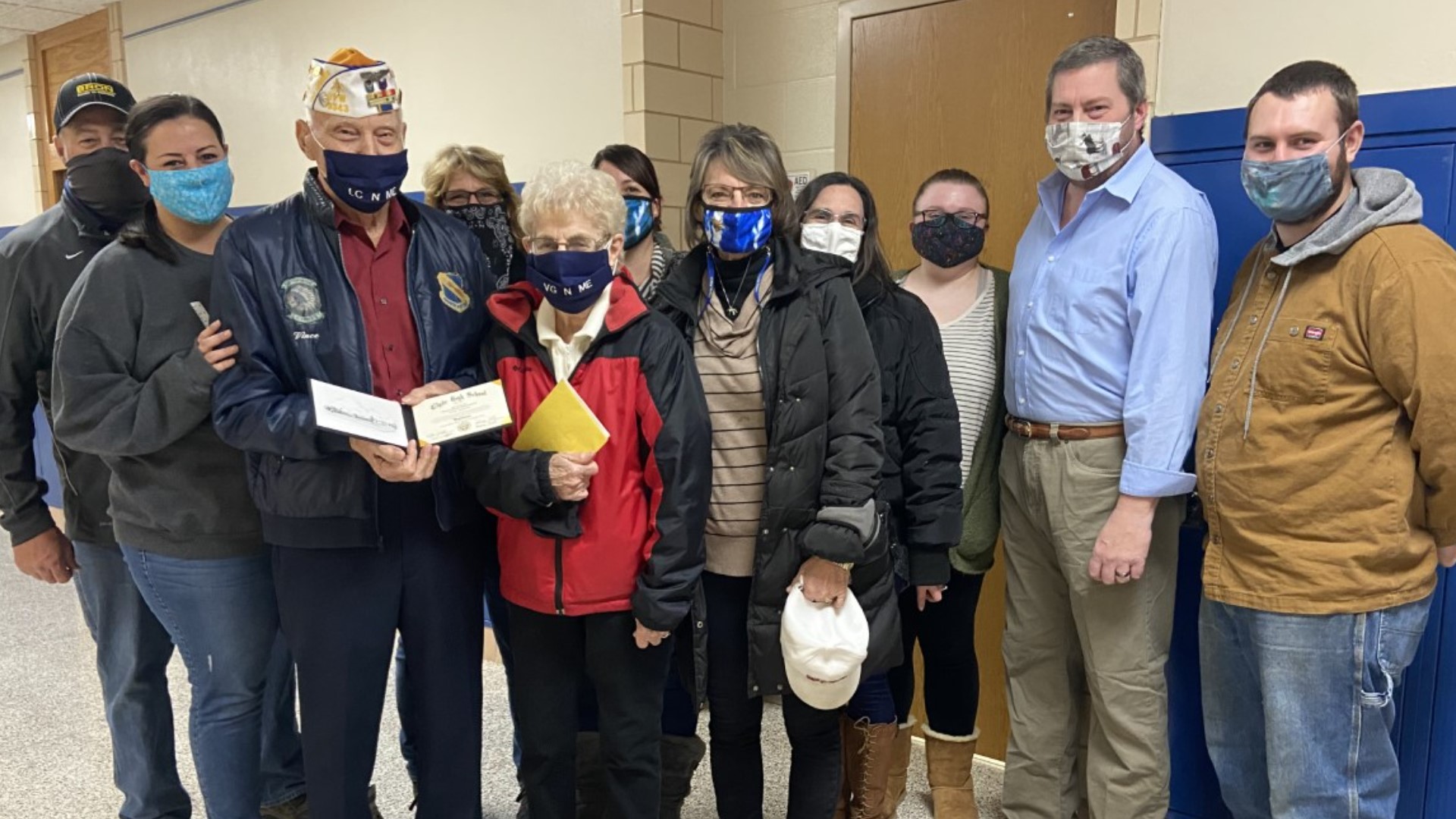 "On behalf of Clyde High School and the Clyde-Green Springs Board of Education, it is my distinct honor to thank you for your service to this country and to award you this diploma tonight," said Joe Webb, the principal at Clyde High School.

The diploma was given to 88-year-old Vince Golembiowski at the Clyde-Green Springs board meeting.

"At age 88, they just give me my high school diploma, which is a miracle," said Vince Golembiowski. "There are six of us left from the class of 1950 and we still see each other."

The achievement was made possible by his son, Michael Golembiowski, who Vince says has a tendency to work miracles.

"I was actually sitting in Fremont one afternoon and it was actually a thing on one of the local TV stations of some gentleman in his 90s that received his college degree. So I got to thinking, well, you never see of anybody getting their high school diploma at that age," said Michael Golembiowski.

So he contacted the Clyde-Green Springs School District and surprised his father on Christmas with the announcement.

Then on Monday, it became official with an actual diploma finally handed to Vince.

It's another accomplishment for the war veteran, who left high school to fight for his country at the tender age of 17.

"I've had the opportunity to be a crew chief on the F-86 jet fighter. Crew chief on the C-54 four-engine transport. I've shaken the hand of Syngman Rhee, the president of South Korea," said Vince Golembiowski.

Now, he holds a diploma in his hand.

"He left school to enter the Korean War and serve our country. And whenever you get the chance to honor somebody who has dedicated to our country to that extent, it's special and so we feel great for Vince and his family tonight," said Webb.

Michael says it's a way of him returning the thanks to his father.

"My dad's always done so much for us. I mean, he's always there so it's just a way of, you know, being able to return something. I know it's always been missing in his life," said Michael.

It's a deserving moment for a war vet who put his country first.

"I never, ever, at 88 years old... I had no idea at all something like this is possible. But boy, I'm totally grateful. Now I can go out and get a job. I got a diploma," said a joking Vince Golembiowski while grinning.