TPD launched an investigation into Braylen's death Sep. 9 after the 3-year-old's body was found in his apartment complex's pool. 6 months later, questions remain. 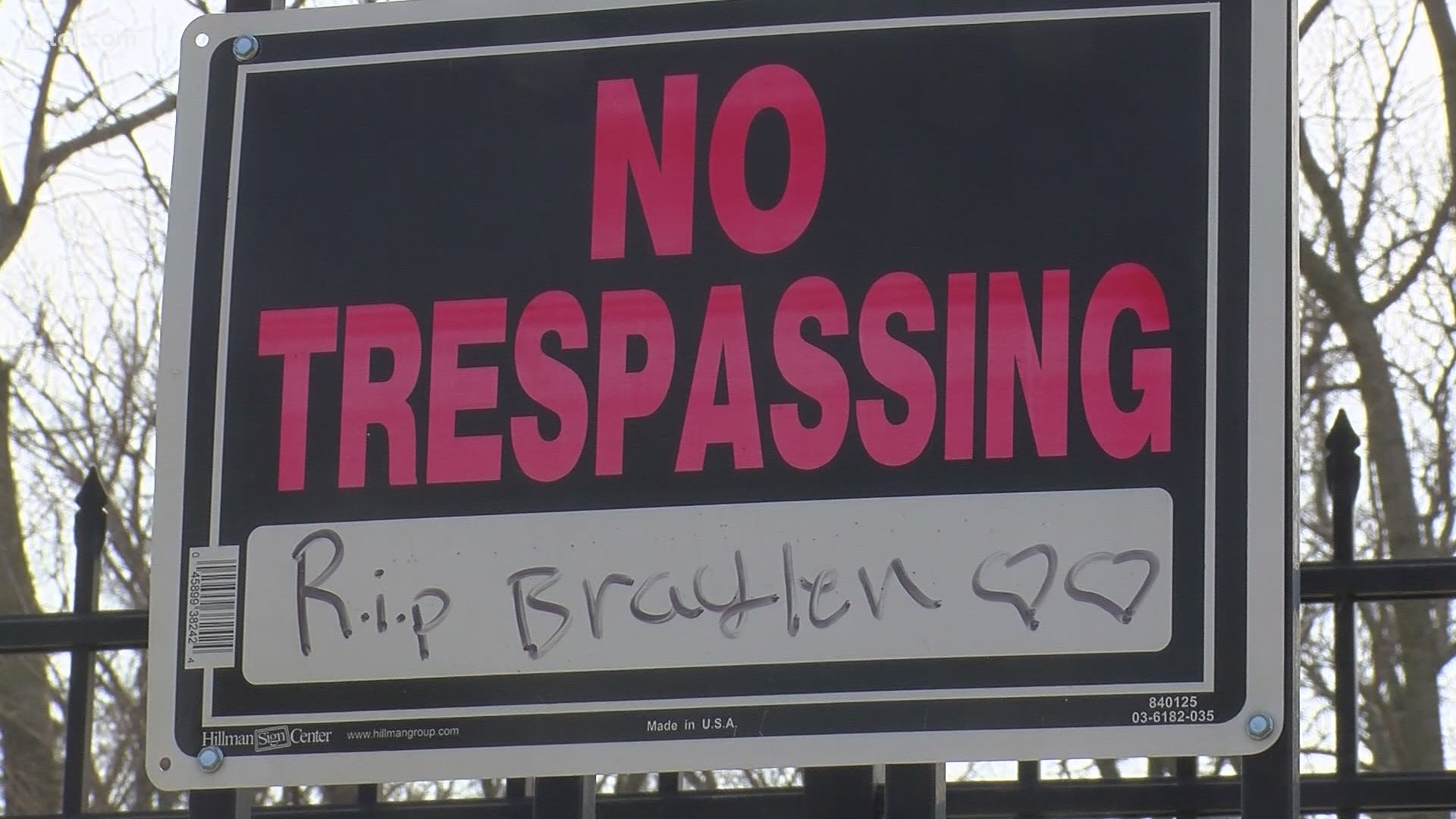 TOLEDO, Ohio — The Toledo Police Department launched an investigation into the death of Braylen Noble on Sep. 9 after the 3-year-old's body was found in his apartment complex swimming pool.

The child, who was nonverbal and had autism, was reported missing from the 3400 block of Gibraltar Heights Drive at Hunter's Ridge Apartments. His disappearance triggered a massive search by private search groups, law enforcement and the FBI.

Now, six months later with no updates from officials on the investigation, community members say they won't stop fighting for answers in his death.

The swimming pool had been searched by divers the same day Braylen went missing, but nearly a week later, police found him floating face-down in the murky water during another search of the area. Police said it's common to revisit already searched areas to see if anything was missed.

Members of the community placed multiple balloons, candles, signs and stuffed animals along the perimeter of the pool to pay their respects. As of Tuesday, Mar. 9, only one small stuffed animal remains near the pool, as well as a scribbled message on a 'No Trespassing' sign on the gate that reads, "RIP Braylen."

RELATED: Community feeling trauma and grief over the loss of Braylen Noble

Lynn Ethington was one of many who volunteered to search for the missing boy for four days until police found him on the fifth day.

"We were hoping to bring baby Braylen back safe and sound but unfortunately, that wasn't the case," Ethington said.

A cause and manner of death haven't been determined and a spokesperson for the police department said they can't make an arrest if his death isn't ruled a homicide.

Initial details on the autopsy of Braylen by the Lucas County Coroner's office found no obvious signs of trauma on his body, and said drowning has not yet been ruled out as a cause of death. Multiple calls to the coroner performing Braylen's autopsy have gone unanswered.

Braylen's mother, Dajnae Cox, had told WTOL 11 that Braylen was last seen in his bedroom. She was on the back balcony and her mother, Braylen's grandmother, Bobbie, was in the living room.

There was a window open, so the assumption was he had fallen out the window because the screen was pushed in, although neither woman saw him actually fall.

Ethington, who is a mother herself says not having answers has been frustrating. "This baby needs to have justice and closure so he's able to rest in peace."

Jeffrey Holloway, Braylen's grandfather, told WTOL 11 off-camera that he's growing uncomfortable because he wants answers too. Requests for an interview with him or his family went unanswered.

The property manager of Hunter's Ridge Apartments said they'll be getting surveillance cameras placed all throughout the property for security purposes, hopefully by this summer. The Braylen Noble death investigation was partly the reason why they decided to invest in the cameras.